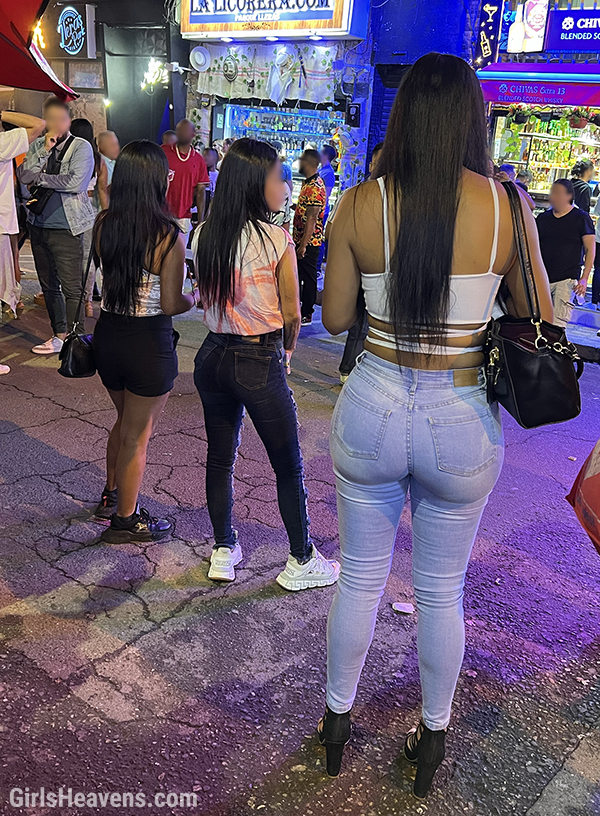 Few countries are better for meeting girls for sex right now than Colombia. The secret is finally getting out.

This country is relaxed, scenic, inexpensive, and absolutely full of beautiful girls that are often drawn to foreigners. For those that have either grown weary of spots like Brazil and Argentina, or are simply wanting a new experience, Colombia is the top choice.

Medellin is without doubt the most popular city in Colombia. While the insanity of the drug wars left a mark in the 80s and 90s, Medellin has come a long way back from the lawlessness and general upheaval that ravaged this amazing city for so long.

If you’ve been anywhere in the country, you have probably heard of “paisas” at some point. These paisas are girls from the state of Antioquia, which Medellin happens to be the capital of. There are over 2 million people spread out over the hills and changing terrain of this city, and about half of those are paisas.

These girls are among the most beautiful you’ll encounter. It’s actually kind of weird how many beautiful girls are here. Supermarkets, bars, gas stations – literally everywhere you go. Dudes here are seriously spoiled in terms of finding hot and easy going Latina girls for sex.

If you’re traveling through Colombia and are wondering about the best cities to meet girls, Medellin has to be on your list of stops. In fact, you might want to mark a week or two off just to stay here and experience it in all its glory.

There are a few things to keep in mind before arriving, if you want to have a successful sex vacation and meet as many girls as you can.

Medellin is a very cultural city, and they have taken great pride in coming back from everything that happened here decades ago. The city is actually very nice in most parts, and has plenty of urban center action that keeps it bustling.

Of course, as with any city, there are some bad parts you’ll want to avoid. Always be careful when going out at night too, and only walk where there’s plenty of other people and lots of lighting. Take a taxi or Uber as much as you can.

The mayor recently announced a crackdown on the sex trade, especially in terms of escort services that set up clients with girls. This is mainly due to underage girls being peddled. If you think someone may be too young, get away from it. There are plenty of legal ways to have sex with a Colombian hooker, mostly by way of street freelancers and massage parlors, although some strip clubs and informal brothels are a good source too.

The girls in Medellin can be a bit shy, especially at first. Your best bet is to be the one that approaches, and you’ll usually know if a girl is into you because she’ll make it very obvious. Social circles are crucial here too. If you want to have sex with a “normal” girl (no prostitute), you have to make friends with her group, which will include other guys.

It’s all good though. Just make friends with the guys by introducing yourself, buying a few drinks, and they’ll be sending their girl pals your way before you know it. That’s just how it is here. Join the party, get rewarded. Knowing Spanish, or at least knowing some greetings and phrases will go far too.

The 2 main nightlife areas in Medellin are El Poblado (most foreigners are here, it’s the nicest part of the city) and El Centro (mostly locals here, but it has the best brothels and basically a huge red light district).

One last thing. Pay close attention to your appearance. Yes, if you’re an obvious gringo you have an advantage, but grooming and clothing choices are crucial. Trim that beard down short, trim your nose hairs and eyebrows, and if you have bushy armpits, shave them. Yes, seriously. Also, don’t wear shorts or sandals, especially if you want to get into the clubs.

Here are the five best places to meet girls for sex in Medellin:

Like most cities in Latin America, bars aren’t always the best place to meet girls for sex, but you can still have some success, and meet plenty of nice Colombian chicas as well. The bars aren’t so lively during the week, but Thursday through Sunday is a good time to visit some.

The girls will often be out in groups at bars, so you’ll have to approach them and try to meet everyone, before feeling out your prospects. Expect to buy plenty of drinks. Small talk is easy, just ask if you can join them, and ask if they want anything.

El Poblado is the nicest and most developed area in the city that is the main hangout spot for tourists, expats and locals. You can hang out in Parque Lleras and drink by purchasing beers from vendors, or make your way to any of the surrounding bars. Also, you’ll be overwhelmed (in a good way) by the huge amount of incredibly hot street ladies all over the area who would love you to be their next customer. Check out my video down below and you’ll understand what I mean.

The currently most popular nightclubs are Gusto Night Club, Sweet Jesus Mine and 881 Club. Expect to pay around 15,000 COP for a beer in the bars and clubs, and be aware that some places try to overcharge foreigners, for example, I went to have a Heineken at Hookah Bar (for the views of the ladies down on the street) and they charged me 25,000 COP. I paid with a 50k note and received only 22k change.

There are lots of brothels, strip clubs and massage parlors in Medellin that all come down to one thing: sex with a super attractive Colombian lady for an amazing price.

Brothels such as New Life are obviously most straight forward: You go in, several hot chicas come to you one after another and introduce themselves (like “Hola, Claudia, mucho gusto”, usually even with a handshake), you make a choice, follow her to one of the rooms, have sex, take a shower, pay at the cashier, and go on with your day.

Strip Clubs such as Playmates Bar Show or Barra Ejecutiva are (like the brothels) almost exclusively found in El Centro and mostly frequented by locals, though of course you are very welcome as a foreigner (and treated nicely without being overcharged). Here, you would take a seat and order a beer first (usually around 8-10k) and enjoy the views of the ladies dancing or randomly walking around. Lady drinks are like 10-15k and you guessed it, they are available to bang in a room in the same building for 100-120k including the room rental.

And happy ending massage spas such as Spa Fantasias Energy or Loutron combine relaxation (pretty good massages) with romance and sex with a hot Colombian lady of your choice. The prices here vary a lot more (160-350k), so check out my detailed guide with even more locations and info here:

The most prevalent type of prostitutes in Medellin are the street hookers. You can find them in the city’s 2 main red light districts: El Poblado and El Centro.

The street freelancers in El Poblado are kind of exclusively looking for foreigners and that’s partly because they have very high price expectations (for Medellin standards) from 250,000 COP up to 100 USD (this is often the first price they tell you when you inquire), and partly because they are super attractive. Seriously, of all the places I’ve been to, nowhere I have seen street hookers this beautiful.

And down in El Centro around the Parroquia de la Veracruz and Carrera 53 (locations on the map below, blue pins) things are a bit more rough, but still relatively safe if you’re careful of your surroundings, and there’s also police presence here. For a price between 30k and 70k you can get a sex session with a prostitute including a very basic room usually right inside the building where the senoritas are standing in front of. No joke, it’s that cheap. The women are obviously not the most attractive you can find (and be beware, also plenty of shemales), but you’ll definitely find some awesome asses and yes, also plenty of Venezuelan girls.

As you can see, the freelancing industry in Medellin is huge, and that’s not even everything: Apart from the chicas on the street, there are also thousands of ladies more discretely offering their services online, which brings me to the next section:

If you’re having trouble having sex with Medellin girls the conventional way, or if you want to sample some of the finest talent in the country, escort services are prevalent and an easy way to bang a very hot Colombian girl. You’ll definitely have to pay up for it, but it can be more than worth it.

Agencies are the easiest method if you are looking to have someone come directly to where you’re staying. Mileroticos is one of the better agencies you can use. Most girls are around 300,000 COP for 90 minutes, and you can negotiate for more hours, or a full night but that’s quite expensive. Escorts Fantasia is another great service with even more girls to choose from, for about the same prices.

And like I’ve mentioned in the previous section, since freelancing is such a big thing in Medellin, there is also a website with countless of freelancers called Pasion Prepagos. Notice the word “prepagos” which literally translates to “prepaid”, but is commonly used for freelancers in Colombia.

If you want to meet girls in Medellin that are both super attractive and fun to hang out with, using a dating site is probably your best option. Seeking Arrangement is a hugely popular dating site both among expats in the country as well as tourists who want to meet up with nice local ladies.

Medellin is truly one of the best cities in the world for meeting young and attractive women for sex. They’re hot, they’re friendly, and they are easy to hang out with. This is really an amazing city in many ways, and one that you’ll have a good time in even when not chasing after the gorgeous paisas here.

As long as you keep in mind what I’ve mentioned, and plan accordingly, you surely have a trip to remember.

Map of Places to Meet Girls in Medellin

Video of Girls in Medellin