The Different Types and Costs of Hookers in Colombia

In case you didn’t know already, Colombia is quickly becoming a perfect destination for sex with hot Latina girls. Yes, the country had its share of problems back in the 1980s and 90s, but things are much different now, and it has mostly mellowed out. This has resulted in a booming sex industry that is one of the most accessible and economical in the entire region.

Like most countries on this continent, prostitution is totally legal, and somewhat regulated. This means that you have a wide array of options when sampling the local talent, regardless of whether you end up in Bogota, Medellin or even Barranquilla.

It’s also a lot easier here to pick up girls than in some other countries nearby. Colombian girls are much more outgoing, and don’t try to be as discreet about everything. Now, you can always try your luck at the clubs and bars, but if you want a sure thing on demand, you can pay. And there are plenty of places to do so here. 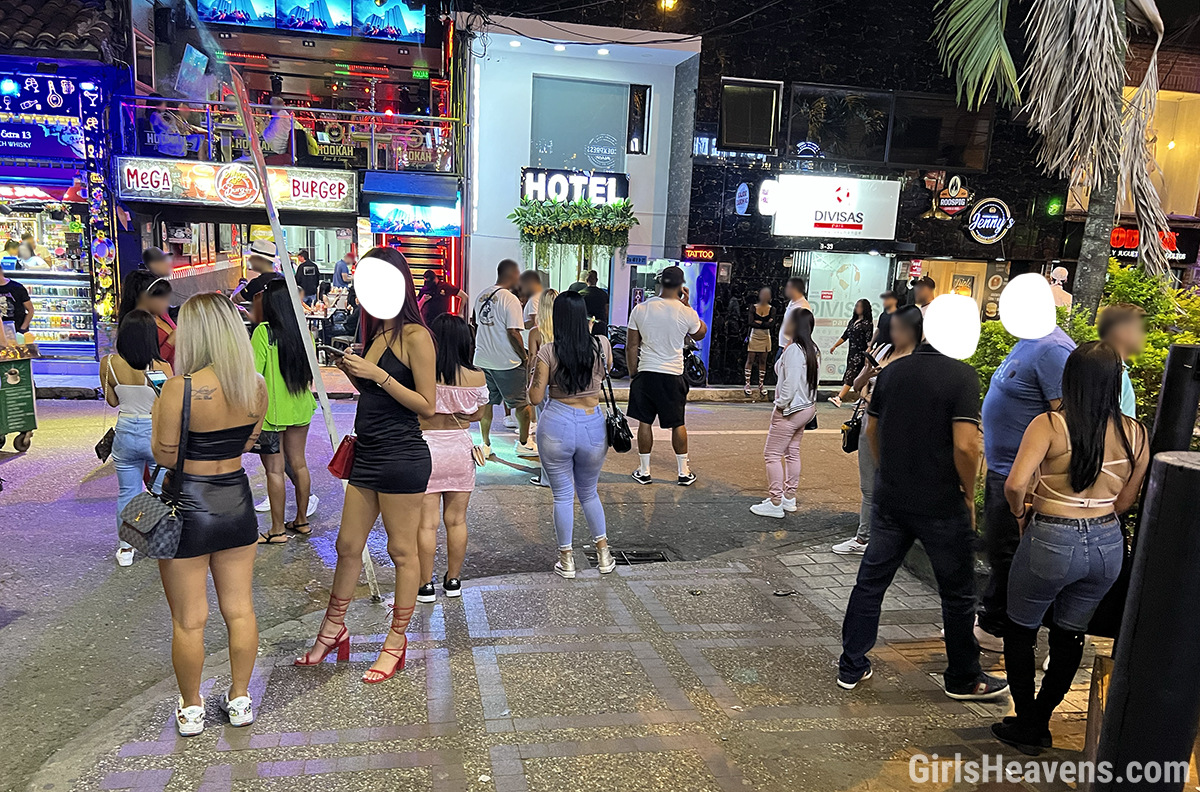 Colombia is already one of the most affordable South American countries to visit in general, so it should come as no surprise that you can get some great literal bang for your buck. You have numerous options when paying for sex here, and in this guide I will present you the full overview of hookers in Colombia and how much they usually cost.

Here are a few things you should know beforehand, however.

As with most cities in SA, it’s best to not be on the streets late at night, unless you have a group of guys with you. This is especially true in the red light district of Bogota. You are normally fine during the day, but make arrangements to either be out by nightfall, or get a cab.

Also, one more obvious thing to remember: Don’t leave your drink unattended unless you have friends with you. The whole ‘drug someone and take all their stuff’ thing is still in full effect across the country, so if you’re an obvious gringo, people will notice.

And finally, make sure you have extra money for a love motel. While the hotels and apartment rentals in Colombia are much more accommodating when it comes to bringing ladies back with you, there’s a good chance you aren’t staying anywhere near a lot of the areas where you’ll be picking up these women. There are lots of love motels spread around the cities, so you’re better off going there instead.

Okay, on to the costs.

Like many South American countries, brothels aren’t allowed in Colombia, but that doesn’t mean there are ways around it. Nearly every strip club in the country is a loose form of a brothel. The process is fairly simple, as you watch the girls as you normally would, and then approach her after the dance if you’d like to see some more of her moves. There’s often other working girls walking around in the club as well.

Most of the time, the club has private areas for sex, although you can pay a fee to the club so you can take the girl with you elsewhere (like to your hotel). This often involves paying her a bit more as well, as you’ll be occupying more of her time. Still, you get a better bargain this way in terms of the amount of time you have, and often a better overall experience.

Something to note: If you want “front row” seats when watching the various girls perform, you’ll often have to purchase a bucket of beers, or a bottle of whiskey. Just standard procedure here. The highest spenders get the best seats.

You will probably run into a freelancer in a regular bar sooner or later. Those are often really difficult to spot, because Colombian girls are naturally very outgoing and social, so it can happen that once you invite her back to your room, she will suddenly come up with price talks.

If you are cool with paying for hookers, then that shouldn’t be really a problem: If she is a “normal” girl who just wants to have fun, then that’s great, and if she turns out to be a freelancer, then just hand her some cash when you send her home.

Brothels do exist in Colombia, and this doesn’t include the strip clubs that basically act as brothels. Still, some brothels still have strip shows from the girls, it just depends. Colombian brothels are basically bars where the manager has all chicas come to you one after another and briefly introduce themselves, you choose one (remember the names of your favorites) and then head up to a private area for sex, usually for 30 minutes.

Some brothels will charge a small fee to get in, usually not over 10,000 COP (or only payable if you leave without choosing a girl). The easiest way to find brothels is just to head to the red light district of whatever town you’re in. There will be plenty, and they’ll usually have at least 15 girls working. Most of these brothels are a little more informal than the ones you’ll find in places like Rio de Janeiro, so don’t expect nice rooms with jacuzzis and such.

The massage parlors usually offer the best value. These massage locations are spread throughout the cities, and don’t typically center around the sketchy areas where brothels and certain strip clubs are. The amount of girls at each location can vary, often from 3 or 4 girls, to 10-15 in some of the nicer spas.

The quality of girls at these massage spas are often better than expected. It may take you a day or two of exploring, but you can usually find a location or two that has more than just a few hotter girls to choose from (if you’re allowed to choose).

“Relationship on your terms” is the slogan of the sugar daddy dating site Seeking Arrangement. I didn’t know there’s such a huge amount of girls who are willing to be your girlfriend in exchange for financial support until I checked it out myself. This site has not only girls from Colombia, but all over the world, so you can find a travel companion wherever you go.

You can find some massively hot women on the escort services, and they are almost always able to come to your location, which saves you a lot of time, convenience, and money.

There are numerous escort sites online you can look up. These sites allow you to browse through scores of girls until you find the right one you’re looking for. In some cases, you can narrow things down to hair color, body type, services, age, and more.

Well, this certainly isn’t going to be your first option most of the time, but that doesn’t mean there aren’t plenty to choose from. There are a ton of street hookers in Colombia, and as usual, they are the cheapest. No matter what city you’re in, they are easy to find, especially in places such as Bogota and Medellin that have designated areas for them.

As with any other city, be smart. Don’t put yourself in a bad situation, and always use protection. If you are going to go out and scrounge for street hookers, you’re best off doing so in the daytime, as it’s much safer, and you have a better idea of what you’re dealing with.

Alright, hopefully you have a good feel for what you’ll be spending on hookers during your time in Colombia!