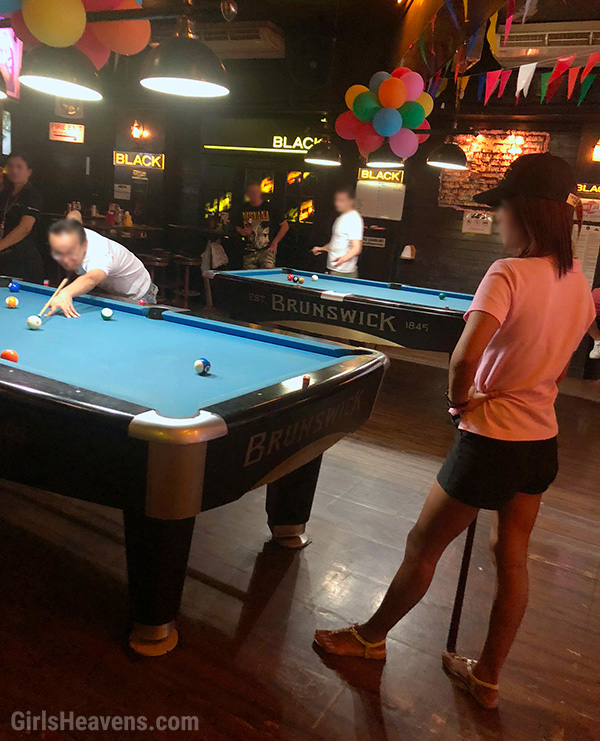 It’s no secret that the Philippines and Thailand are incredibly popular places for guys to visit when trying to meet and have sex with beautiful southeast Asian women. While close in proximity, and within the same region, these two countries have plenty of differences worth noting.

If you’re trying to decide which to visit for your next holiday, it can definitely be tough if you’ve never been.

Curious as to what the differences are, and which country has the advantage over the other in certain aspects? You’re in the right place.

Thailand as a whole is already set up well for tourism in all the major urban areas, and also most of the beach towns and resort areas. Cities like Bangkok and Pattaya are popular for all sorts of travelers, which means the entertainment options at night are not only plentiful, but also nice for the most part.

In Thailand, you’re getting a combination of an abundance of locations, and also a level of quality that you won’t often find in other parts of the world. This applies to both standard bars and clubs, and also ones that cater to guys looking to buy some time with the girls. It doesn’t matter if you’re in Bangkok or Phuket, you can always bank on great nightlife options.

In other words, there’s everything you could possibly want, and more than enough of it — and things seem to be getting better and better each year. There’s a lot of fun to be had here, whether you’re at a sports bar, gogo bar, nightclub, or really anywhere else. You’ll encounter locals, working girls, and some expats as well, and have a great time in the process.

The Philippines as a whole has come a long way from the early days of the 90s and 2000s when guys were first kind of figuring out that this was a great place to visit and even retire. The outgoing vibe of the people here carries over to the nightlife, which can vary in terms of quality depending on what city you’re in. This is a theme that runs throughout the Philippines actually, since it’s a giant cluster of 7,000 islands, each with their own subcultures, geographical features, and even ecosystems at times.

With that said, the level of nightlife is entirely dependent on where you are staying. If you’re in smaller beach areas, you’ll have limited options. If you stay on an island like Boracay, you’ll get the combination of beaches during the day, and a vibrant nightlife scene that’s crammed into a few areas that are all connected. Stay in Manila, and you’ll deal with a shit ton of people and traffic, but also have the advantage of areas like Makati, which is the epicenter of nightlife in the country (sports bars, go go bars, KTVs, clubs, etc).

And Angeles, well I probably don’t have to mention that it’s one of the biggest sex meccas for guys from all over the world.

Thai women are renown all over the world, and I really don’t think it has to do with the fact that they are in a wildly popular country to visit for sex. The women here have a look and vibe all their own, with a mysterious allure that tends to get a lot of men hooked for life.

Although a bit shy and reserved, Thai women are insightful, perceptive, and sometimes deceivingly wild as well. That’s just the culture here. As a primarily Buddhist country, the values and actions carry over to how the women act. They tend to stay reserved when out in public, and have a firm control over their emotions for the most part. Of course this can often change when they are out at night, but the point remains.

As far as their sexuality, Thai girls can be fairly hit or miss. You may encounter some girls who just kind of lay there during sex, while others may have a higher sex drive than you, leading to some pretty wild nights. It’s safe to say you’ll typically be dealing with girls who are a little more laid back. In terms of looks, Thai girls are often slender, and not the most curvy, but still have amazing bodies. English can be an issue at times, but most girls here that you’ll want to spend time with will be decent at speaking English.

This is one of the reasons so many people love this place. I don’t know if it’s because of the Spanish blood running through these girls, but Pinays are incredibly outgoing, fun, and usually awesome to be around. They treat you like royalty, genuinely laugh at your jokes (and understand them!), and actually seem to have fun hanging out with foreigners. They can be a little too expressive and jealous at times, but that’s all part of the experience.

For the most part, if you’re a white dude visiting the Philippines, you’re going to get a lot of attention, and already be at an advantage when you’re out in the clubs at night, or out during the day at the malls and cafes trying to get some dates lined up.

Filipinas are fairly curvy, and a little dark, while still having facial features often associated with the majority of Asian women. This is a potent combination, and can at times more than make up for the fact that these girls are not usually as pretty as women from Thailand. In terms of sex, their performance and drive matches their personalities. Pinays love sex, and even when you bang a working girl, she may seem to be having more fun than you.

Thailand has a reputation for offering first world quality for third world prices, and that’s mostly true. In general, Thailand is a very nice, safe, and mostly clean country in the areas you should be visiting, and it’s not going to cost you too much, even in the nicest resort towns and spots.

If you think the prices in Thailand are low, you’ll love the Philippines even more. Unfortunately, this means trading a solid infrastructure and clean cities for the more run-down and chaotic, but that’s the way it goes sometimes.

Prices for girls will depend on your negotiating skills, and on where you are, but if you’re picking up a bar girl, expect to pay about 500 Pesos for the bar fine, and then about 2,000 Pesos for short-time, which is a total of about $46 USD — very cheap indeed.

I know a lot of guys are split on this subject, and in some ways it’s all subjective. For the most part, the prettier and quieter girls are in Thailand, while the curvier and wilder girls are in the Philippines. Nightlife is certainly better in Thailand, but it’s also going to cost you more in the process, both in and out of the bars and clubs.

I personally prefer the Philippines, but I could definitely see why other guys may feel the opposite. My advice would be to visit both and see how you feel.