For guys looking to meet some hot Latin girls a little closer to the States while still getting an island vacation, Cuba and the Dominican provide two very alluring choices.

The Dominican Republic and Cuba are two Caribbean countries that are relatively close to each other, but are they similar at all? Well, yes and no. Cuba is unlike anywhere else you’ll ever visit for some fairly obvious reasons, but it does share a few similarities with the Dominican.

In this article, we’ll look at how the two countries stack up against each other in the three main categories most of us consider the most when deciding where to go for a “guys vacation”.

Given the uniqueness of the two countries in comparison to many others, this should be quite interesting. 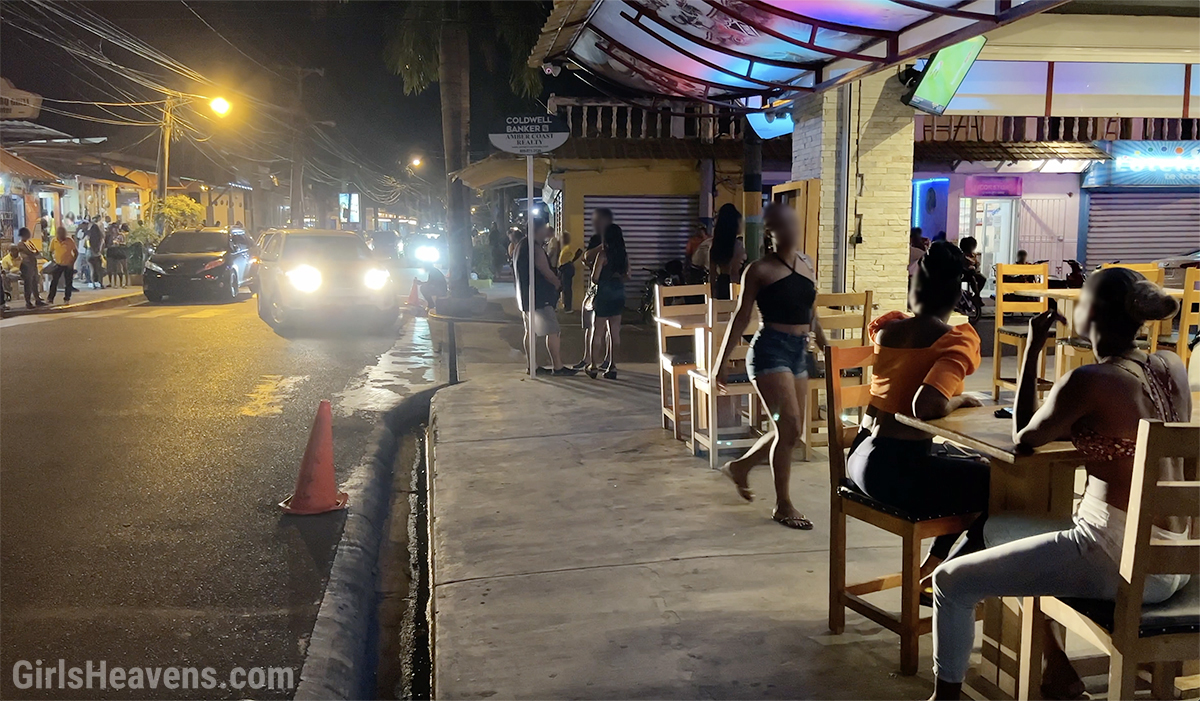 As far as nightlife goes, the DR is not as refined as some other island destinations, but that works in its favor for the most part.

The capital Santo Domingo is a bit more established and developed, but beach towns like Sosua have plenty going on as well.

Still, don’t expect a lot of top-tier club experiences like you get in some other Latin cities. There are some nicer places, but few and far between.

With that said, the bar scene is pretty lively, as girls hang out at bars just as much as nightclubs during the evening — and not few of them are available for a price.

The DR is still seen as more of a budget-type getaway, so you’ll run into a lot of expats and tourists when going out. The casino resorts can be an interesting experience, and tend to be the places that always have something going on, and with the most people present. Regardless of where you end up, you’ll have some aggressive women trying to get you to partake in their services, which can be annoying for some guys.

What can I say? Cuba has a lot going on at night, but there is a sense of fakeness to it all, since almost everyone there is poor as hell, and mostly putting on a face to impress tourists, especially since 2016 when travel restrictions were eased between the U.S. and Cuba.

That doesn’t mean you can’t have a great time, however. Cubans love to party, and the bars and clubs there are always lively at night, emitting culture in every way. You’ll encounter your fair share of locals, but also a lot of tourists, especially from other Latin countries. It’s really the only place you’ll experience this.

Vedado, the business district of Havana always has a lot going on, and some awesome clubs and bars to check out. Old Havana has about the same level of activity, but taking a simple walk along the Malecon Sea Wall is where you’ll meet all the normal locals. They’ll all be hanging out, chatting it up, and offering you a drink or two. It’s a unique and fun experience in every way.

Dominican women are a handful in a lot of ways, but also a lot of fun. They are feisty, adventurous, and very sexual. They are also petty in terms of material possessions, and will almost always expect some kind of payment if they sleep with you. This can be anything from cheap jewelry, to dresses and perfumes, to lingerie. That’s just how it goes. They are also typically on the prowl for a sugar daddy to extort money from when you get back home.

Still, if you are aware of the game before you arrive, it’s all part of the fun.

As far as looks go, anyone that’s been to the DR knows how hot the ladies are. It’s hard to pinpoint why exactly, but Dominican women have a certain look, along with curvy bodies on skinny frames. Lots of light skinned Latinas, some mulattos, and also some Haitians from across the border. Truly something for everyone, and exotic in every way.

Just as with Dominican women, Cuban women have a certain look that’s hard to pin down, but you almost always know when you see a Cuban lady. Most have a lighter skin tone, with strong facial features, and very fit bodies.

But what about attitudes? Just as with everything else, the political situation has a big effect on everything in Cuba, and that includes how people act. The girls in Cuba are very confident and proud, despite most of them being very destitute. It’s an even playing field though, so egos there are kept in check. You’ll find the women to be friendly and outgoing, easy to deal with, and free of drama. It’s refreshing in a lot of ways.

However, prostitution in Cuba is illegal by law, in contrast to the DR, which can complicate things.

If you didn’t know already, the Dominican can be fairly cheap when compared to other destinations. The country is definitely on the poor side, and a bit rundown in some areas. The island setting adds some charm to it though, and minimizes the developing country feel most of the time.

Unless you’re staying at one of the few 4 or 5 star hotels, your accommodations are going to be cheap, along with your food and drinks. The main cost is the airfare to get there, it’s easy to stay for 2 weeks on a small budget:

Two weeks in the Dominican while watching your costs just a little can easily stay around 100,000 DOP for the two weeks, which is about $2,000 USD. Prices for girls are generally cheap too, especially if you can haggle a bit in Spanish. You can have sex with some solid 7’s, 8’s, and 9’s for about 1,700 DOP ($35) for a session.

For a full breakdown, check out my costs guide to the DR.

Cuba is actually one of the only places in the Caribbean cheaper than the Dominican — and by a lot. It’s one of the best travel values, period.

In most cases, you can survive on around $75 a day, and that includes food, transportation, drinks, and whatever else. Renting a car and staying in a “casa particular” will save you quite a bit of money too. It’s crazy how cheap everything is, and there really aren’t any bad areas of town when you’re in Havana, as crime is low due to severe punishments, and the government’s commitment to protecting tourists.

If you manage to get a girl back to your place (or hers), it will only cost you a small amount of cash if she requests it, or a small gift.

Again, picking an overall winner here is a little difficult due to the two countries being so opposite in regards to the atmosphere and laws. With that said, the Dominican is way easier to have sex with a local girl at, so based off of that alone, it gets the edge over Cuba.

The girls are so plentiful and confident in the Dominican, you have to go out of your way to not have sex with them. In Cuba, while the experience is very different and pleasant in a lot of ways, banging a girl there is rather complicated and hard. While it is a cheap and beautiful place to visit, I’d only recommend going if you’re more focused on the actual tourism aspect, with the possibility of meeting some local girls.