Mexico is one of the top tourist destinations in the world, which shouldn’t come as a surprise to the majority of you. This is a huge country after all, and it is incredibly diverse in terms of geography, and also many of the main cities.

It’s easy to think of Mexico as some generic beach tourism destination due to the sheer amount of resorts situated on the gulf, the Caribbean, and the pacific ocean. This is understandable, but you must know that there is much more to Mexico than just white sand beaches and spring breakers. I mean, those are all well and good, but there is a lot to be found further inland as well.

As far as meeting girls for sex, it’s hard to think of many other countries that are better. The women here are surprisingly diverse depending on the region you’re in, and the expat population is pretty strong as well, leading to a number of different options and opportunities.

Fortunately, Mexico as a whole makes it easy to find both pro and non-pro girls, so if you’re striking out at the club or with your day game, you can always go with an escort, hit up a brothel, and sometimes find some decent street prostitutes as well. There’s something for everyone.

Another good thing is the costs here. Mexico isn’t as cheap as some other places, but you can still get by without spending a ton of cash, even in metropolises like Mexico City.

It was hard to narrow things down, but I’ve come up with the current picks for the 5 best cities for girls and sex in Mexico. Yes, some resort towns are included for good reasons, but there’s plenty of diversity here. I think you’ll definitely find the info helpful to start planning your route.

When deciding on these cities, I used a combination of certain criteria, including quality of girls, foreigner appeal, safety, attractions, and overall experience.

Well then, let’s get started. 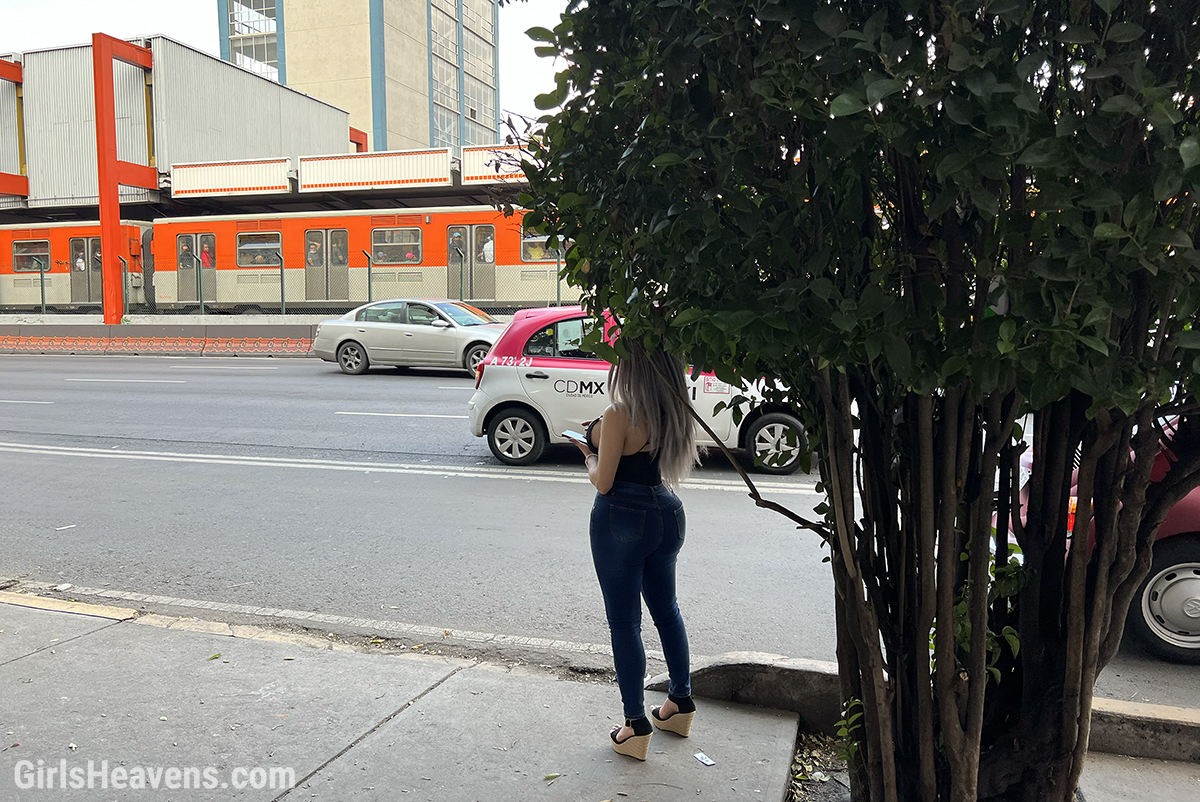 Mexico City is not usually the first city on someone’s mind when thinking about both tourism and meeting girls in this country, but it probably should be. As one of the top five biggest cities in the world, the sheer numbers alone make this a crucial destination when wanting to hook up with some sexy Mexican girls (and plenty of non-Mexican girls as well.)

This city is actually very cosmopolitan and safe for the most part, as long as you use the same common sense you would when going about your way in any other major city. The people are very friendly and genuine, and love helping you find your way around and give recommendations. There are a ton of bars and clubs in the downtown area, which is divided up into several different parts.

There are a ton of different escort services here as well, plenty of brothels and massage spas, strip clubs, and pretty much whatever else you’d need (including countless of “normal” girls you can meet by using the dating site). They’re all very easy to find. Most of the girls here actually live on their own instead of with family, and are much more willing to have one-night stands.

Zona Rosa and Condesa are the two best places to be in terms of meeting girls, particularly in Zona Rosa. The nightlife scene is very vibrant in this neighborhood, and you can find some high-quality working girls hanging around some of the bars at night too. Definitely make a trip here at some point. 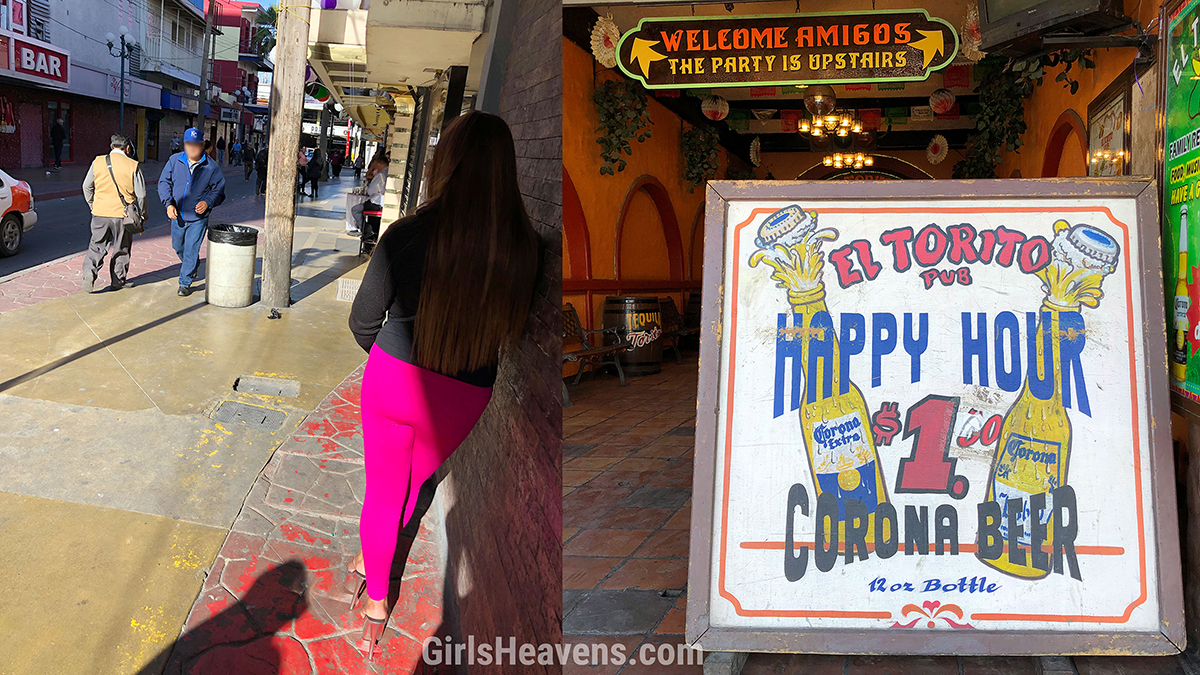 I probably don’t have to tell you much about the border town of Tijuana (but I still do): It has one of the largest red light districts in Northern America (Zona Norte) and is not only popular among Americans who do a quick day trip across the border from San Diego to enjoy some authentic tacos and some of the hottest Mexican girls you can imagine.

Surprisingly, the most attractive girls here are not always working in the pricey strip clubs (well, the prices are still very reasonable compared to the US), but right on the street. Just walk along Calle Coahuila any time after noon, and you’ll see countless of ladies who are all up for some short time fun in a room nearby.

And Tijuana doesn’t only have to offer a lot in terms of prostitutes, but also in terms of regular dating: There is a beautiful promenade in downtown with many atmospheric bars and restaurants (check out El Torito Pub which has live music, mechanical bull riding and believe it or not Corona Happy Hour for $1 a bottle till 6pm) and also a popular beach just 5 miles from downtown (check out the famous border fence you can also see towards the end of my video on YouTube). 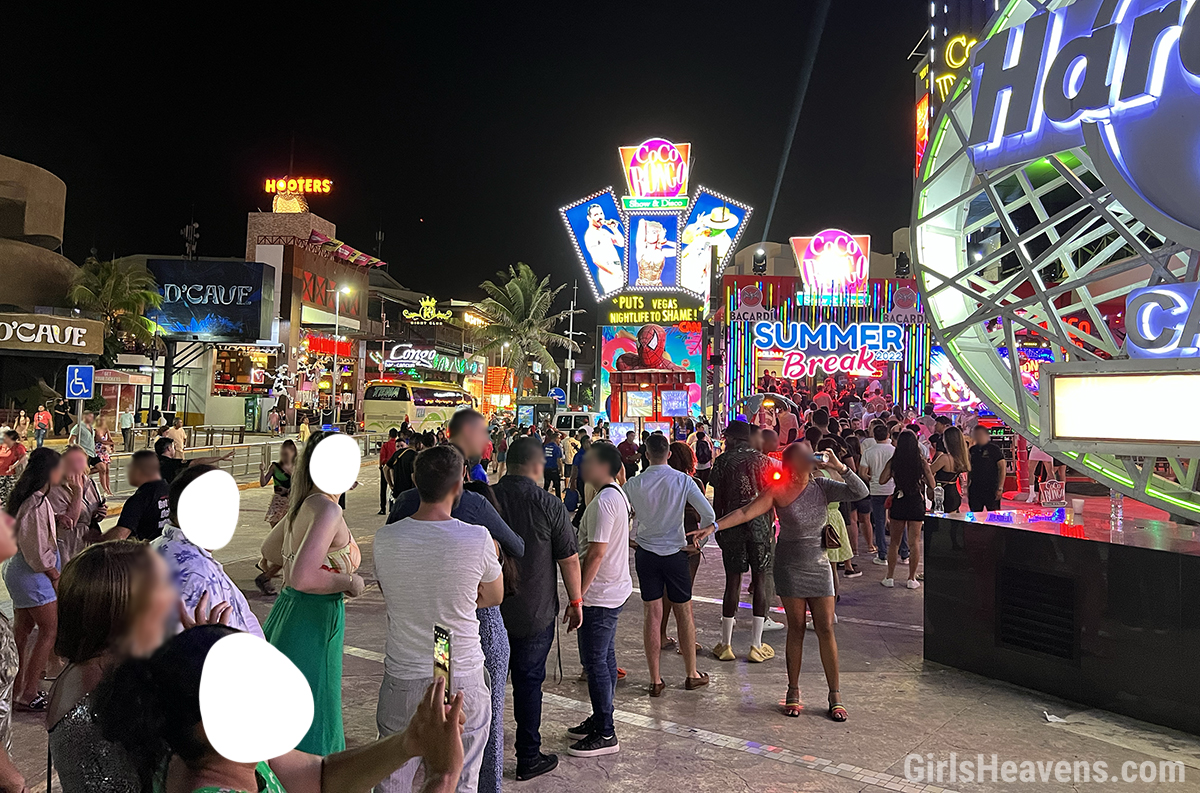 Yeah, we all know about Cancun, but still. This place can be pretty much whatever you want it to be. You can have the nice, laid-back, family style trip, or you can spend your evenings meeting girls, or traveling into the actual city part to find some more daring adventures.

Again, Cancun is what you make of it. You’ll hear a lot of dudes complain and say it’s not worth your time if you want to get laid a lot, but the truth is they don’t know what they’re doing. The massive influx of tourists from around the world creates a good deal of anonymity you can take advantage of. Plenty of girls are there who are down for a good time, who may not be when back home.

Keep in mind that Cancun is really two different places. You have the resorts and hotels in the Hotel Zone on the peninsula, and you have the main city which is further inland – Downtown Cancun. It has some sketchy spots, but if you know what you’re doing, you can find great hotels, strip clubs, escorts, and more.

If you really want to have a good time, come down during the Spring Break month. Or, just come during the winter when tourists are coming to escape the cold and let loose. Either way, you’re due for some good action. 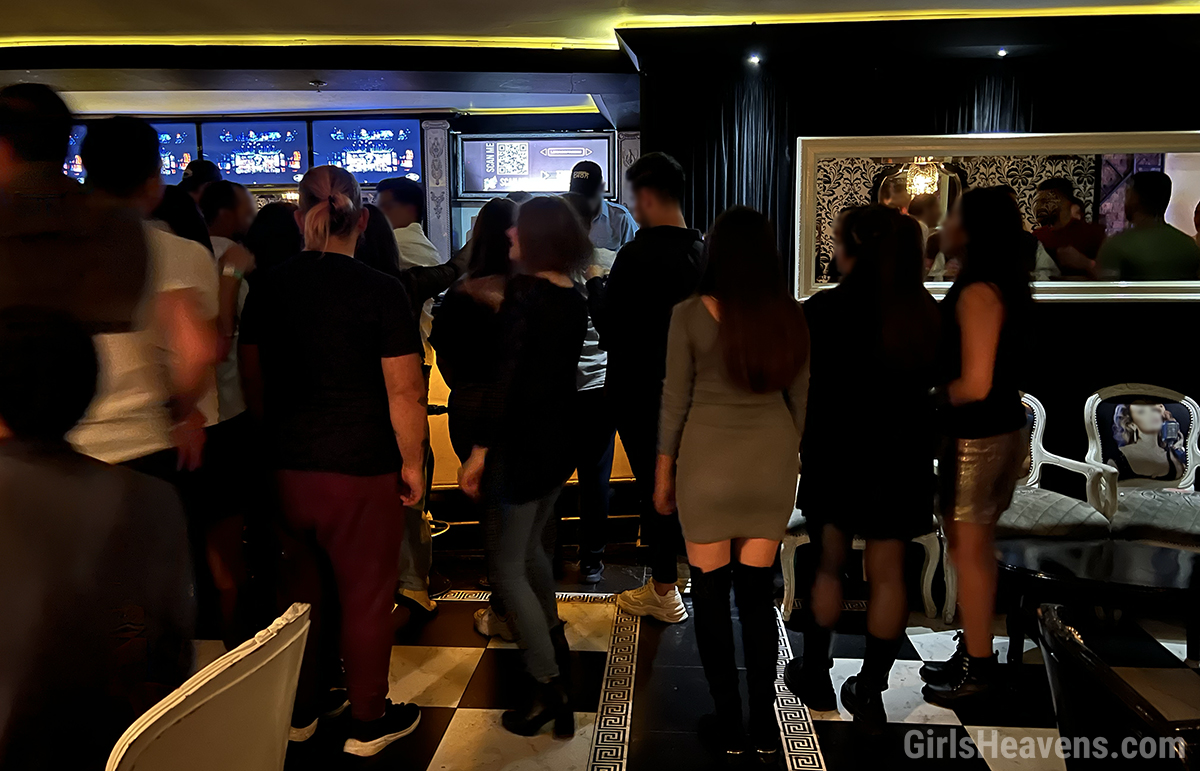 Monterrey is the third largest city in Mexico and the capital of the state of Nuevo León. It’s certainly not the most cultural city in Mexico, but for some that may actually be appealing. Plenty of western chains and businesses here, and a lot of money as well. And depending on who you talk to, the hottest chicas as well.

While the girls here may not be as impressed with your passport origin, they are very much worth meeting. If you’re confident in your day game, try hanging out at Mercado Juarez, a giant market that has practically anything you could want. It’s definitely popular, and you have a good chance to run some game and make plans for the evening.

As for the nightlife, most of it used to be around Barrio Antiguo, but there’s been a migration of sorts over to the rich suburb of San Pedro. Check out Lobby if you get the chance. Things can get a little pricey over here, so be prepared to spend around $150 for a night out at the hottest and most exclusive clubs. The trade-off is the top-notch girls you can meet there however, which also tend to be more independent and straightforward, while also not living with their parents.

As for meeting Mexican hookers, the street scene is bare, but the strip clubs are on par with other cities. Matehuala Men’s Club is a popular place, along with Cielo Cabaret and Prestige. Depending on where you are, you may be able to either go to a back room for sex with the stripper, or take her to your hotel. 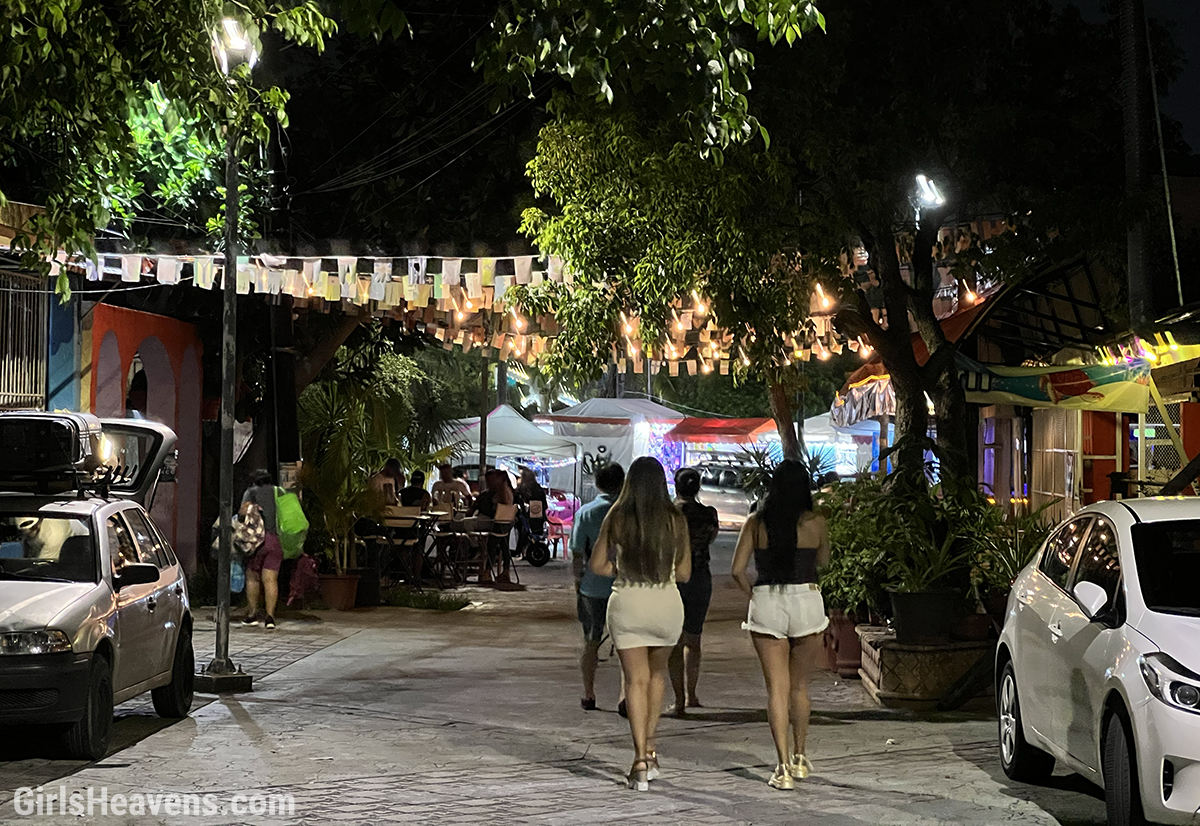 Puerto Vallarta is another gorgeous resort area on the western coast of Mexico, and not only is it one of the best beaches in the world, the girl scene is thriving all over.

Roaming around the downtown and Malecon area will give you plenty of spots to check girls out at, no matter what time of the year. There are a lot of escorts available for outcalls as well, and you can sometimes find pro and semi-pro girls in the bars. And, as you may have guessed, lots of strip clubs that act as brothels are here too.

As with other resorts, you certainly have the option of trying your luck at the clubs, where you can meet other tourists looking for the same fun you are. Bar La Playa, Andale, El Solar, and Coppa are some good spots to try out.

Pristine scenery, hot locals, drunk tourists, all in a charming locale. Puerto Vallarta is a bit underrated for mongering, but well worth visiting.

Mexico has a ton to offer, and you can mix things up with all the varying choices of resort areas, large urban cities and college towns. The legality of prostitution, laid back vibes of the locals and opportunities to meet girls who are traveling and possibly there for the same reasons you are all combine to make Mexico a top choice for sex holidays.

It’s hard to go wrong with any of the five cities above.