The Different Types and Costs of Hookers in Mexico

Mexico has always been one of the top destinations for sex tourists, that is a well known fact. Part of the reason is due to the diversity of the country, which has all different kinds of cities and towns, ranging from resorts like Cancun, to major urban jungles like Mexico City, to the ever-popular border towns like Tijuana.

But the main reason Mexico is so popular for banging working girls is probably the fact that it’s incredibly legal, and incredibly regulated (in a good way.) Because of this, sex is not really a taboo here, and you have a ton of options for going about it, whether you’re paying for it or not.

Due to the massive pro scene in Mexico, you have a lot of convenience and choices in most locations, at least most locations that are good for tourists and such. This means that it shouldn’t be too hard at all to get what you need, whether it’s an incall from an escort during your stay in Cancun, or a wild night out in the red light district of Tijuana.

The prices in Mexico are very appealing as well. Although not the cheapest, you can almost always get a lot for the money, sometimes to a surprising extent depending on where you are.

Still, before you go, it’s best to at least have an idea of what you can expect to pay before coming here, so you can both plan your budget ahead of time, and also not allow yourself to get swindled by a smooth Latina who knows how to shake down an ignorant gringo.

Again, it’s worth noting that Mexico has a lot of variance among its towns and cities, so it’s not exactly easy to say that one price will be the same in another city. Things can fluctuate on location, and also just on the current atmosphere in general. These prices should still be pretty close though, so don’t worry.

Below, I’ll cover all the major categories of hookers in Mexico, how they go about things, and what you can expect to pay for their services. 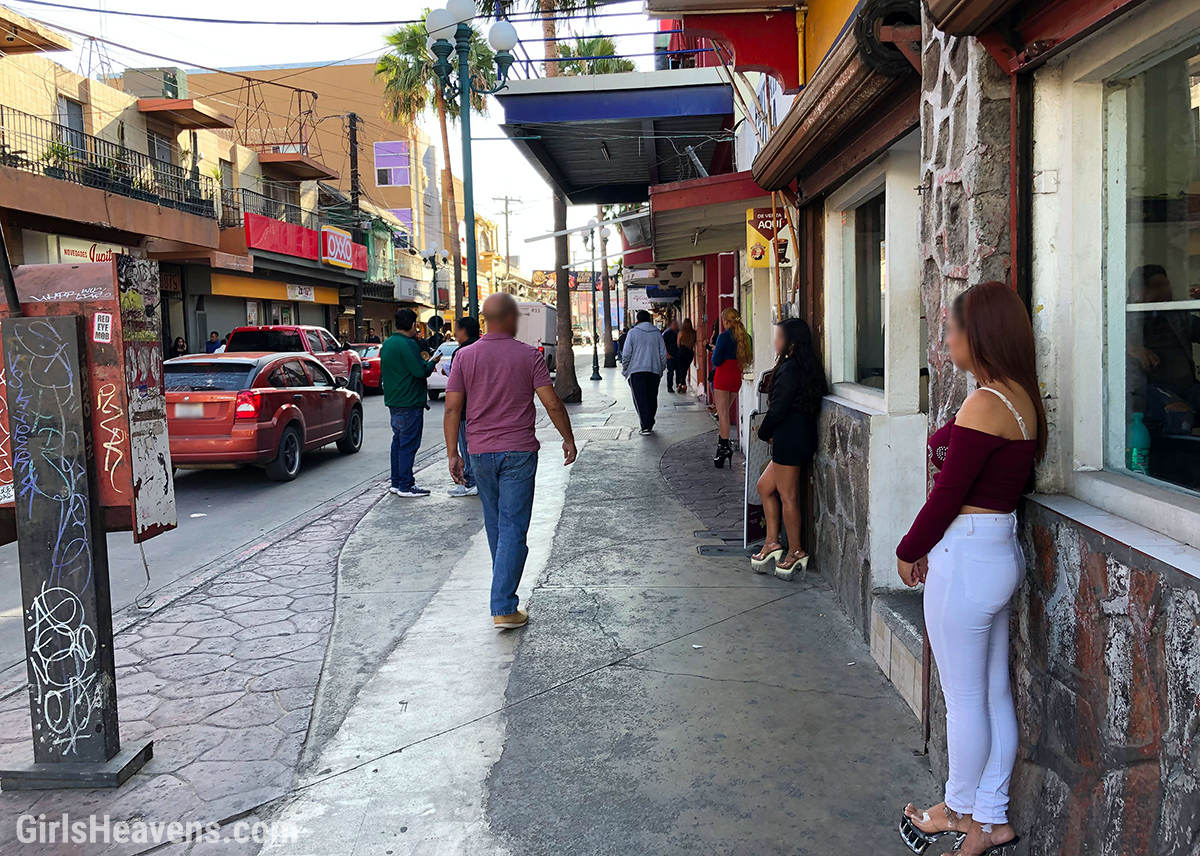 A few quick things to get out of the way. It’s important to know that you don’t have to be all discreet and weird about partaking in the sex trade here. Everyone knows about it, and a shit ton of guys partake as well. It’s a valid profession for thousands of girls.

Still, you should always remember to be polite and direct, and communicate as best you can about expectations, exact prices, what’s okay and what’s not (if you’re wondering). Also, it’s a good idea to bring your own condoms, and maybe even a small bottle of lube on hand if you’re going to be seeking out street hookers and strip club girls. Always good to be prepared just in case.

Also, it’s smart to be aware of your surroundings, and don’t go pushing it when you’re in unfamiliar places, even in nicer areas and cities. Don’t flash money around, and don’t leave valuable belongings sitting out all over the place if you bring a girl back to your room.

All costs are listed in U.S. Dollars, as you can use them in most locations. Paying in Pesos does give you more leeway when negotiating prices though, so keep that in mind.

Strip clubs in Mexico usually operate as brothels, with the stripping aspect being the area where you observe and eventually pick the girl you want to have sex with. In that case, you can often pay them tips to grab their boobs or ass, usually $1 each time. Nice, huh?

Not all strip clubs are the same though. Some may very well be ordinary strip clubs, but more often than not, the girl is available for sex. If you’ve inquired with a girl and want to get a room (usually at the club), she may suggest you sit down for some drinks first. Before you know it, you’ve bought $50 of alcohol before you’ve even gone to have sex. Instead, just suggest you go right then, no need to sit down and hang out.

If you take the girl out of the club, you may have to pay a fee for that, but it’s usually not much, and some strip clubs have deals with nearby hotels for short time rooms at a low cost if they are from that club.

If you’ve been to some certain Asian countries, you know how this tends to work. Bar girls are pro and semi-pro girls who hang out at certain bars, where you can approach them and inquire if they’re willing to have sex for cash (usually after a drink or two).

Bar girls in Mexico honestly make it a little hard to tell if she’s just into you, or if she’s trying to get money. It may take you a few nights out before you get a better feel for things, especially in cities like Mexico City.

Bar and club girls all work differently depending on the location. Some girls are employed by the bar, and you’ll need to pay the bar a fee to take them to your hotel. Other clubs and bars may have rooms for sex. It just depends. For the most part, you’ll have to take the girl elsewhere.

It’s true that some bars and strip clubs act as de facto brothels, but there are still some more traditional brothels in certain cities if you know where to find them.

Depending on the brothel, you may be presented with a lineup of ladies to choose from after paying a small entrance fee. From there, you’ll pick a girl and negotiate a price. Some brothels may have bars that serve as meet and greet areas where you can sort of kick back and spend some time deciding on who you want.

From there, you pick the girl, go to the room, have your session, and pay. Tips are usually expected if you had a particularly good time, so keep that in mind.

The massage spas in Mexico are usually one of the best places to find a good deal on sex, while avoiding the craziness of bars and clubs, and the whole alcohol thing as well. Plus, you can get a decent massage every now and then.

Massage spas also have a lot of variance. Some have 1-2 girls, while others have 5-10 that you can choose from upon entering.

In most cases, you walk in, get a girl or pick one, and go to your room, where you’ll get a massage (usually a short one). You may need to talk ahead of time about what you expect to get, whether it’s a happy ending, or full sex.

The newest type of girls in the Mexican pay for play scene are the sugar babies on Seeking Arrangement. That’s a dating site with thousands of girls who are looking for a boyfriend (both temporarily or permanently) who is willing to support them financially.

If you have that idea of traveling around Mexico for a week or two with a beautiful local lady with all the romances and extras included, that might be your best choice, and you will probably not even bother about the other types of hookers mentioned in this guide.

Often considered the highest tier of sex workers in Mexico, escorts are the way to go if you want to get an incall from a hot Mexican girl, rather than go out and deal with all of the logistics. There are a ton of escort services in Mexico, with websites and phone listings very easy to find.

I think the Mexican escort websites are better. You can get on them, look at a girl’s pictures, see what she’s willing to do for how much, and make contact from there and arrange the date. You can choose everything from quick 1 hour sex sessions, to girlfriend experiences that include everything from going out together, to her staying the night with multiple sex sessions.

In a way, street hookers in Mexico are becoming less and less relevant among mongers who prefer, well, the finer things. Most of the time, this is sort of the bottom tier if you’re looking for a working girl. This means you usually have to visit some unfavorable areas of town in order to pick one up.

Still, depending on where you are, there are some good values to be had, especially if you actually are in cities that have red light districts, like Tijuana or Mexico City. In that case, street hookers will be all over the place, often in front of hotels, making it all even easier. Many of them are pretty hot, just not connected enough to get into one of the strip clubs yet.

As you can see, you have all the options for prostitutes at your disposal in Mexico. Again, it’s all going to depend on the city you’re in with regards to what’s easiest and how much it is. I’ve covered many cities in Mexico on this site in detailed guides, so be sure to check those out.