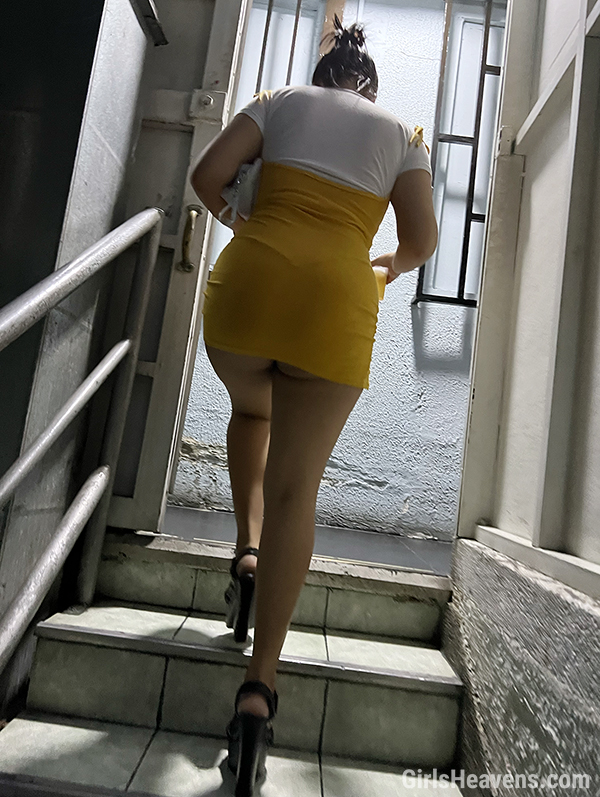 Mexico is one of the most diverse countries when it comes to meeting local girls for sex, and I’m sure many of you have lots of different destinations that pop into your head when you first think about it.

While there are tons of beaches, cities, border towns, and historical areas that Mexico is well known for, it seems that the capital city itself is the one that gets the least attention, be it from mongers, or ordinary tourists.

Mexico City seems to be overlooked quite often, which is a little odd considering how big it is. This is one of the largest, most populated cities in the world, with well over 9 million people dispersed throughout the urban core.

So, as you may imagine, there are lots of girls here.

So why does Mexico City get passed over so often? Probably a lot of reasons, mainly having to do with a perception of rampant crime, and maybe the lack of a beach. The former is completely untrue, and the latter is irrelevant.

Worried about crime? This isn’t a border town. Want to visit a Mexican city with a beach scene and all that stuff? Go to Cancun or Puerto Vallarta. If you want a cosmopolitan experience in a massive city that has an insane nightlife, plenty of history, and one of the best food scenes in the world? Come to Mexico City.

But I know you’re not coming here just for that, so let’s talk about where to meet girls. There’s some things you need to know beforehand, however.

What to Know Before You Go

Let’s get this out of the way now: Mexico City is not unsafe. In fact, it can be safer than many large U.S. cities, especially when you keep your journeys limited to the “right” areas – of which there are plenty. Mexico City is like the latin NYC, only bigger, more diverse, and with plenty of its own nuances. So, stick to the nice neighborhoods, don’t flash your shit around, pay attention, and you’ll be totally fine.

As you may have guessed, knowing some conversational Spanish will go a long way. Yes, lots of English speakers are here, but this is Mexico. If you can at least carry on a basic conversation, and show that you give a damn about the country you are in, your chances of success go way up. Knowing how to dance helps too.

I’ll say it again: This city is huge. Don’t show up thinking you can conquer it all in a week. You’ll waste your time, get lost, get frustrated, and end up not really seeing much of anything, except maybe public transit. Set your sites on one or two areas, and stay within them.

The most popular tourist and nightlife areas are Condesa, Polanco, and Roma. These districts have countless options for accommodations, clubs, bars, restaurants, daytime stuff, and everything else. Plus, they are very nice, very safe, and full of the people you’ll want to be meeting.

Appearances matter a lot here, and if you’re trying to have sex with Mexico City girls without paying, you’ll need to set yourself apart. Dress a little nicer, and stay well-groomed, and you’ll have a leg up in the clubs and bars. Try to stand out just a little. And always be extra nice to everyone you encounter, be it other guys, girls, bartenders, waiters, whatever.

Something you’ll notice quickly: people here are very friendly. Local residents are always quick to help you when you have a question, and you don’t have to worry about getting hustled or any of that. You’ll see the occasional beggar, and some aggressive street vendors, but if you are in the parts of the city where you actually need to be for meeting girls, you won’t deal with this too often.

Alright, so here are the five best places to meet girls in Mexico City: 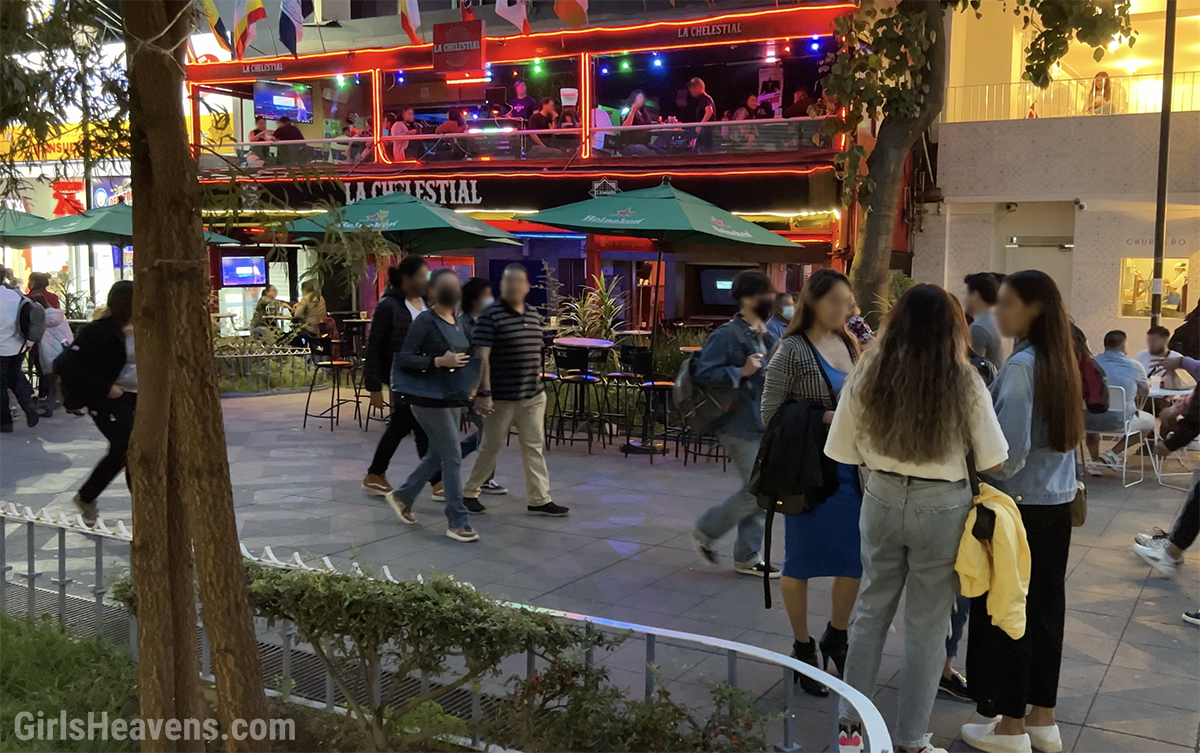 The bar scene in Mexico City is massive. When in places like Polanco and Condesa, it’s a little overwhelming actually, as there are a ridiculous amount of choices. Depending on what bar you are at, you may notice some working girls milling around too, but they are definitely not hard to spot out.

To start with, check out Calle Génova in Zona Rosa (picture above), the most famous nightlife strip of the city. On this 300m long street (as well as the surrounding area) you’ll find dozens of bars, many of them open-air style, nightclubs, restaurants, shops, street vendors and just so many people every night walking the streets who want to have a good time. Make sure to check out my video of that nightlife area at the end of the guide so you get a good impression of it.

Queen’s (left picture) is a strip club in the same area, and as far as I know the only such type of place around here. That means the prices are quite steep and they are also kind of attracting foreigners (they even have girls handing out flyers in Zona Rosa’s Pub Street). I would have loved to shown you a photo from the inside, but as I walked in the security guy put a big red sticker on my iPhone’s cameras.

Other hugely popular bars suitable to meet “open-minded” girls for sex are Kinky Bar (right picture & video below), Licorera Limantour and Wallace Whisky Bar – I have marked them all on the map at the end of the guide (beer pin).

Just as with the bar scene, Mexico City’s club scene is vast. You’ll find a pretty good mix of vibes and styles, with a good portion dedicated to hip hop and top 40 stuff. The clubs here stay open pretty late on the weekends, usually until about 5am, so don’t plan on the action heating up until around midnight.

Confidence is key at the clubs. Approach a girl, start dancing, see what happens. Be prepared to buy plenty of drinks for everyone too. Some strong dance moves can make up for a lack of Spanish, if you are not up to speed. And as always, be mindful of the social circles. Be friendly with the whole group if you want things to go anywhere. This isn’t to say there are lots of girls by themselves or with just one other friend, however.

It’s hard to narrow things down to even just 5-10 clubs, as there are so many good options. As per earlier, Polanco and Condesa are your best bets in terms of neighborhoods.

Love is located in Polanco, and it’s a great place to meet Mexico City girls who are dressed to the nines. Weekends are packed, but Wednesday nights are great for having a little more space to operate, without it being awkwardly sparse inside. Lots of service industry girls here on that night, which is a good thing if your goal is to eventually meet someone to have sex with.

Madness Club and The Guilt are very popular nightclubs located in Condesa. You’ll get a good mix of girls here, as the scene is a little more standard as far as normal night clubs go. 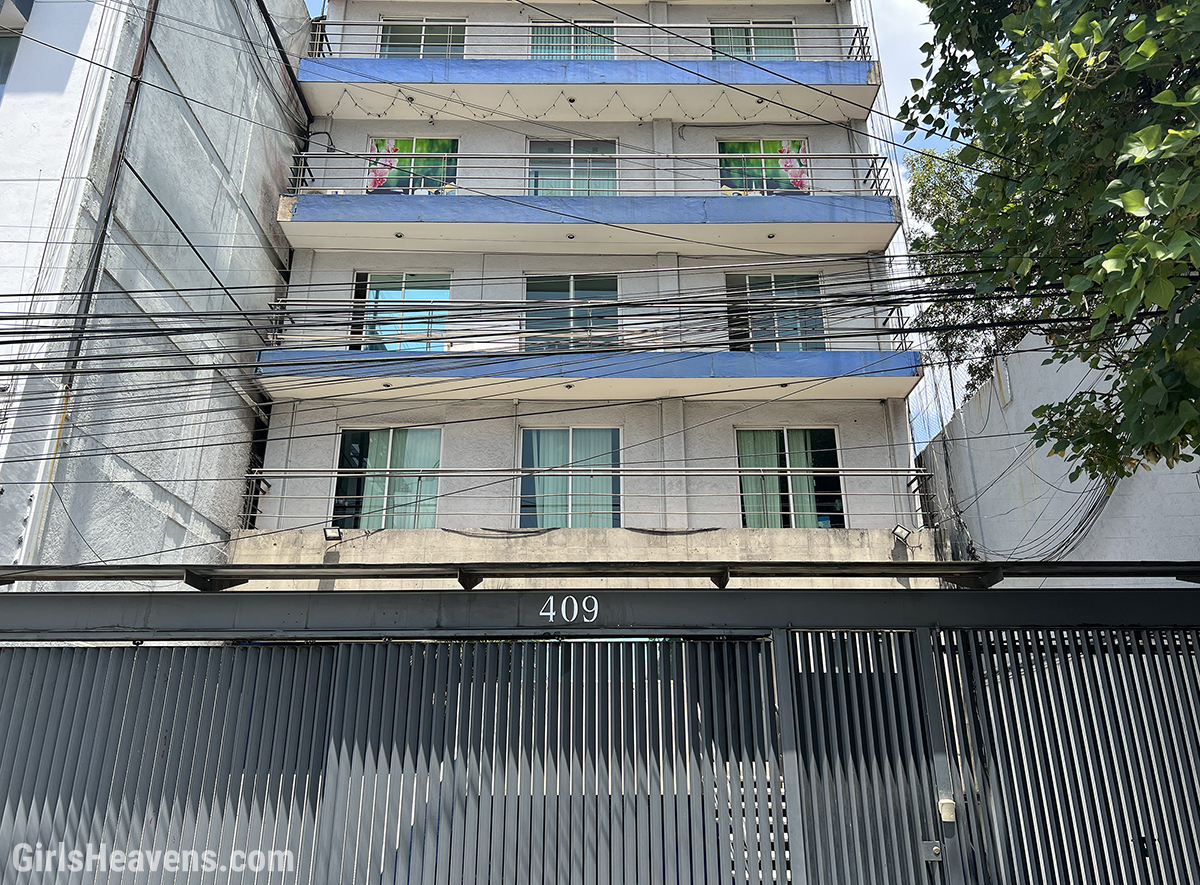 Mexico City is among the biggest cities in the world, so you can expect plenty of happy ending massage parlors. You can at least get a hand job or blow job at most places, and often full sex service as well.

Depending on the “spa,” you may be able to choose from a lineup, while others assign you a girl. You’ll just have to go in with low expectations, and see what happens. Fortunately, the outcome is generally great much more often than not.

Masajes Spa Casa Nerea is another popular location with a great selection of girls and services (including hand job happy endings and even full service). Zona Rosa in general has a lot of massage locations, so you may just take a walk around when you come.

This is probably the most prevalent type of prostitution in Mexico’s capital. In fact, if you look at how the local Mexican guys usually go about finding someone to quickly have sex with in exchange for some cash, they would drive their car to one of the 4 big red light districts (Tlalpan, Calle Sullivan, La Merced Market & Zona Rosa), pick one of the countless of hot chicas on the side of the road, open the door for her to get in and take her to the closest short time hotel.

The common price range for sex with street prostitutes in Mexico City is 500 to 700 Pesos, plus optionally the rental of a short time hotel room (300-500 Pesos, 2-4 hours).

But there is so much more to say about the red light districts than just naming the areas and prices, so make sure you check out my dedicated guide on it:

The escort route can also be a good one, especially in Mexico City. Again, the size of the city is to your advantage, so you have a ton of choices. You can find some of the hottest escorts in the world here, which can always be much easier than going out all night and playing the game. Simply hit her up on WhatsApp, or email, and you can have a hot Mexican girl in your room within the hour.

Expect to pay anywhere between 1,000 and 2,500 Pesos for sex with the top-level talent. Top Escort Babes and City of Love are great places to start if you are looking for the best of the best.

If you want to meet girls in Mexico City that are both super attractive and fun to hang out with, using a dating site is probably your best option. Seeking Arrangement is a hugely popular dating site both among expats in the country as well as tourists who want to meet up with nice local ladies.

Mexico City is very underrated for mongering, and since it’s not the most touristy city, you don’t have to worry about all the crap that usually goes with one.

As long as you follow my tips, and stay in a good part of the city, you should have an amazing time – whether you’re paying for it or not. I’d suggest a little of both if you are able to. After a few days here, you’ll understand why so many guys are making it one of their favorite sex destinations.

Map of Places to Meet Girls in Mexico City

Videos of Girls in Mexico City