Overview of the Red Light District in Tijuana

Oh man. Tijuana. Easily one of the most popular mongering locations in Mexico, and its proximity to San Diego makes it popular for Americans as well, since it’s just a few minutes away for the most part.

This place is popular for a reason, and it’s not just because of how accessible it is. Tijuana crams a lot of action into a very small area, making their Red Light District one of the craziest ones you’ll visit, and also one of the best.

This article will give you a quick overview of the most important aspects to know about visiting Tijuana, including the best way to get there, and your options for girls once you’re down there. 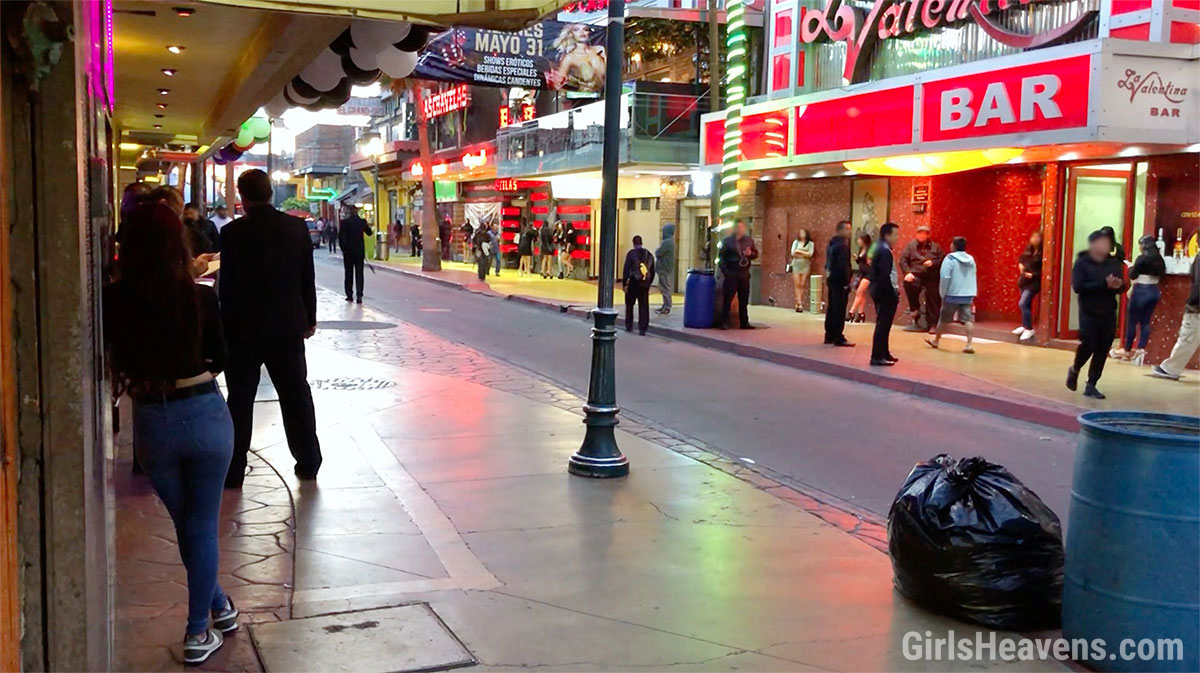 The easiest way to get into Tijuana is to first go to San Diego, and then head South on I-5. You can drive into the country, but I’d recommend parking at the border and walking over. Definitely pay to park – free parking is sketchy.

Once across, look for an Orange Libre taxi and ask him to take you to Zona Norte, or just walk towards it (20-25 mins). You’ll see several signs guiding your way.

Alright, now you’re here. Where to go? Since everything is very close in Zona Norte, you could really just walk a few laps around the area to get a good feel for the place and stop in some spots, but I’ll go ahead and tell you the best places to check out.

Here’s the deal with strip clubs in Tijuana. For the most part, they are really just brothels, with the “strip club” part really just a way to showcase the girls until you pick one out to either go to a room with, or bring back to your hotel, or a short time motel often right next to the club.

That’s not to say some don’t have shows, and throw in some typical strip club aspects as well, it just depends on where you go. 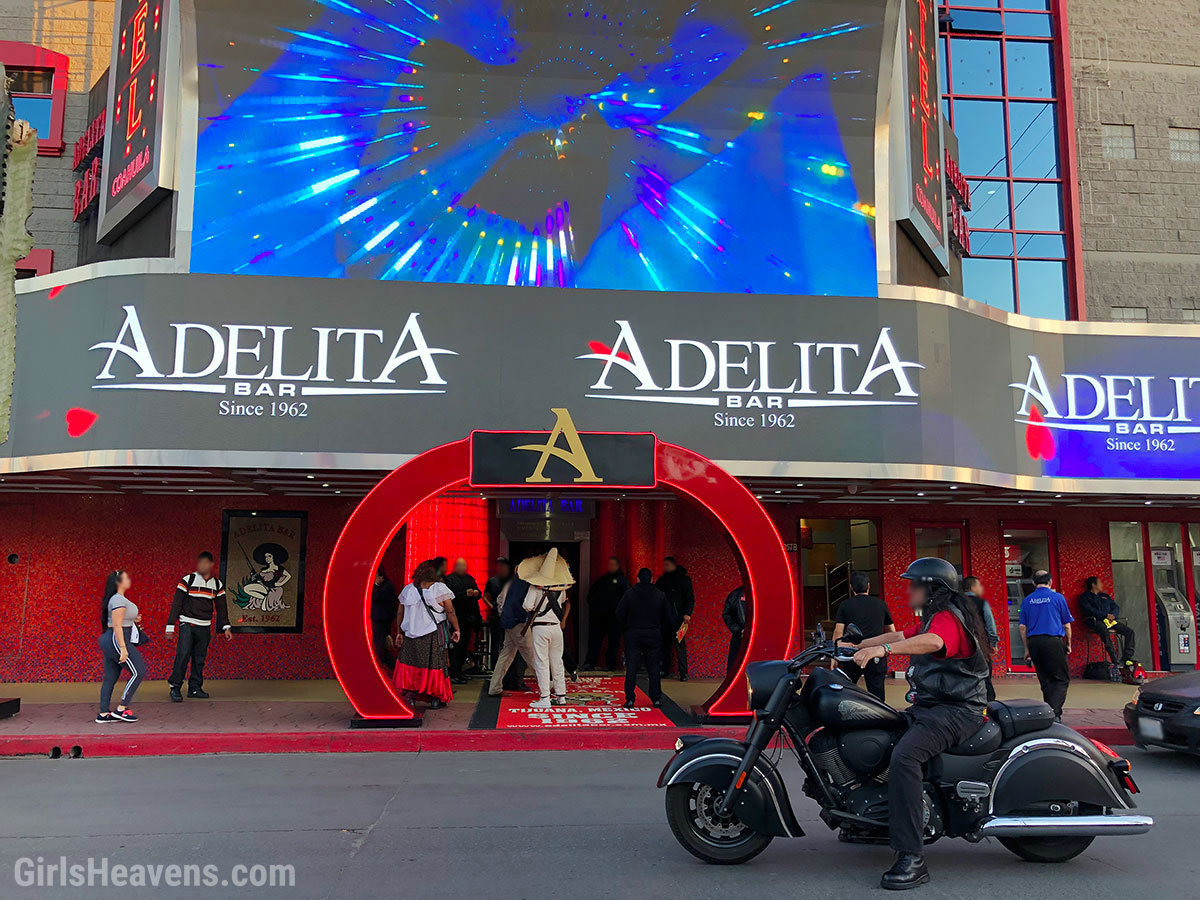 Depending on who you talk to, this is the most popular strip club in Tijuana. Adelita is sort of a strip club in a way, but it’s really just a brothel.

Yes, there certainly is stripping. You can go sit right at the stage, tip the girls dancing, and even get a feel if you’d like. No lap dances though, which is the one main drawback. Still, the atmosphere is nice, and it’s not nearly as clubby as some other places nearby. Adelita is a bit more reserved – if that’s possible for a strip club / brothel.

On average, you can expect to pay about $60 for a half hour with the girl including sex. You’ll also need plenty of $1 and $5 bills to tip people such as the room cleaners and towel attendants, and of course pay for the short time hotel visit. 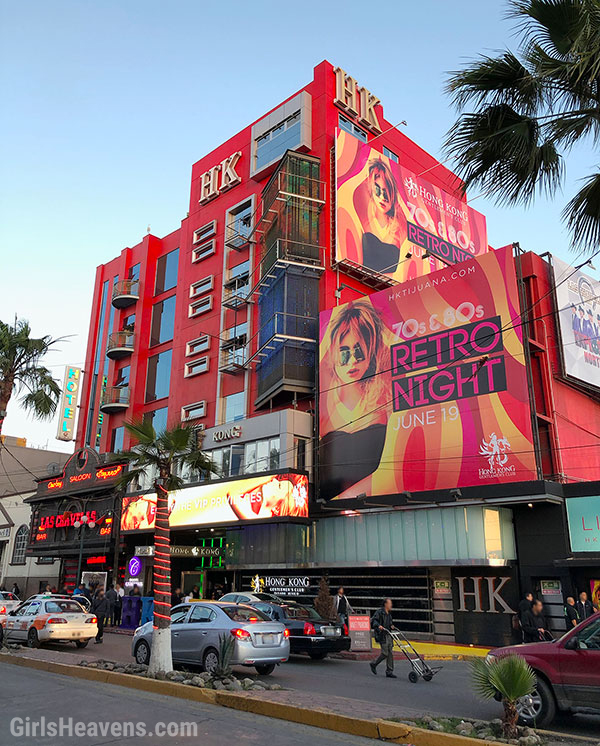 Hong Kong has arguably become the most famous strip club in the red light district of Zona Norte, and once you walk in, you’ll see why.

This place is built to party. It’s nice, has excellent lighting, multiple stages, multiple bars, tons of security, and a blaring sound system. There is a lot going on here. You can watch the girls on the stages and tip for a handful of boobs (or more), or just mingle around with the girls who are out and about. 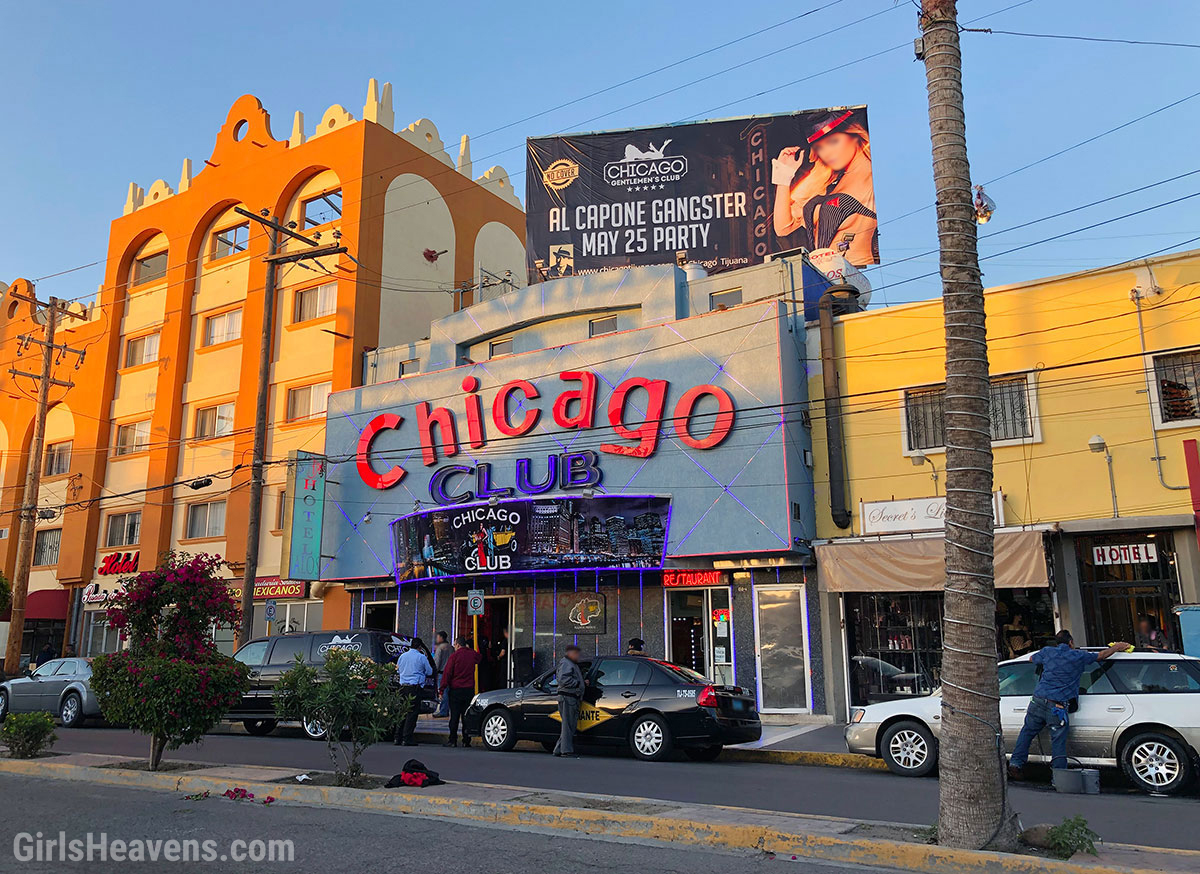 Some of you old timers may have heard of this place, but the rise of clubs like Adelita and Hong Kong have turned it into a ghost town during the week. Weekends are a little better, and some guys will come here if they think Hong Kong or Adelita are too crowded. It’s worth a shot. 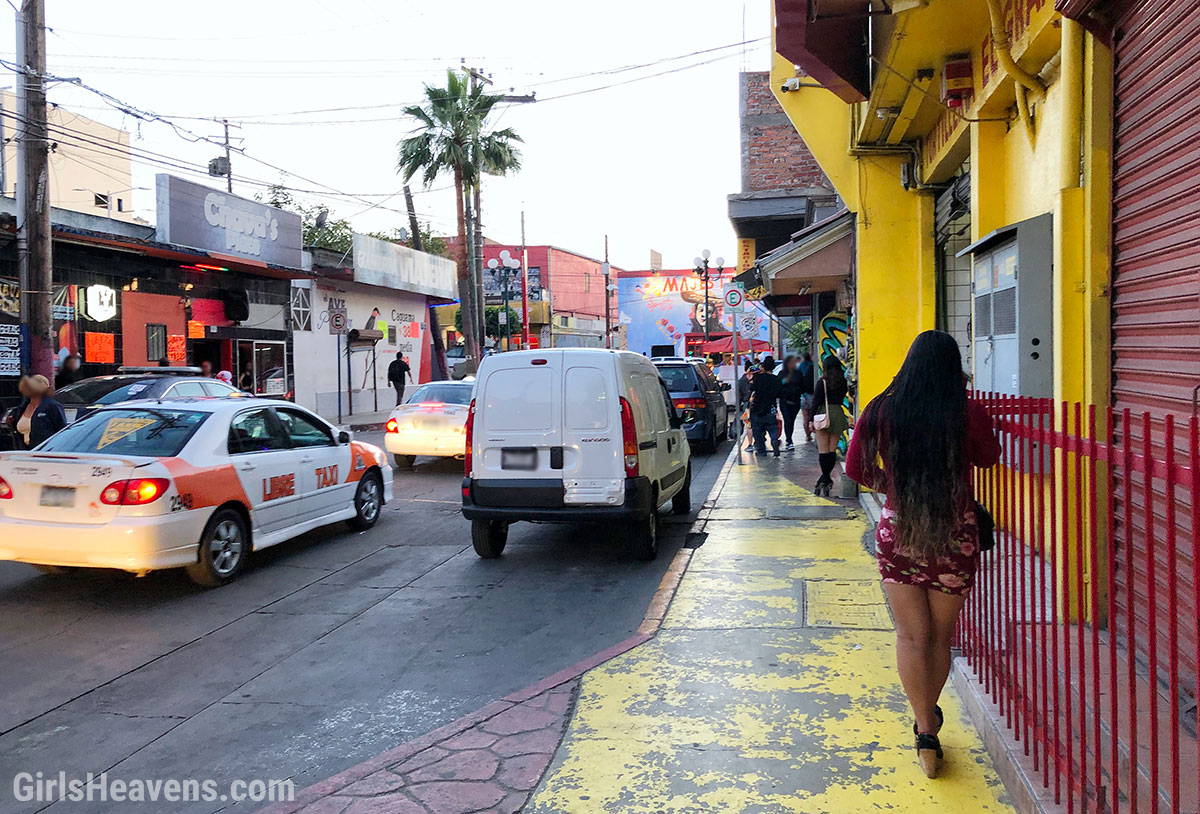 If you’re looking for a better bargain, the scores of street prostitutes outside are a much better value. Here’s the thing about Tijuana prostitutes: normally I discourage picking up street hookers in Latin American countries, but it’s a little different here.

First of all, the girls are incredibly hot, and the majority are ones that haven’t yet found a club to work in. Most of them are registered with the government, and undergo health tests several times a month. There’s also a girl basically every 10 feet outside in these areas. You have so many to choose from. 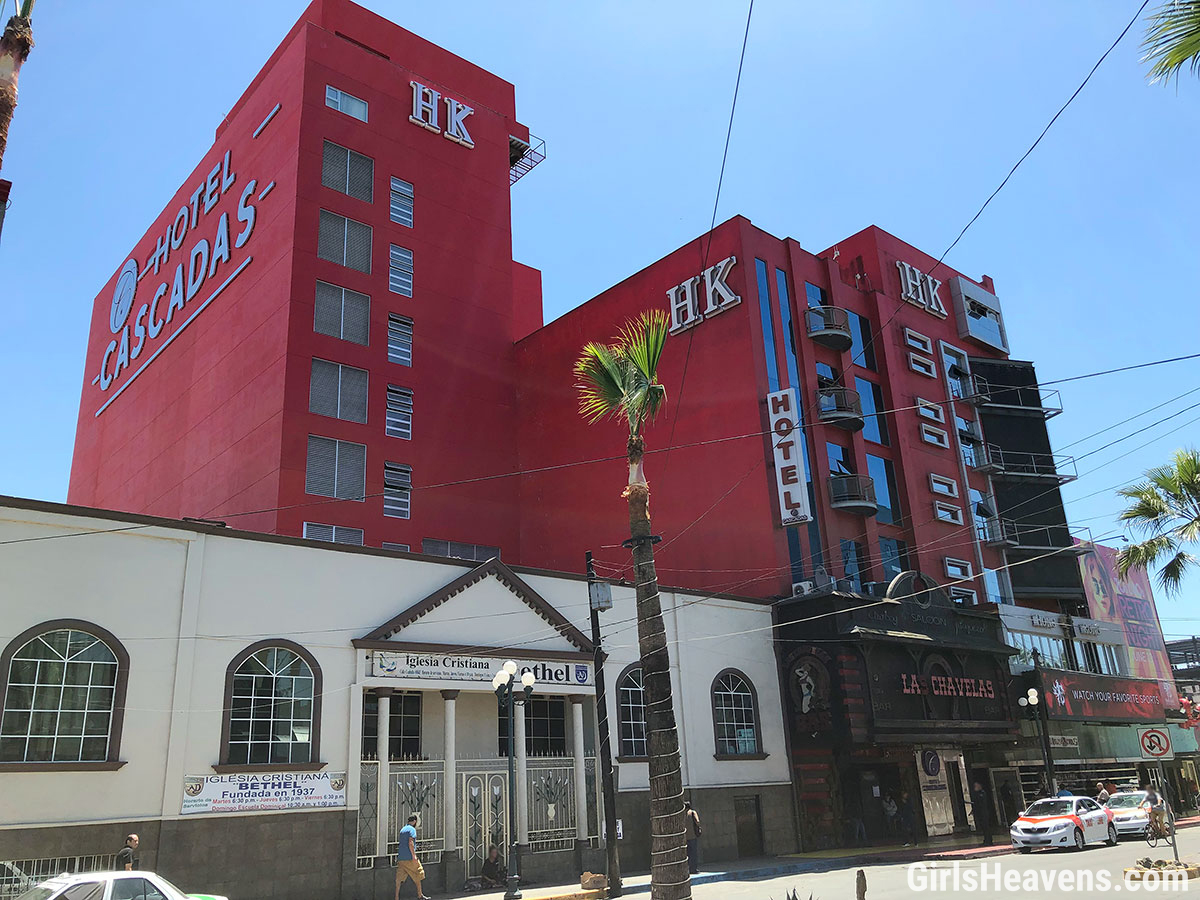 Find a girl, ask her how much (usually $20, not kidding), and take her to a hotel such as Hotel Cascadas (picture above), where you can either get a room for the night, or for the hour (usually $5). Simple as that. And since everything is so crammed down here, it’s never a far walk. 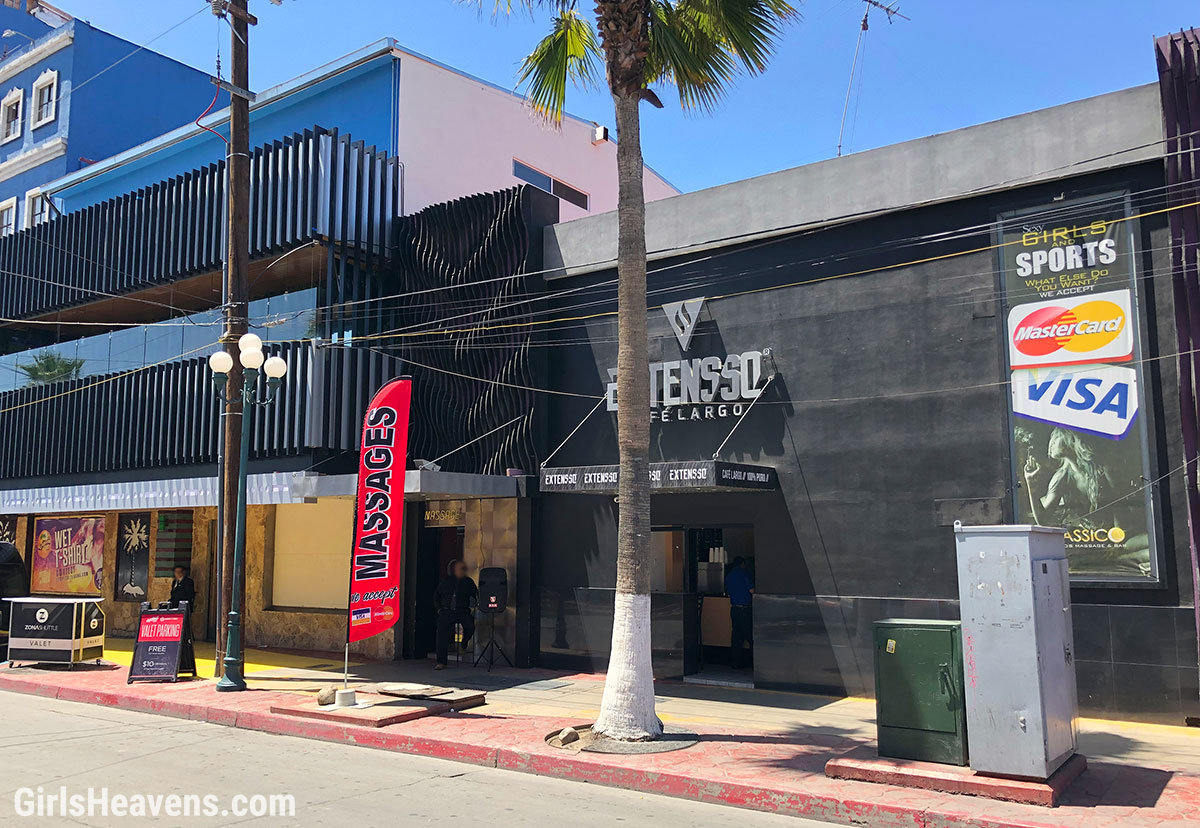 Again, I normally don’t recommend walking around looking for sex massages in a foreign city, but it’s different in Tijuana. They are spread out all over the red light district, and clearly advertise what they do on the outside. You’ll end up paying around $80 when all is said and done, but if you’re not down with the club vibe, or want to avoid getting a motel room, this is a great option.