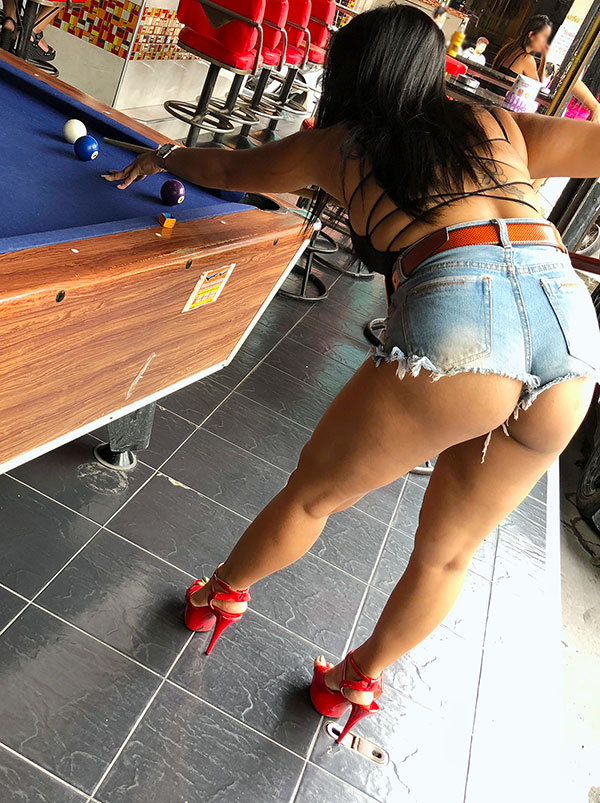 It’s no big secret that Brazil is one of the best countries in the world for a sex holiday. It’s easy to understand the reasons. You have numerous beaches, a tropical climate, and of course, some of the hottest women in the world. Oh, and they all happen to be pretty sensual in general, which always helps things.

Yes, Brazil could certainly be described as having one of the most sexy cultures and atmospheres on earth. People love sex in Brazil, and they aren’t ashamed of it. It’s celebrated, it’s flaunted, and it’s encouraged for the most part.

Now, I will say that it’s probably best to not get the picture in your head of Brazil being a non-stop Carnival, with people just banging away on the street corners. Brazil is more sexually liberal than most other countries in the region, but you’re still going to have to do your homework, and learn some of the cultural norms there in order to understand what you’re even doing.

There are some things you should know before we get started. Brazil isn’t cheap when compared to other popular sex holiday locations, especially Asian ones like Thailand and the Philippines. You’re going to pay more here, and that includes everything from your hotel, to food, to the girls. So if you’re looking for some kind of budget sex holiday getaway in South America, you should maybe consider Columbia instead.

That said, Brazil can be affordable for most, and its prices are still cheaper than areas in the western part of the world, so you’re good on that account.

One last thing: Don’t go looking for some kind of secret, less popular locale that you think may be some undiscovered paradise. You’ll want to stick to the bigger cities in Brazil, and the nicest areas, for reasons involving safety, quality of girls, and the quality of your surroundings.

In this guide I’m giving you the full overview on how to plan your sex holiday to Brazil. This is what I’m going to cover:

This guide is really aimed towards first time visitors to Brazil, so if you are already familiar with some of the sections, then just skip to the ones that are more interesting to you. So let’s get right into it:

Cost of a Sex Holiday in Brazil

In my opinion, the best amount of time to be anywhere for any kind of holiday is 10-14 days. That way, you get plenty of time to learn the area, see all the stuff you want to see, and establish a sort of presence that can help you build rapport with the locals, particularly the girls.

The best way to plan your costs is going to involve overestimating at least a little, so you don’t end up running out of money too soon. So, let’s assume that you want to get some action every day you’re here, whether it’s with an escort, a club girl, at a brothel, or if you want to give the local girls a shot in a normal setting by using the popular dating site. It’s still going to cost you (like dinner or drinks), but of course not as much.

There are typically 5 daily costs for your sex holiday in Brazil:

Note: All prices will be in Brazilian Real, so use a currency converter if you want to see the cost in your native currency.

Of course you can always try to do things a bit cheaper, whether that means staying at a hotel that’s not as nice, eating at cheaper places, or not spending so much on sex by meeting “normal” Brazilian girls (see below). So you can probably save about R$250-R$300 per day if you know what you’re doing.

However, realize this doesn’t include your airfare, health insurance, souvenirs for your mom, a hand bag for your new girlfriend, and whatever other random things you end up doing, such as the cable car ride up to the Christ Statue.

Where to Meet Girls on Your Sex Holiday?

There are generally two ways to meet girls on your sex holiday in Brazil.

The best way to meet and sleep with “normal” ladies in Brazil is to use the dating site which is hugely popular and great to build a prospect list before you arrive. You can find plenty of girls who want to meet a gringo, and would love to spend some time with you. Try to contact as many girls as you can so you have yourself some options when you land. Brazilian girls can be flakey as hell.

Of course, you can always try the clubs and bars to meet girls during your sex holiday. However, this is harder than you’d think, as Brazilian girls may seem very straight forward in these situations, but they really aren’t. You could make out with like 5 girls in one night and not bang any of them. That’s just how it is here. I’ve discussed this a lot of times on the site.

My advice would be to mix it up and try it all. Use the dating site to build up a list of girls to hang out with when you’re here. If that doesn’t go anywhere, or if you get stood up, go try a club. It may take you a date or two with any girl you meet before she lets you sleep with her, so use those in between nights by paying for sex. If you play your cards right, you’ll have some action each night, some here, some there.

What’s the Best Place for a Sex Holiday in Brazil?

Brazil is a huge country, but two cities in particular stand out in terms of the best places to go for sex.

This one is pretty obvious. Rio is popular for a reason, as it’s where most of the entertainment for a sex holiday is. You’ve got Copacabana beach, Ipanema beach, and downtown, not to mention all the other small enclaves, such as Lapa.

Speaking of Lapa, it’s pretty badass. It’s a big party neighborhood, and there are street parties every Friday and Saturday. Not only are these fun places to meet local girls who are out for a good time, but drinks are also cheaper, and you don’t have to pay any entry fees.

There are a ton of places to meet girls during your sex vacation in Rio, and tons of places to pay for girls. Check out my Rio Guide for all the info.

Sao Paulo is a giant city, and it’s very busy during the day, full of young professionals working hard during business hours. At night, everyone unwinds at the clubs, bars, and termas. If you’re a gringo, you may actually have better luck here with the local girls, as many of them seem to be much more intrigued by the white western boys. Pinheiros is the area you want to be for all the action.

You can find more info in my Sao Paulo Guide.

Salvador is becoming more and more popular, too, but it’s still of the beaten tourist track.

Choosing a Hotel for Your Sex Holiday in Brazil 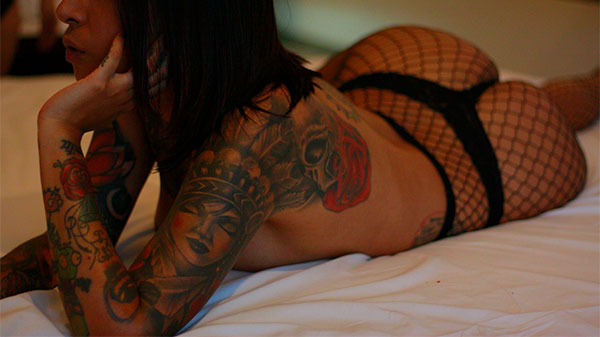 Since this is where the majority of your money is going to go during your stay, you definitely need to give your hotel choice some extra attention. You’re going to be spending a good amount of time here as well, so you’ll want to be as comfortable as possible, and get the most for your money. Here are the main factors you’ll need to prioritize.

Unless you are just blowing your money and don’t really care how much you’re spending, your primary goal should be getting the most value for your money. You’ll want your hotel to have a decent look to it, as well as a nice room that’s clean, stocked with toiletries, and maybe even a decent television with a good selection of channels. Free breakfast goes a long way as well. Agoda.com is a great place to search for hotels in Brazil. Make sure you look at all the pictures, and read some of the reviews for each hotel before you book one.

Rio has a ton of hotels that overlook the beach, or are just a street or two away. It’s also fairly easy to find hotels that are within walking distance of lots of bars, clubs, restaurants, and whatever else. Again, read the reviews on Agoda and check out the location on the map before you make a decision.

Like I said earlier, this is usually going to be tough to find. There simply aren’t many hotels in Brazil that are okay with female guests, especially in Rio. Sao Paulo is a little more lax, but it’s still not a given. Therefore I have decided to write a guide to guest friendly hotels in Brazil’s most popular city:

Now these are pretty fun. Love hotels are not looked down at in Brazil. Tons of locals use them, as many people here don’t have the privacy they’d like when they are trying to have sex. There are tons of love hotels in Brazilian cities, and they are all relatively cheap.

There are all kinds to choose from as well. Some are a lot nicer than others, and you can even get rooms that have stripper poles, a bar, a hot tub, and a freaking dance floor. Each room comes with robes and sheets in a plastic wrap, and everything is surprisingly sterile if you’re worried about that.

So there you have it. Hopefully you have enough information to go off between this article and the other ones I’ve done.

As you may have noticed, Brazil isn’t the cheapest place for a sex holiday (especially if you compare it to Thailand or Cambodia), but it’s easily one of the best. If you heed my advice, you’ll have one of the best times of your life, and likely head back for more at a later date.

That’s the other good part: The more you come back, the more knowledge you’ll have to put to use. Every trip will go a little more smoother, and before you know it, you’ll be an expert here, while spending less money each time as well.

And the other good part? Brazil is beautiful. When you’re not using your time to go after the ladies, you can enjoy the sights and sounds of one of the best countries on the planet. If you’ve been to Brazil before, you know exactly what I’m talking about. Feel free to provide your own bits of advice and experiences in the comments below.