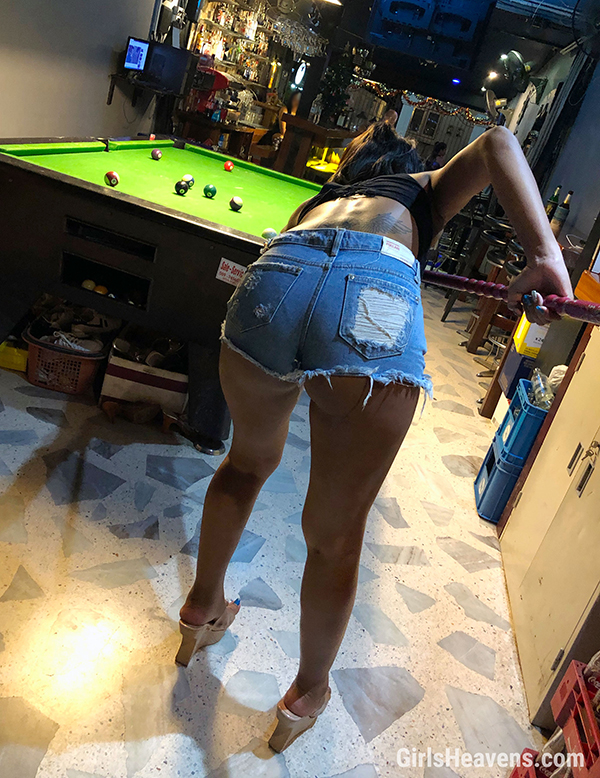 Rio de Janeiro is one of the most popular cities among sex tourists all over the world. There is plenty of action to be had, and the girls here are definitely more sexually liberal and outgoing, but you still need to have a certain grasp of things before going in. And yes, Rio can be dangerous in some spots, but like most cities, a little common sense goes a long way. Regardless, it’s a top destination for a reason.

If you think that a gringo can suddenly show up in Rio and begin pulling solid 9’s and 10’s from the moment he goes out, you’re going to be pretty disappointed. The game is a bit different here, and patience pays off big time. (Of course, if you aren’t in a patient mood, other things can be arranged.)

Most people are familiar with Carnival, the country’s annual pre-Lent celebration that is one giant party. A lot of guys choose to visit around this time, and rightfully so. Still, anytime of year is a good time to visit Rio, and if you know what you’re doing, it will be a very memorable trip.

Brazilian women can generally be broken down into three distinct groups: favela girls, and then upper and middle class. Favela girls obviously live in favelas, and aren’t exactly considered top tier. Still, there are definitely some worth your time though you shouldn’t go adventuring around favelas unless you are with a companion who is from one. These girls will be easier to impress if you encounter one out somewhere. Meeting these girls online and arranging a hook up is best, as many of them won’t go out often due to how expensive it can get.

While the lack of Portuguese language skills can be a turn-on for girls in other parts of Brazil (such as Sao Paulo), it’s a big asset to have in Rio. The vast majority don’t speak English, in spite of its tourist appeal. At least try to learn some common phrases before coming, it will pay off big time.

Bars and clubs are great places to meet girls for sex in any city, but be sure you give yourself a chance to happen by some street parties going on in the area. These are always on the weekend, with Friday being the most popular day. Plenty of ladies around, no cover charges, and a good chance to experience the people and culture a bit better. Lapa is a great area to hit up for street parties, with tons of beautiful women milling around. Take advantage.

A quick note about your accommodations in Rio: Most hotels and even some hostels and rented apartments have a “no guest” policy, meaning you can’t bring a girl back with you. Bribes may sometimes work, but you may need to end up staying at her place instead, or you can go rent a room for a few hours at a “love motel”, and there are plenty around town.

Oh, and one last thing. Rio women are very forward, and very sexual. For whatever reason, this rarely translates to sex that same night. The key is the second night. If you get a number from a girl after some heavy action at a club or elsewhere, definitely call her the next day and arrange to meet up. This will almost guarantee the deal. Meet at a cheap beer bar, grab some dinner, hit the beach, whatever you want. The fact that she’s meeting with you the next day is a big sign that you’ll be successful later.

Rio’s nightlife has a pretty big variety of bars to choose from, from the informal and casual, to more exotic locations that are a little more geared towards finding someone to leave with. The bar scene isn’t exactly the most fertile place to find girls for sex, but it can definitely be done.

There are always lots of tourists in Rio, and many choose to spend their time at the bars trying to soak up the local culture in a sense, so there is actually a good chance you may encounter an international traveler or two who may be looking for some company, which may be to your benefit.

As far as Rio girls you meet in a bar, they tend to be rather cliquey, so happening upon a group of people and introducing yourself is a good way to get a foot in the door on some prospects. After just a few minutes, you will be considered a part of the group gaining instant approval, which is quite important actually. Also, Rio girls aren’t oblivious – they know about the stigma they have from foreigners, so some may be a bit standoff-ish at first, in an effort to portray themselves something other than an easy score for a gringo passing through.

Leblon and Copacabana are great areas for bar hopping, and so is Lapa. Baixo Gavea is a well-liked bar in Rio, and there’s always a good crowd. Jobi is a great local pub, and gives you a good opportunity to meet some regulars from the area while avoiding some of the bigger, louder bars in the area. Bar dos Descasados is an excellent spot to bring a date you’re trying to impress, with a nice view overlooking the city if you’re into such things.

If you are more into strip clubs you may want to check out the two most popular joints in this category: Las Vegas Nightclub in Vila Valqueire 1183 and Don Juan in Rua Duvivier 37. I have marked all locations on the map at the end of the guide. 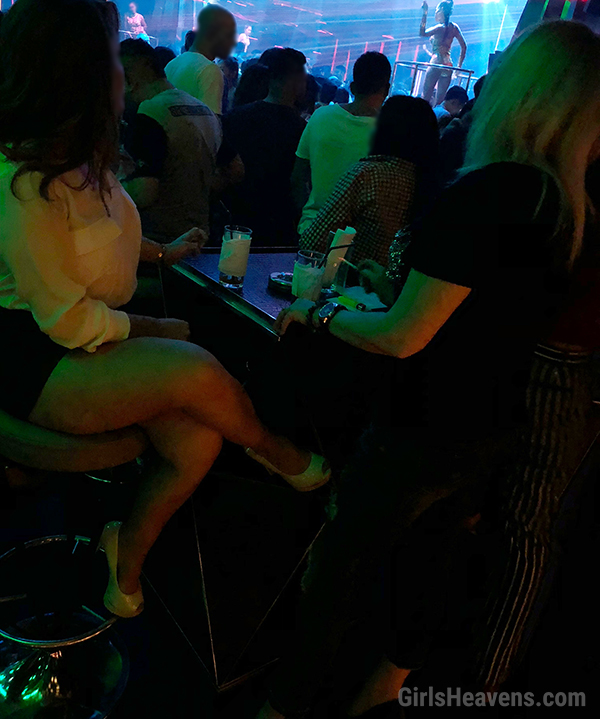 The club scene in Rio is about what you’d expect it to be. Lots of choices, lots of lines, and lots of girls to be met for sex. Keep in mind that you’ll be competing with some jacked up local Brazilian dudes that look like they are out of a catalog, who also happen to be pretty aggressive in their pursuits. Still, if you have an obvious gringo vibe going on, you might draw some extra attention to yourself.

Girls here like to be put on a pedestal, and the process is sort of like hunting in a way. Look around, scan some targets, and move in. You’ll know pretty quickly if a girl is interested or not. If so, let her know that you think she’s the only girl in there. Dance with her for a while, get her a drink, feel it out. Lots of playful touching will help send a strong signal, and it’s almost expected at this point.

Oh, and another thing you’ll probably notice, girls here love to make out, sometimes within the first 30 seconds of meeting. This is what’s known as “ficando,” casual make outs with someone you’ve just met. While in the western world you may think this equates to a 100% chance that you’re banging later, it doesn’t mean that at all here. In fact, you may end up ficando-ing numerous girls that night. Get their numbers and meet with them the next day to seal the deal.

Teatro Odisseia and Emporio are popular clubs that are always a bet for a good time, with plenty of girls to be found on the weekends. There are numerous exotic clubs in Rio as well, often full of prostitutes and dancers that will be all over you all night, hoping you buy them drinks and take them home. Barbarela, Kalabria, Frank’s, and La Cicciolina are sure bets for this style of club, so stop by if you want some guaranteed action and are willing to pay for sex. 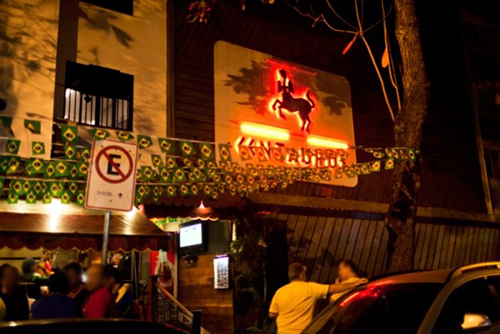 Brothels (or better known as termas) are all over the place in Rio but they can’t advertise themselves as being brothels, so they opt for being called spas, clubs, whatever. The standard procedure involves coming into the front desk, checking in with a receptionist, getting a temporary locker to put your stuff in, and moving on to the area where you can meet and mingle with the girls. If the girl asks, don’t let her know you’re passing through – she’ll give you minimal effort during your session. If she thinks you’ll be around for a while and could be a repeat customer, you’ll get a much better experience.

The currently 3 most popular brothels in Rio are Termas Solarium, Centaurus and Termas Quatro Por Quarto (see map location below).

As I’m sure you already know, prostitution is legal in Brazil, and there are numerous escorts available. Whether you are wanting a guaranteed romp, or just want to be able to choose from the local talent, you’ll definitely enjoy your time. As always, make sure you are clean and trimmed up beforehand, you’ll get a happier girl in response. The basic manners always apply as well.

LeblonEscorts.com and Rio-Escort.com are great places to start. The going rate is like $80 for a 1 hour in-call session, but can get up to $250 for the hottest girls to come right to your hotel room.

If you want to meet girls in Rio that are both super attractive and fun to hang out with, using a dating site is probably your best option. Seeking Arrangement is a hugely popular dating site both among expats in the country as well as tourists who want to meet up with nice local ladies.

Rio is Popular for a Reason

As the de facto sex capital of the world, Rio has something to offer for anyone. There is always something going on, and there are always beautiful ladies to be had.

Take some time to get to know the different neighborhoods, and definitely meet as many people as you can. Just use some common sense, some basic Portuguese, and your knowledge of the local social norms and you are guaranteed to have an amazing time with plenty of mongering. It’s certainly a big world all its own, so do your best to take it all in.

Map of Places to Meet Girls in Rio

Videos of Girls in Rio