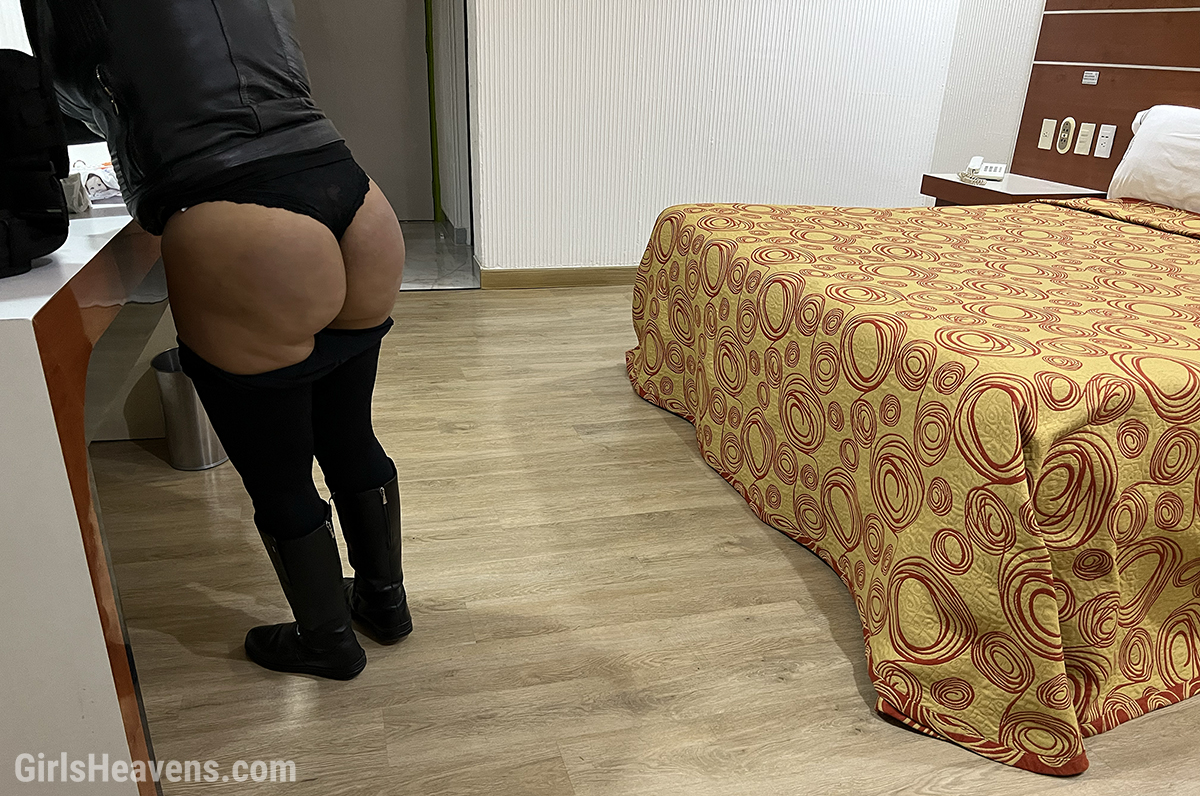 If you didn’t know by now, Mexico City is a hidden gem in the mongering world. It’s not coastal, it’s not a tourist destination, and it has no vacation-ish appeal to it for most. This isn’t to say it’s not worth visiting, even for leisure. Mexico City is the biggest city in America, so it can be as fun as you make it.

A city this big means a few things.

First, you have plenty of cosmopolitan areas to hang out in while you are in town (like Polanco, Roma, and Condesa). You also have plenty of girls to meet in Mexico City, even if only going by sheer population numbers. With 22,000,000 residents spread throughout the city proper, Mexico City is a gold mine in many ways.

But hey, not everyone wants to spend their time hitting the bars and clubs every night, or spending the day doing cold approaches at the mall or cafes looking for some date prospects. Sometimes you just want to pay for a quick bang, maybe just to throw some variety and excitement into your life.

Fortunately, this is Mexico, so prostitution is legal, as long as there isn’t a third party involved. This is no different from many latin countries now, so you know the drill. You also probably know that many skirt the rules, especially when it comes to massage parlors and spas.

These locations are basically a front for prostitution, only with a decent-to-good massage thrown in as a formality. Depending on the location, they can also be a sort of place for men to unwind and relax after work or on the weekend.

The sex massage scene in Mexico City isn’t as widespread as some other parts of the world, but it’s still definitely going strong. You can find massage services all over the city, including some that will make out-calls to where you are. Plenty of escorts specialize in massages too, for an extra fee of course.

In this guide, I’ll try to focus on actual massage locations you can walk into, but I’ll throw some other options in at the end for you as well.

Sex massages in Mexico City are mostly similar in the way they operate. You enter and pay for your session, or call and make arrangements before you go. Depending on the location, you may either pay for the massage first, and then negotiate with your girl once you start, or choose your “services” up front. Not all locations offer full-service (= sex), some may just be happy endings (= hand jobs or blow jobs). This shouldn’t be hard to determine however.

Some locations will let you choose your lady, some won’t. Some will let you have two girls at once, some won’t. Most will though. Tipping afterwards is optional, but if you really liked your experience, you should tip a noticeable large amount, so you know the girl will work even harder to give you a better experience the next time if you are going to be around for a little while.

As with all working girls in Mexico, the same rules of etiquette apply. Don’t be a dick, be upfront about your expectations beforehand, tip generously, and enjoy yourself. Don’t show up without a shower either.

The Peso is all over the place right now, so it’s hard to give an exact price quote. Expect to pay between 800-2,000 Pesos for a happy ending massage – depending on your negotiation skills, if it’s “only” a hand job or full sex, and the chemistry you have with your chica.

Like with most adult spas in Mexico, you won’t recognize this place from the outside (see picture). So you would look up the address, go there with the help of Google Maps and then call them to open the door for you. It seems like many people make a booking prior to their visit, but you are just as welcome as a walk-in customer.

If you look at the picture below, this is the service menu of Casa Nerea. Note that only Tantra and Nuru Massages include a hand job happy ending, means the cheapest you can get is 800 Pesos for 30 minutes (full service can be negotiated for the right amount of tip). Not that cheap compared to other options in the city, but the selling point of these massages is really that you get a discrete, safe, clean and relaxing experience. 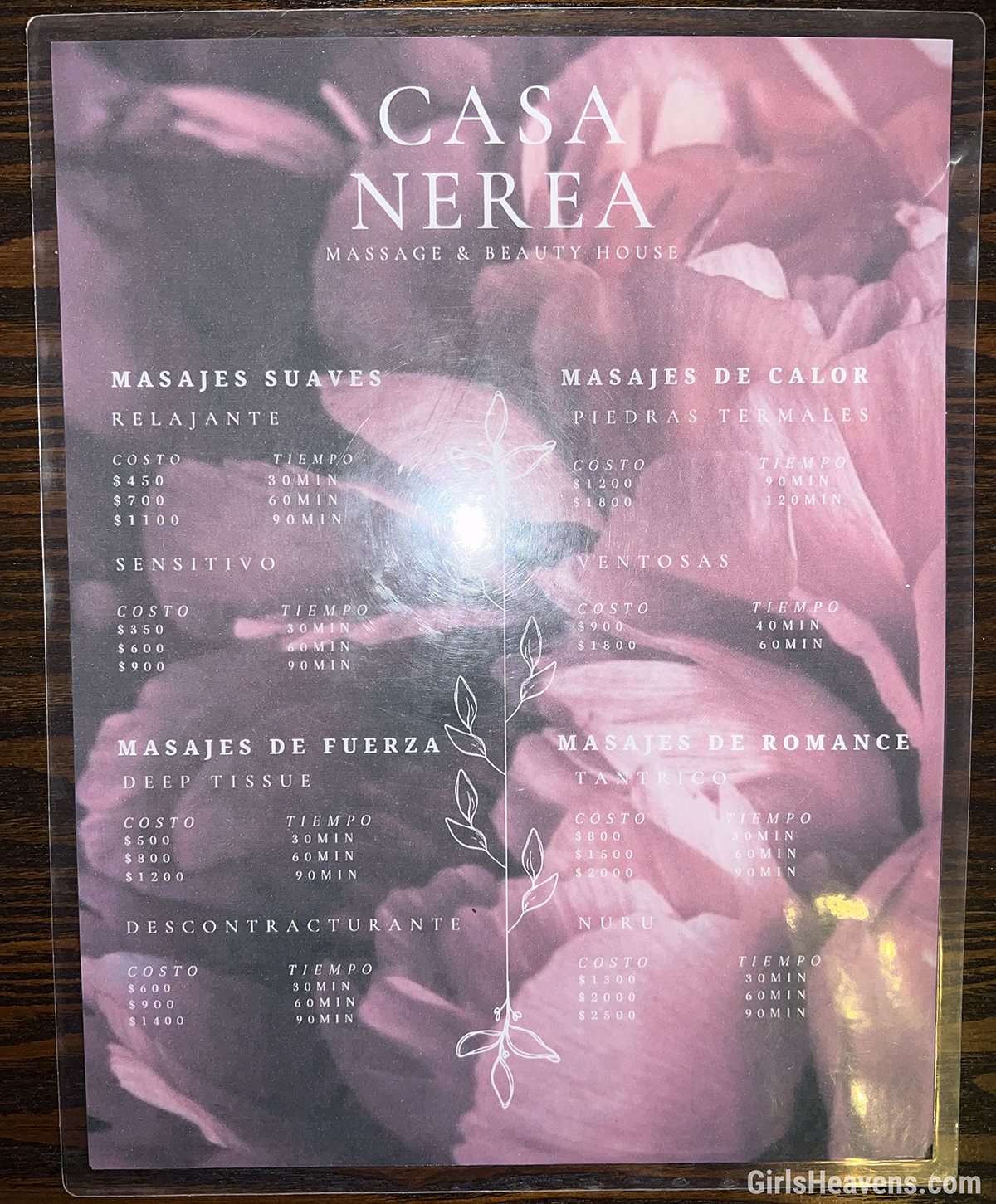 The setup of this place is very similar to Casa Nerea (see above), but their prices are more expensive:

A naughty massage session including hand job will set you back 1,650 Pesos in here (“Tantra Ejecutivo Básico”). And it’s also located a little off the tourist areas in a neighborhood called San Pedro. But if you are really into this and want to try out multiple locations, you’ll definitely have a lot of fun here as well. 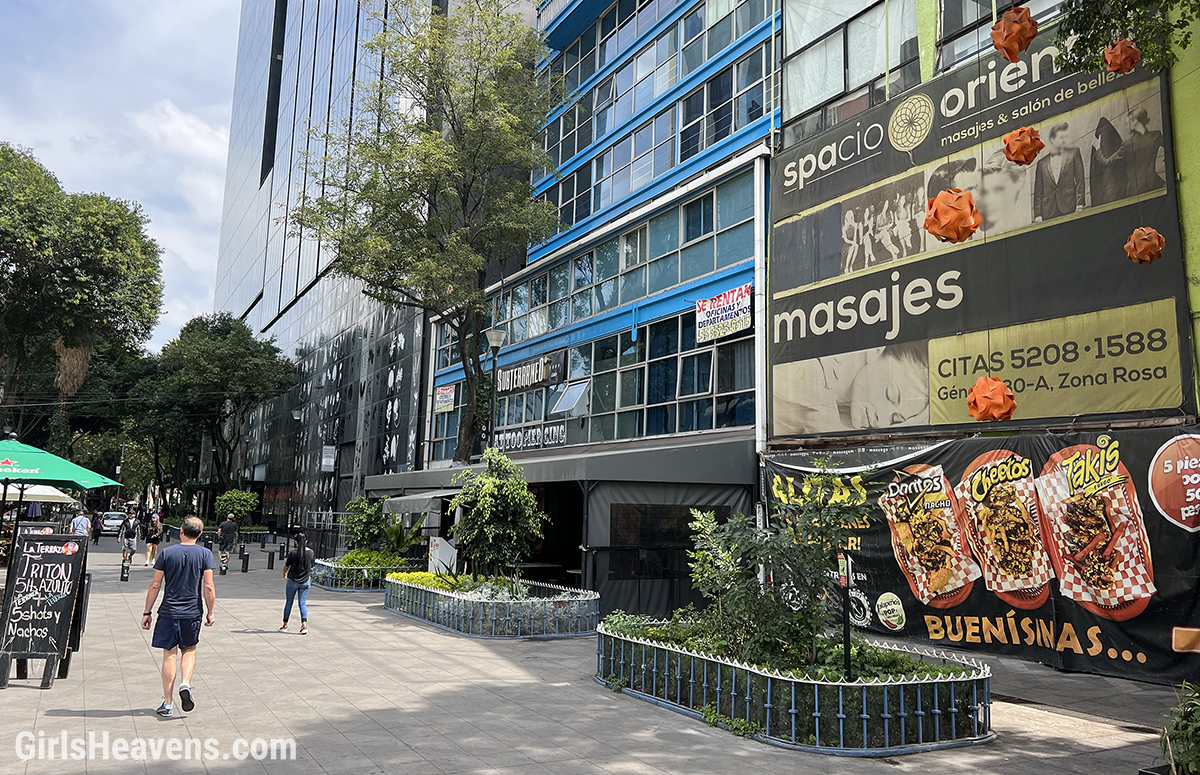 Spacio Oriental is another long time favorite, located in Zona Rosa (more on that later). They keep around 5-10 girls on duty, but they don’t all work the same days. You just need to stop in and see how it goes, and if you like the girl, get the contact info so you can come back again.

Happy endings are where everything starts, so you’ll need to talk to your girl before the massage to see if she’ll do more. Or, you can just see what happens. Regardless, she’ll tell you how much it will be.

Hours vary, but the 10am to 3pm rule usually applies during the week.

For whatever reason, it seems a lot of people in Mexico City have an infatuation with Hindu stuff, and that includes some rather amateur forms of tantric things. Hindu Art Massage is really just one woman who goes by the name “Eva”. She has herself quite the operation.

You can come in and get an extended massage with a bunch of Hindu things going on the whole time, which can be cool if you’re into that. She offers tantric sex massages, which are pretty damn awesome.

You can check out her website here, and even view pictures of her, and read some detailed descriptions of the different types of services she offers (“Hindu Anmo”, “Hindu Metta” and “Hindu Erimakasi”). I recommend you check this place out if you can. You can call, or use the site’s contact form.

There are a ton of web listings for sex massages in Mexico City. Just search for “Masajes Eróticos Mexico City” and you’re well on your way. Let Google Translate help you with the Spanish.

Most of these are going to be escorts who will come to you, but you may be able to find some brick and mortar locations you can go visit yourself, and get more of the “spa” experience.

The Mexico section of City X Guides is another good resource for looking up sex massages in Mexico City when you’re in town. Just be careful, and use common sense.

As with the above sites, you’ll find some normal escorts, some that specialize in massages, and some actual newer spa locations you can go to.

For those that don’t know, Zona Rosa is sort of the de facto prostitution hub in the city. You can find street walkers here, lots of gay clubs, and quite a few sex massage places. If you’re really up for an adventure, you can just show up during the day and find your way around, or ask some people where you should go. I wouldn’t recommend this unless you either have someone that can go with you, or you know Spanish well enough to get by pretty well.

However, visiting Zona Rosa is probably the best way to find new, up and coming sex massage spots with younger girls who are new to the game.

Mexico City is an amazing place, and one I think more guys should be visiting. You can do pretty much anything here, meet some great girls, have some amazing food, and befriend some quality people who would love to show you around or tell you where to go.

It’s also a great place for happy ending massages – and you have all the options in the world. Whether you’re taking your search to the streets, finding a listing online, or simply showing up at any of the places I’ve listed above, you’re sure to have a good experience.