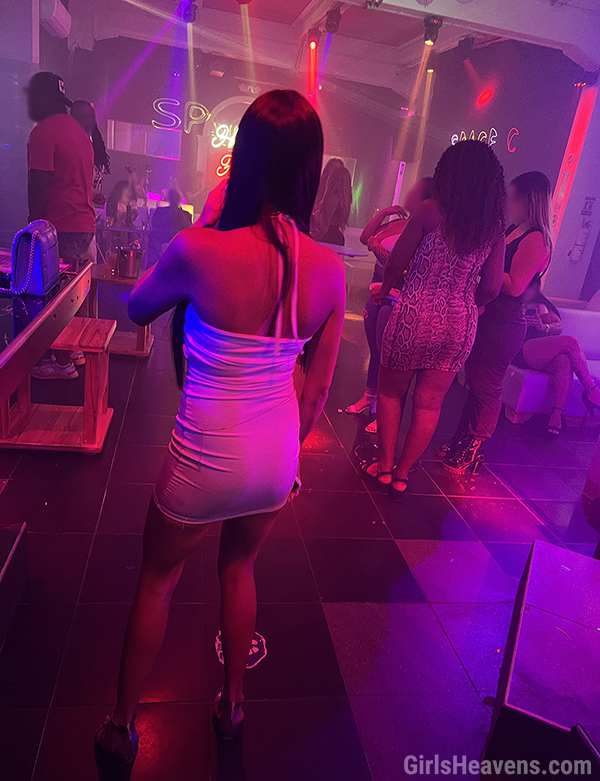 Colombia has no shortage of cities conducive to some excellent mongering. Bogota, Medellin, and Cali all have reputations for having some of the most beautiful women in the world, but each of them has a few catches as well.

If you aren’t as adventurous as others may be, or if you are simply looking for a resort-style vacation to go along with the sex with some hot Colombian girls, Cartagena may be your best bet of them all.

Cartagena is certainly not lacking in heritage and history. This Caribbean coastal town was once a favorite for pirates, and was actually the first Spanish colonized city in the Americas, earning it the title of being a UNESCO World Heritage Site.

As for the 2 main areas, the city displays both old and new, mixing in the city walls and beautiful colonial buildings of the Old Town (the “Walled City”), with skyscrapers and bustling city life around Bocagrande (the “New City”). Oh, yeah, the beach part: Cartagena has plenty of it, and the climate will constantly remind you of where you are. It’s always warm here, no matter what time of year.

This, aside from the beach, history, and architecture, makes the city the most popular tourist destination in the country. As in, Colombians come to vacation here from other cities, kind of like how someone living in the Midwestern part of the U.S. goes to the Florida Gulf Coast for a vacation.

Perhaps most importantly of all, this city has a ton of girls. The majority of them seem to be working girls, but there’s plenty nonetheless. Cartagena is only the fifth largest Colombian city, but you’ll find the girl/guy ratio here to be much to your liking.

As you may imagine, there are countless of places to meet these girls here, so let’s get on with it. There are a few things you’ll need to be aware of first, however.

Cartagena is a tourist city first and foremost, so that means quite a few things. If you’re looking for a budget trip, you aren’t going to get it here. Everything is more expensive than other Colombian cities, especially food. Well worth it, but still. The trade-off is kinda nice though: Since this is a tourist city, the police presence is very strong, especially in the most trafficked parts of the city, which coincidentally are where you’ll be doing most of your mongering. As always, avoid bad areas and take the usual precautions, and you’ll have nothing to worry about at all.

It really doesn’t matter what time of year you’re here, but some seasons are a little hotter than others. The summer (June – August) is very humid, and hot during the day. You’ll probably have to change clothes a few times if you plan on going out and doing stuff in the middle of the day. This sounds a little far-fetched, but you’ll see.

There is an endless amount of working girls here. They are everywhere. This does make it hard to know who is and isn’t, but give it a few days and you’ll acclimate. You can get some pretty good bargains, as the girls outnumber the men, and will really try to close the deal. Another great thing is how nice and enthusiastic the chicas are here. Most seem to actually love what they do, and if you know what you’re doing, it shouldn’t be too hard to make the girl genuinely enthusiastic about you, making for a much better experience.

If you want a leg up meeting non-working girls on places like the dating site (see below), you’ll need to do a little homework before. Try to take some time to learn about Colombian culture, and the history of the city as well. Learning some basic Spanish will get you far as well. Oh, and if you want things to go well in the clubs, you better know how to Salsa dance. You’ll be glad.

As with most other South American cities, you might have a hard time bringing a girl back to your hotel, unless you’re staying in a more sketchy location. The same for rented apartments in most cases. The door person may let you bring her in if they can see her ID and be paid a fee, and only if it’s during visiting hours. Be prepared and book a guest-friendly hotel in the first place.

Here are the five best places to meet girls for sex in Cartagena:

The bar scene in Cartagena is pretty awesome. There are great bars all over the city, in all the different areas. For the most part, I’d recommend staying around the Walled City (see the black pin on the map below), where a mixture of tourists and locals congregate at night.

If you know anything about picking up girls for sex in South America, you know about the social circle aspect. You’ll need to find your way into one if you plan on getting to know a girl a little better, the majority of the time. This is not very hard to accomplish though, just be polite and intentional. Since this is a tourist city, you may not encounter this as much, and will likely run into some non-locals as well, including some American or European girls. This is never a bad thing, and the anonymity of the situation is to your advantage.

Space Club (right picture) is really the one place that sticks out of all the bars and clubs, as it’s laser-focused towards gringos like you and me. Yes, you guessed it right, this is the hooker disco of Cartagena where you can walk in on any night of the week from around 10pm and will find plenty of smoking hot Latina ladies (some are even Venezuelan) who are more or less just standing around (sometimes even without a drink in their hands, the owners are cool about this), waiting to be approached by a nice guy like you who will sooner or later take them out to their hotel for a passionate sex session.

Be aware though, that sex experience won’t come cheap, as most of these ladies are specifically looking to hook up with foreign tourists (and are super attractive) and will usually quote you 100 USD. Yes, you can bargain, but usually not that much. Oh, and I almost forgot it, the drink prices in Space Club are like 15-20k for a bottle of beer and 10k for water or soft drinks. And one more thing: Don’t walk inside that place with a local guy (they might approach you on the street and recommend you that place), as you’ll be asked to pay some commission by the doorman upon leaving.

The other bar that’s worth mentioning is Delirium (left picture), which is actually a hookah bar, but has a reputation of attracting lots of “open-minded” Colombian girls at night as well. There’s no cover charge both in Delirium and Space Club.

These are really the most obvious and prevalent type of sex workers in Cartagena. Just go to the Clock Tower square (“Monumento Torre del Reloj”) and walk around the streets next to it, and you’ll see them everywhere.

It’s quite a joy for the eye alone, seeing all these hot and well-dressed girls walking along the atmospheric streets of the Walled City. They will also go inside a bar if they see it’s busy, but mostly they will just walk up and down the streets and try to hook up with any male tourist they encounter.

The prices for these ladies on the streets are somewhat cheaper than if you talk to them in the bars (you kind of have more bargaining power), but expect to pay at least 50 USD (or 250,000 DOP) for short time sex. Yes, that’s quite expensive for Colombia, but this is the touristy part of Cartagena. Check out the 4th and 5th option of this guide for much cheaper options to get laid. 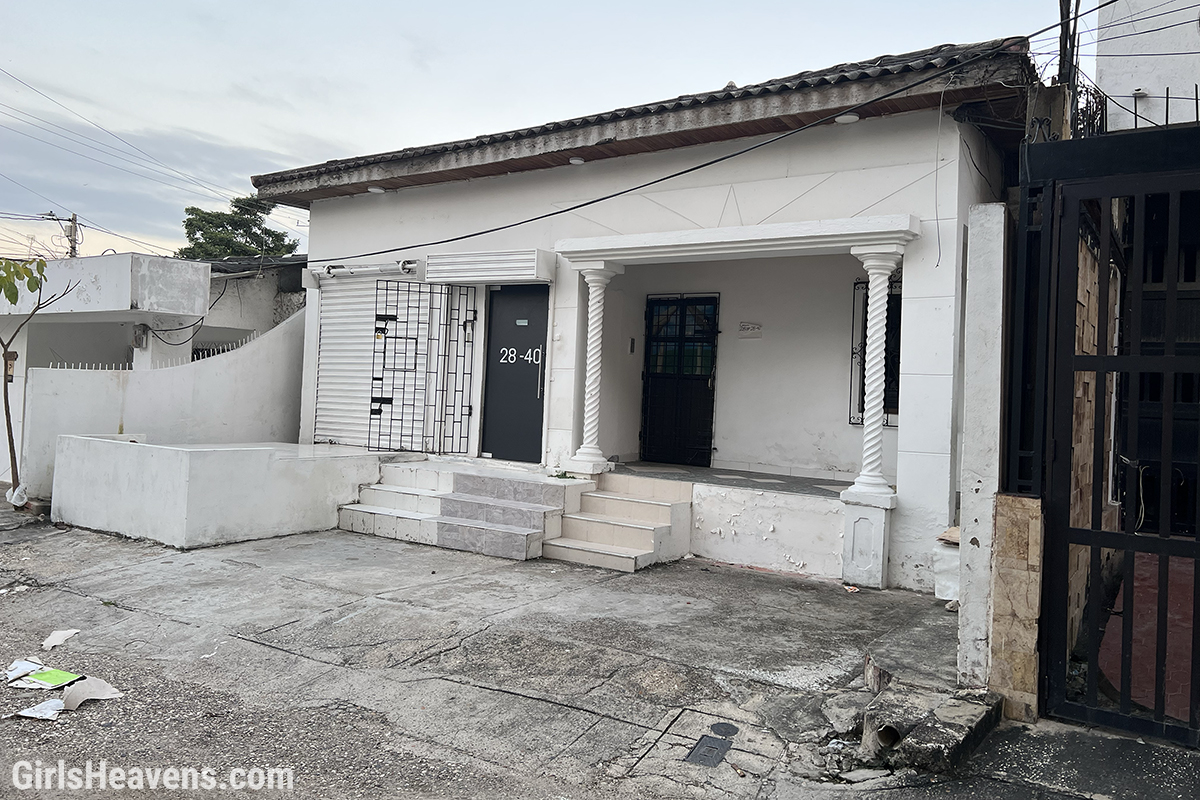 For whatever reason, sex massages are not that prevalent in Cartagena. Maybe it’s due to the abundance of pro girls elsewhere, who knows. There still are a few, however.

The Rub Spa (photo) has been around for awhile, with prices at around 200,000 COP for 30 minutes of service (only hand job). Casa de Rocio is a good bet as well. Hotel el Dorado is located in Bocagrande, and runs around 60,000 COP for an actual massage, with a happy ending for some tip if you get the right girls. 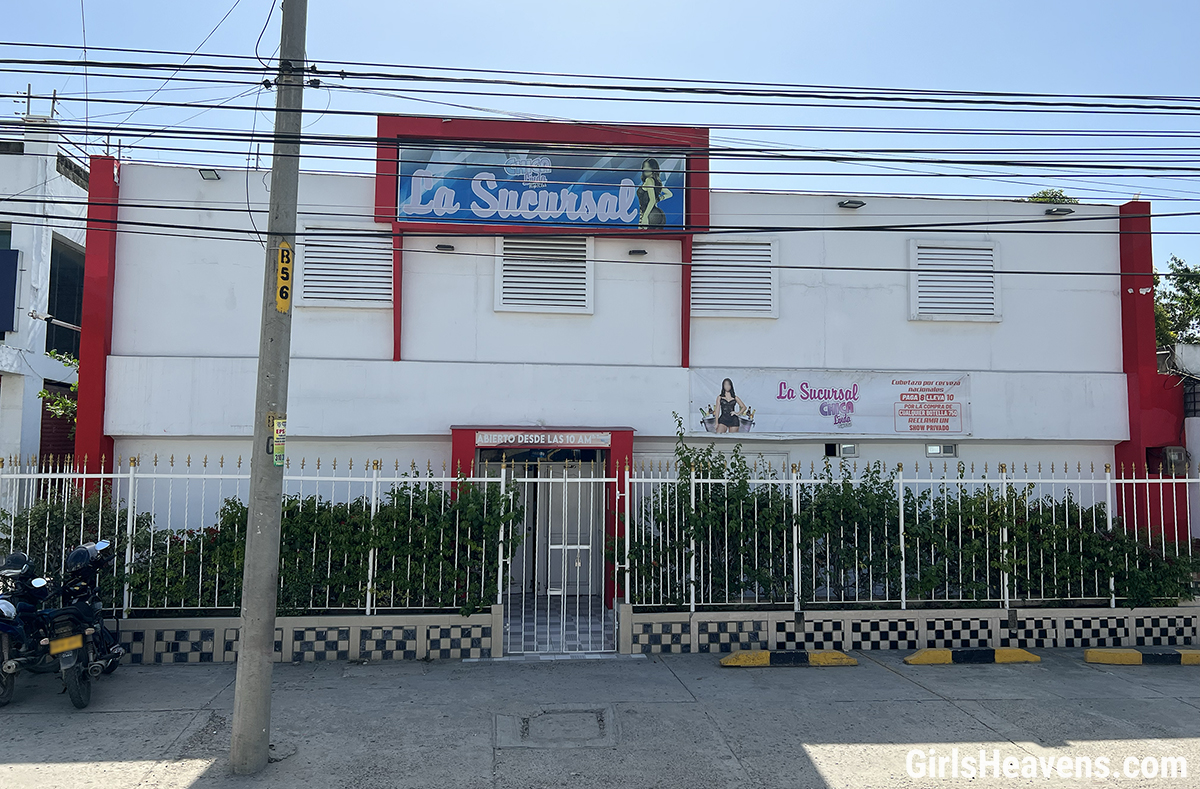 If you dare to take a trip out to the mostly local and eastern part of the city (it’s easy, just take a Uber), you can have a hell lot of fun in the strip clubs that really function as brothels as well because they have rooms in the same buildings where you can have sex with any of their ladies.

Chica Linda Night Club kind of stands out here. The girls start dancing at around 8pm (beers 10k, lady drinks 10-15k, Budweiser or Heineken), but you can come even earlier than that and they will happily open the door for you. Yes, they are totally nice and fair to foreigners, and won’t overcharge you. You’ll pay 150k for a sex session in here, including the room, which makes it the cheapest (paid) option in town.

Pley Club right next to it and Angeles Bar further down the road work in a similar way (but are only open at night) and charge about the same prices.

If you want to meet girls in Cartagena that are both super attractive and fun to hang out with, using a dating site is probably your best option. Seeking Arrangement is a hugely popular dating site both among expats in the country as well as tourists who want to meet up with nice local ladies.

Everyone needs to visit Cartagena at least once. Everything about this city is worth loving, and the abundant amount of girls to meet here for romances and sex makes things even better.

If you play your cards right, you’ll have an amazing time doing a few touristy things, while also mixing in plenty of quality time with the vast amounts of hot Colombian girls all over the place, day and night. Sure, it’s more expensive than say, Medellin or Bogota, but you’ll find it to be money well spent.

Map of Places to Meet Girls in Cartagena

Video of Girls in Cartagena