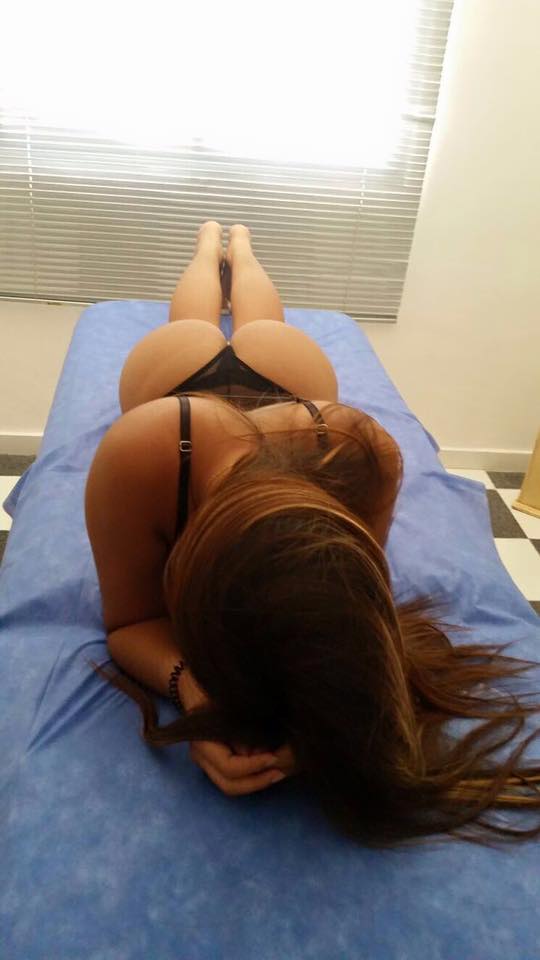 If you’ve been to other parts of Colombia, you’re probably used to the more bustling city vibe in places like Medellin and Bogota. In these cities, it’s not all that hard to find plenty of hot Colombian women willing to get down – for the right price of course.

Cartagena is a little different, however.

This place is more of a touristy, getaway sort of destination. In fact, many Colombians from the aforementioned cities often come here for vacation. Consistently warm/hot weather, beaches, and one of the most unique town areas in the country are all reasons why so many come down here, from all over the world.

Another well known fact about Cartagena is that it’s literally swarmed with prostitutes, including both pro and semi-pro.

It’s impossible to avoid them when going out to any club or bar, that’s just how it is here. The atmosphere is a little different, as they mingle and mix in with normal patrons in these establishments, and everyone just kind of does their thing.

As with the rest of the continent, prostitution is legal here, so things are fairly relaxed. You can find all sorts of girls in Cartagena, whether it’s street walkers, bar girls, club girls, escorts, all of that. And you can also find some happy ending massages and brothels as well.

So, your happy ending massage options in Cartagena are a little limited. If you’re really looking to get one, you may have to get a little creative, and embark on a trial and error sort of mission.

Still, there are a few places you can go to, so I’ll cover them below, including what some of your other options may be.

Let’s go over a few quick things beforehand, however.

The sex massages in Cartagena work much like anywhere else. You either make an appointment, or just walk in, pay for your service, and are usually either presented a girl to choose from, or you just get assigned one and follow her to the room. From there, you get the massage, and then at the end the real action happens. You may or may not have to tip beforehand. If not, you pay the extra tip afterwards, and then you’re on your way.

Different locations obviously have different amounts of girls working, so your choices will vary depending on where you are. Some locations have showers that you can use before and after. The best ones have very private rooms, and have a more upscale rather than a hole-in-the-wall sort of feel (not that anything is wrong with that).

Some locations may even let you have two girls at once, which is often a bargain. You get a four-hand massage, and then twice the action after, and often not for double the price.

Regardless of where you end up, or what you end up doing, always tip extra well if you plan on returning, as you’ll likely get even better service next time. And, as always in South America, be clean before coming, and always be nice and respectful.

Okay, now for the locations/options.

The Rub is probably the most advertised massage location in the city. They have plenty of hot girls, and you can choose from a number of different services that include everything from one girl, to multiple girls, and even nuru massages.

The location is very nice with very private rooms, and they are definitely attentive to customers needs. They are also open every day, but Sunday has shorter hours. Appointments are easy to set up, and can be done by going to their website. Or you just go there without an appointment and ring the bell at the door.

Their two most popular services are oil massage (200,000 COP) where the girl gets naked and does some boobs sliding on your body at one point, and nuru massage (300,000 COP) with a focus on body to body massage. Both services include a hand job happy ending (no sex).

The ladies at The Rub Spa are actually very pretty and clean, they have them all line up in front of you and say their names with a big smile so you can choose whoever you like.

Located at Transversal 42 #2434, Casa de Rocio has been around for awhile, and most anyone around Cartagena that knows about happy ending massages will tell you to go there. They offer everything from normal massages, to a lot more.

Rocio has the standard private rooms, some with showers. There are also a lot of girls to choose from, with anywhere from 13 to 15 on any given day. The prices are not too bad, but you’ll definitely have to pay up if you want a longer session with all the services. The base price starts out at 50,000 COP for 30 minutes of just a massage.

Hotel el Dorado is a beachfront hotel located in Bocagrande. They offer private massages, and upon request, hand job happy endings. The massages start at 60,000 COP, but you’ll have to just give it a try with low expectations, as the happy ending aspect depends on the girl. It’s worth a shot. Either way, you still get a good massage for a decent price, and likely more.

If you’re really insistent on getting some kind of massage with sex, there are plenty of escorts who are willing to do so. You’ll just have to check with the service or girl to make sure she’s down with a massage, and of course everything after. More often than not, they’ll just add the extra time or “service” onto your bill.

La Celestina and Mileroticos are good places to begin your search. Expect to pay around 300,000 to 400,000 COP at least.

Chica Linda Night Club is the best brothel in Cartagena in my opinion. It’s both a strip club and brothel (rooms on site) in one place.

First of all, the place has not only Colombian but also Venezuelan ladies working, and they are pretty hot. Secondly, even though the girls start dancing at around 8pm, if you come there at 4pm in the afternoon, they will happily open the door for you and let you choose one of the available ladies to hang out and have sex with.

And thirdly, the prices are pretty amazing: You’ll pay 10-15k for a beer (Heineken or Budweiser) and 15k for a lady drink. The price for sex with one of the girls in Chica Linda is 150,000 COP including the room, which is right in the back part of the club. By the way, if you didn’t know, “Chica Linda” translates to “Pretty Lady”, which is absolutely spot-on.

Pley Club is located right next to Chica Linda (see above) in the eastern part of Cartagena where tourists usually don’t go (it’s a typical local area). They don’t open before 8-9pm but work in a similar way like their neighbor.

The same goes for Angeles Bar 1km further up north, which is much smaller though and not as modern in terms of setup, rooms and such.

This sounds a little unconventional, but again, Cartagena is different. When you visit the beach here, you’ll notice a shit ton of vendors pushing carts around and asking you to buy their stuff. The same can be said for working girls who will just straight up approach you and proposition you.

While some of these are normal prostitutes, there are a lot of massage girls who will ask you if you’d like a massage, right there on the beach. Now, obviously you can’t do anything beyond that when on the beach, but you can always ask her if she’s willing to do a little more than that back at your place, or at a nearby love hotel. You’d be surprised how many of them will say yes if the price is right.

This method is hit or miss, but it’s still one of the more innovative ways to get off when in town.

Asking around about happy ending massages is an age-old way to find them, no matter what city you’re in. In Cartagena, it’s one of the best ways.

You can ask a taxi driver, bartenders, random dudes you see, just whatever. The city is kind of spread out, so if you’re near the Old Town, and are wondering about sex massages in Bocagrande, you probably won’t get any good info. Try to ask people very near to where you would like to go.

As I’ve said, the massage scene in Cartagena is a bit lacking. While it may not be as vibrant as places such as Bogota and Medellin, there are still a good number of places you can check out and have great experiences at. By following my guide, you’re sure to have success.