Brazil Girls vs Argentina Girls – Where Should You Go? 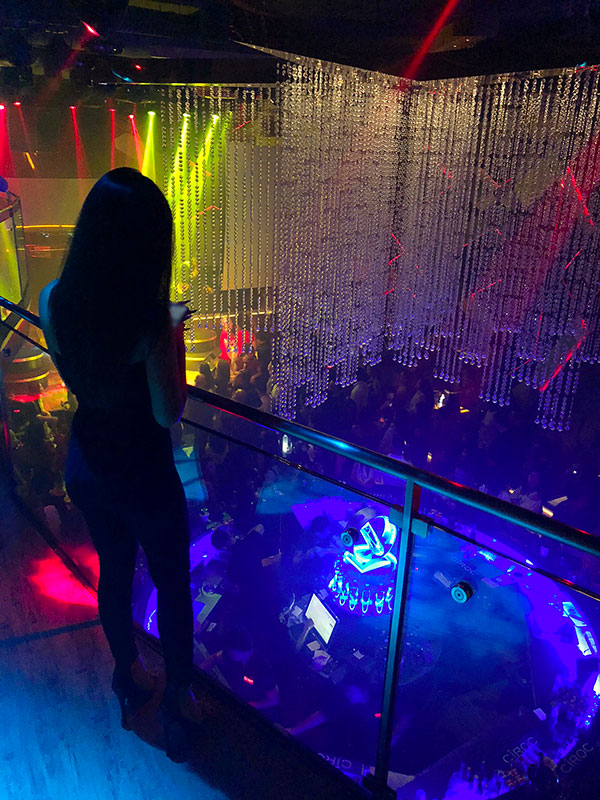 Brazil and Argentina are next door neighbors in South America, and many seem to think that the girls there are largely the same because of it. While there is plenty of traveling back and forth between the two nations on a regular basis, the truth is that while there are some similarities, the overall demeanor and characteristics of these girls varies significantly, along with their looks as well.

Below, we’ll take a look at not only the differences, but any similarities as well. Obviously I can’t speak for every single girl in both countries, but have spent a decent amount of time in both and you’ll find this assessment to be pretty spot on most of the time.

Some of the more striking differences between Brazil and Argentina girls reside with their looks and style, regardless of what city you’re in.

The types of looks and body types can vary more in Brazil in many ways. Brazil has a very diverse mixture of indigenous people, descendants of black slaves, and of course the Portuguese. As time has gone on, many of these groups have mixed together, creating the prototype body style many associate Brazilian women with: lots of pronounced curves, a slightly darker skin, and very athletic.

Stick around in the big cities like Rio, and you’ll see plenty of girls with this look. Sao Paulo as well. However, if you head to areas of the country like Salvador, you’ll encounter a larger amount of black women, who are every bit as sexy and curvy. It just kind of depends on what region you are in.

Brazilian girls tend to dress to the nines when they go out as well. You’ll rarely see a girl out without wearing high heels. Lots of makeup, lots of jewelry (if they can afford it), short skirts, low cut shirts and blouses, all of it. They really make an effort to get attention from the boys.

Style-wise, Argentinian girls are a bit more relaxed. Ask any guy who has lingered around in cities like Buenos Aires or Córdoba long enough, and he’s sure to make a remark about Argentina girls trading in high heels for worn out Chuck Taylor shoes. Yes, obviously in a country with cities like Buenos Aires, you’re going to encounter lots of ladies who make a fairly big effort when going out, but Argentinian girls are much more casual with their appearance than Brazil girls, reserving dressing up for more special occasions. Some guys may be more into that, so if that’s your thing, good on you.

One of the best things about the Western world is the ability to pull off a quick one-nighter with a girl you meet in a bar or club. Despite what you may think about South America being some kind of sensual mecca in the world, the vast majority of girls here will not go home with you on the first night, no matter how much making out goes on while out on the dance floor. If you’re new to it, it can be pretty damn frustrating and bewildering.

In Brazil, if you get the girl’s number at the club, call her or text her the next day for a date. If she says yes, your odds of scoring are sky high. It’s just how it works there. If you make it through the second date without any action and secure a third date, you’re almost guaranteed.

In Argentina, things work basically the same, though it may take more than one date to get her in bed. If you’ve joined that girl’s social group, the first few hangouts together are basically considered dates, even though you are with a group of people. After a few of those, you can ask her to go out with you alone, and after a few of those you’ll be in good shape.

Getting inside of a social circle is crucial in both countries if you are trying to get tight with a girl. In Brazil, this can be done by going to meet the girl’s friends when out at a bar or club, and if you get the mutual approval by the end of the night, you’re in, and the girl is much more likely to see you in private – maybe even the next night. Things move a bit quicker there, but you still need to at least make an effort to meet everyone.

In Argentina, the social circle thing is even more emphasized, and may take a little longer to break in. Hanging out at the same bar a few nights in a row can be a good way to meet some groups of people, and perhaps join them at a party or gathering at someone’s home. After a few occasions, you’ll be in the loop, and you’ll know when everyone is going out or having people over. Girls here are a little more private about their sex lives, so you’ll need to work a little harder and be a bit more discreet if you are hoping to win her over. Regardless, you have to be in the social circle.

This is what makes the dating part so hard. Girls in both countries tend to be pretty flaky when it comes to setting up dates. That’s why I always recommend you to use the dating sites to build up a prospect list of multiple girls for backup in case something goes wrong with a different girl. She may agree to the date earlier in the day, but back out or make up some dumbass excuse at the last minute. In that case, just text the next girl on your list (or even have already made an appointment with her one hour later), and see it from there.

The language barrier can really hinder you in both countries. While there are plenty of girls who know English in Brazil and Argentina, there are plenty of girls who, well, don’t. Fortunately, that isn’t as big of a deal in Rio, but outside of that, knowing Portuguese (in Brazil) or Spanish (in Argentina) goes a long way in helping communication go better if you are out looking for girls you don’t have to pay for.

In both Brazil and Argentina, knowing the language gives off a sense that you aren’t some aloof tourist in town for some easy sex, it shows you value their culture and are sophisticated and worth getting to know.

I will say however, that some girls, particularly in Sao Paulo, look for guys that don’t know Portuguese, as it’s a way of indulging in foreigners and getting away from all the Brazilian guys in town, so keep that in mind.

Brazilian girls tend to be a little more outgoing, especially when you are talking to one at a bar or club. Things can move fairly quickly, and before you know it, you are in the midst of a quick make out with the girl, even if you’ve only been talking to her for like 90 seconds. That’s pretty common in Brazil, and certainly takes some adjusting if you’re not used to it.

In Argentina, things don’t move as fast, and many girls there aren’t so nightclub oriented. That’s quite strange as most Latin American countries offer great opportunities to meet local girls in the nightlife. You may get farther with a girl by taking her out for coffee and talking about life for a few hours. That may be annoying if you are just out for some quick sex, but if you are looking for a girlfriend or serious relationship, that’s actually a good thing.

Another big difference is the gringo aspect. You can often use it to your advantage in Brazil, even more so if you are in less touristy cities. You won’t have the inherent gringo allure that guys experience in places like Colombia, but it’s definitely an advantage most of the time, and gets a foot in the door.

Argentinian girls aren’t so impressed. They’ll likely be skeptical towards you, especially if you don’t have a decent grasp of Spanish to them, you’re just another ignorant tourist who thinks he can pull off a bunch of local girls simply by being a gringo.

As far as flirting goes, Brazilian girls are all about it. They love to be flattered and showered with compliments, and love for you to talk about them. It’s all part of the game, and they seriously enjoy it. Argentina girls won’t fall for it as easily, as their skepticism takes front stage in such situations, but again, that’s a good sign if you are looking for something more long term.

Argentina and Brazil girls are truly different breeds, with just a few small similarities loosely tying them together despite their close proximity. As long as you know the ground rules beforehand, and what you’re getting into, you’ll find varied degrees of success when visiting their countries. Of course, there are always exceptions, and you may sometimes find striking exceptions to what I’ve outlined above.