The Different Types and Costs of Hookers in Argentina

It’s probably no secret to you that Latin American women are among the most beautiful and sensual in the world, especially in South America. Argentina isn’t seen as the sex destination (yet) that places like Brazil and Columbia are, but that doesn’t mean it doesn’t have its fair share of action to be had.

The women here have a noticeable vibe to them that you won’t encounter anywhere else. There is a sense of sophistication and confidence that makes them more attractive than they already are. They aren’t as approachable or as initially outgoing as say, a girl in Rio. Unfortunately, this also makes them hard to pull if you are out looking for companionship. The process could very well take days, if you even get that far.

Fortunately, the sex scene in Argentina is alive and well when it comes to working girls. Like most countries in this region, prostitution is legal in Argentina, as long as it doesn’t involve a third party (a pimp, brothel, etc.) Some cities, such as Cordoba, have taken steps to reduce the sex worker population, but other cities including Buenos Aires are alive and well. You have several options for paying an attractive woman to spend some very quality time with you, and the process is generally easy to deal with.

There are a few things you should know first, however.

As far as accommodations go, things aren’t as strict in Argentina in regards to bringing a lady guest back to your hotel for sex, but there is still the chance that it’s not allowed. Fortunately, Argentina is full of “telos“, which are love motels that you can rent by the hour. This is a very common thing here, so don’t feel like you are doing something weird. The room rates are usually reasonable, and will set you back about $20-45 for two hours in a decent room with mirrors, a jacuzzi, and other helpful features.

Also, be advised of some things to avoid. If you encounter anyone being pushy or aggressive in any way when it comes to paying for a girl, or drinks, or whatever, get out. Brothels and pimps hire people to hand out cards on the streets with pictures of “the girl”, who isn’t likely the girl you’ll meet, and then lure you into a private building where they will either trap you in and shake you down, or hustle you with expensive drinks and outrageous hourly fees. It never ends well, and in the best scenario you walk away without any money left.

Some night club and strip club girls will try to hustle the hell out of you as well. If they keep asking for money or drinks, or being just pushy in general, you’re getting taken for a ride, and you will not get your money’s worth for sure.

Okay, now that we’ve settled that, on to the prices.

Things aren’t what they used to be with street hookers. Once the primary way to find a working girl, it’s now basically seen as a last resort for many, as it should. Argentina’s laws don’t help things, either. Prostitutes are required to stay a certain distance away from neighborhoods and other locations, so they are few and far between. What you do encounter won’t be very ideal.

There aren’t really any red-light districts anymore, as the country kind of punished those to the side as well. Your best areas for hookers are going to be around strip clubs and brothels, which seems rather obvious. This is not to say that you definitely won’t find a quality girl on the street from time to time, but it’s a rarity.

The club scene is a bit odd in Argentina. People don’t go out until very late, and the party doesn’t really get started until around 2:00am. Many clubs in cities like Buenos Aires are at lower capacity during the week, but the weekend is much more fun.

This is the best chance to find hookers out in the “regular” nightlife, and it’ll be pretty obvious when you see one, as they’ll be the only girls in the room actually making an effort to talk to you (which is usually rather uncommon for Argentine girls). 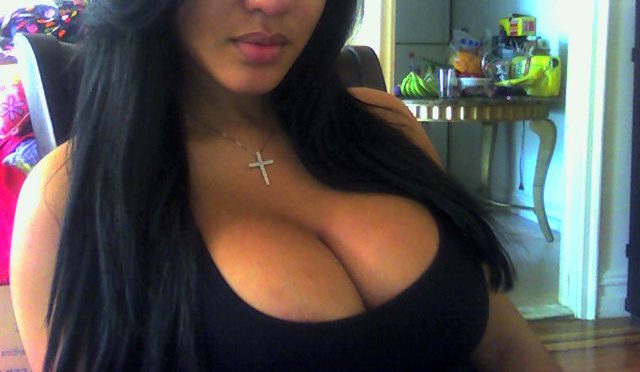 Now this is a good choice. The strip clubs in Buenos Aires are quite the good time, and they function as brothels most of the time as well. Sometimes you can even choose from the girls running drinks on the floor in addition to the girls on stage.

These strip clubs operate like any other one, only you can pick out your girl and take her to the back. Make eye contact, and approach her while she’s performing, where you’ll be able to work out a price (after buying her a drink or two).

Still, these are basically brothels, and it’s very common to find a madam running the outfit, who will give you a lineup of ladies to choose from before going to your private room. If you’re unsure on whether you’re in the right place or not, look for a “relax” service listed on the prices either inside or online.

As is the case in brothels in Brazil, they are technically illegal, but still prevalent. They won’t advertise explicitly, but you can find them. Avoid any back alley brothels, or any brothels brought to your attention by the pushy “salesmen” I mentioned earlier.

Quality varies from brothel to brothel, but you can find some good ones in this guide to start with. The process is simple: the madam gives you the list of prices upon entering, a line-up is presented, and then you choose your girl and time amount. Calling ahead to book is encouraged, although most brothels will take walk-ins without a fuss.

The most popular dating site in Argentina is Seeking Arrangement – a site where “sugar daddies” can easily meet “sugar girls”. If you are wondering what the hell I’m talking about – well, on this site you will find Argentina girls who will be your girlfriend if you support them financially. Simple as that.

This is a convenient yet pricey way to end up with some of the hottest girls Argentina has to offer. The prices are going to be higher, but if you’ve booked an escort in the modern age, you know the convenience it provides. You can be incredibly selective.

The majority of escort girls are going to be from Argentina, but there are plenty of other girls to choose from as well, whether they’re from neighboring countries like Brazil, Chile, Colombia, or Uruguay, or from further away such as China, Philippines, or the Ukraine. You’d be surprised at the mix you’ll see at times.

Online is the best route to take when looking for escorts. A quick Google search will reveal scores of legitimate links with a massive amount of girls to choose from. SensualBaires.com is one of the most loaded sites, and most of the girls have personal videos and even reviews you can view as well.

So, that about sums it up. Sex is all over Argentina, even though it may not be as openly celebrated and promoted as in Brazil. It’s obviously impossible to have a truly comprehensive guide, as things are always changing, but I will make sure to update this page in the future.