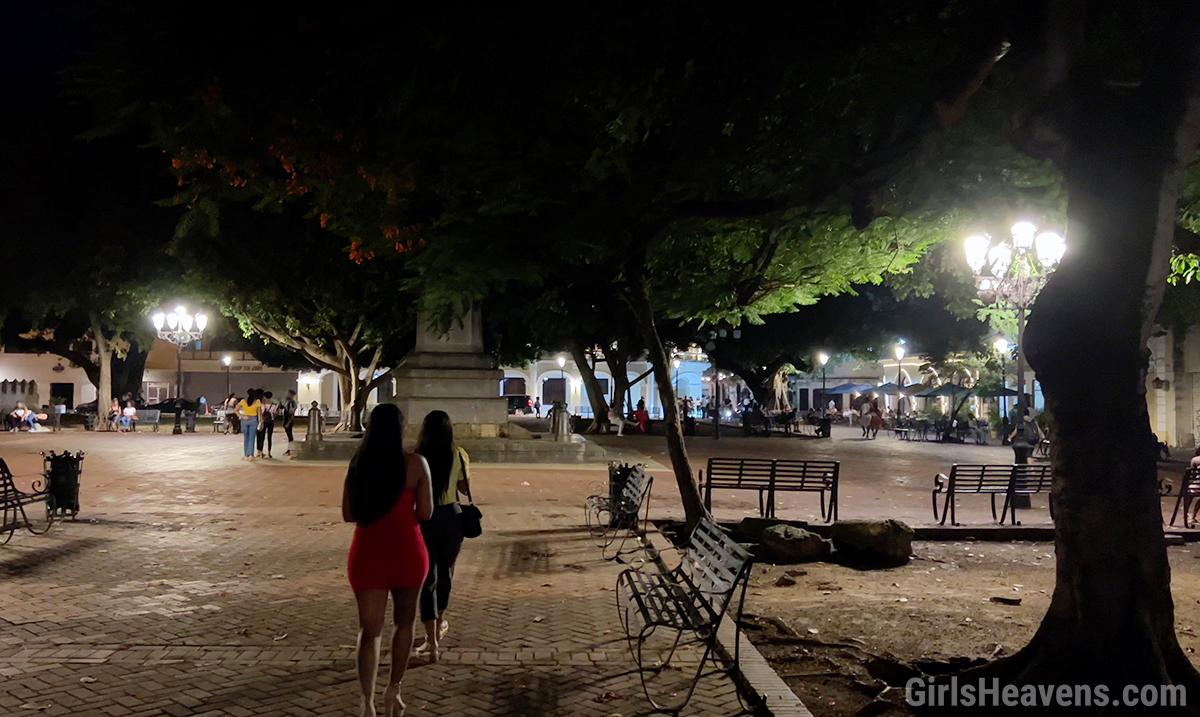 The Dominican Republic can be a bit polarizing to some, and for more than a few reasons. Whether it’s the atmosphere and surroundings, the women, or the island itself, there seems to be a lot of differing opinions out there.

But that’s what’s great about the Dominican – it’s truly a different place, and it has a lot to offer that you can’t find anywhere else. Good and bad.

In some ways, I think the Dominican is underrated and somewhat overlooked. I mean, it’s technically in the Caribbean, but since it’s surrounded by so many other popular destinations (mongering and otherwise) such as Havana in Cuba, it falls further down the list for some.

Santo Domingo is the capital of the country, and the oldest European city in the Americas. Situated on the coast, you get the beach aspect, the old town feel, and of course a ton of beautiful women that are unlike anywhere else in the world.

What to Know Before Going

A few things to go over before you arrive here.

First and foremost, the DR is a bit rough around the edges in a lot of ways. There’s some definite third world shit going on here, which includes poverty, run down parts of the city, and even some issues with basic utilities at times.

Fortunately, much of these issues are contained to areas you won’t be getting near anyway, but the effect carries over at times to the parts you’ll be visiting. For instance, people here love money. Men and women. If you look like you have it, expect to be pestered by people trying to help you out with whatever, and certainly expect some pro and semi-pro women to give you lots of attention, to the point where you literally have to shoo them away.

If you’ve talked to any older men who have been to the DR more than once, there’s a good chance they are hit up for money every now and then by their DR girlfriend(s). So it goes. The women here love sex, but they love getting money out of it too, whether that means directly, or via sympathy (my mom’s sick, my kid’s sick, my car needs repair, etc etc etc).

So, long story short, if you want to impress and likely close the deal with a girl you meet here, be sure to pay for everything when you’re together, and stay in a nice place that has a pool and good air conditioning.

As for sex, the DR is not a bashful country, and even though it’s technically Catholic, you don’t have to worry about the “secret slut” crap you encounter in other Latin regions. Everything is pretty out in the open. The girls here may still make you go on a date or two before giving it up, but it’s not like Colombia or Mexico. Oh, and be direct and upfront. The girls like it here. Take charge.

The girls here are unlike any other. And I’ll say again: They love sex. You’ll see a lot of light-skinned black girls, white girls with Latina features, black girls with mixed Dominican and Haitian ancestry, and typical Latinas. It’s heaven if you like the darker girls, and especially curves.

In regards to the gringo factor, it’s definitely in play in Santo Domingo (and anywhere else in the Dom Rep). If you look remotely foreign, you’ve got an edge. And as you may have guessed, knowing Spanish will go a long way. Make sure you study up before you come, and learn how to be quick with Google Translate.

Also, in the DR, other guys are your friends. Try to befriend other guys in bars and clubs, and maybe at the gym, baseball field, or basketball courts. They’d love to be your wingman, and introduce you to some friends. No worries about competition.

Piantini is basically the “new money” part of Santo Domingo and has some high-end nightlife, along with a lot of good day-game spots such as Agora Mall, Blue Mall and Sambil. Lots of good restaurants too. Should you stay here, it’ll give you some points with the girls, as it’s safe, and shows that you may have some money to blow.

The Colonial Zone (Zona Colonial) is the historical area of the city. This is where all the tourists are during the day, and where you can do some day-gaming, and pick up some pros and semi-pros at night if you’d like. Lots of nightlife. Venezuela Avenue on the other side of the river is a good area for a little more seedier bars and clubs as well as sex workers on the streets.

As with anywhere, don’t go around flashing your nice watch and money. Avoid walking in bad areas at night, and look out for pickpockets in packed areas. Use your head and you’ll be alright. 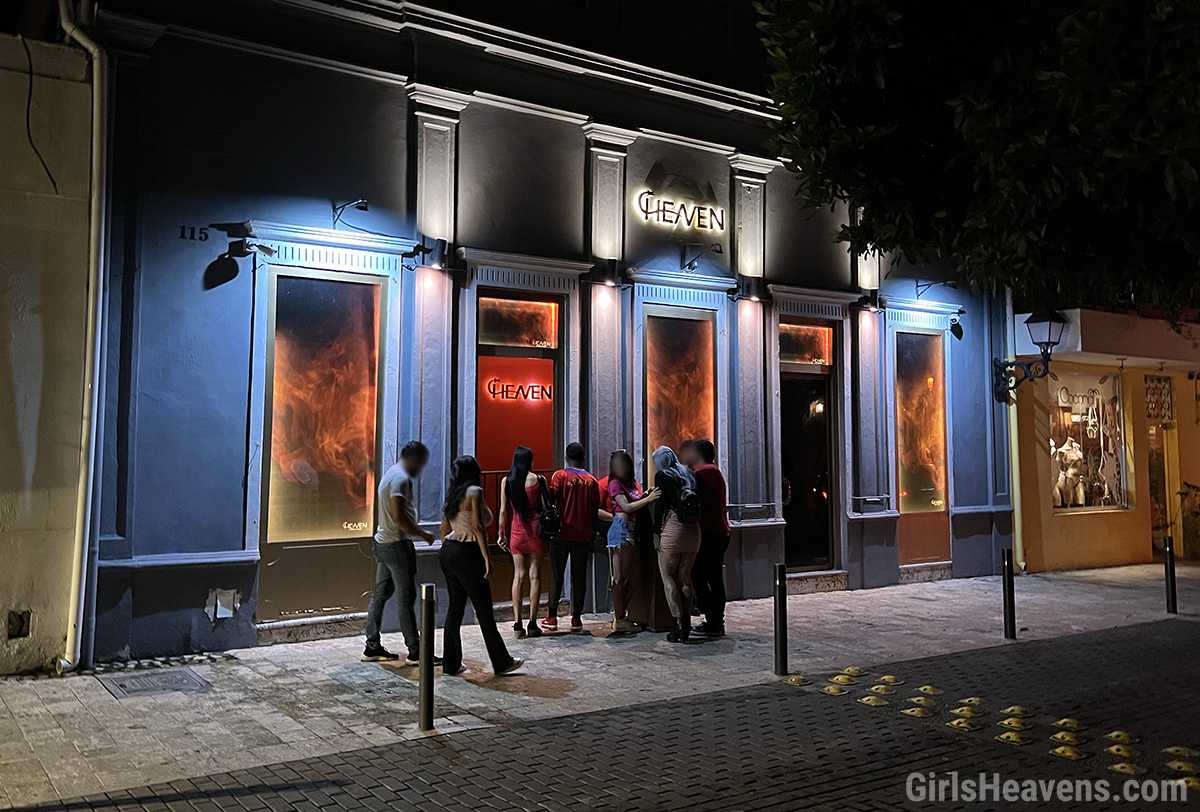 The clubs and bars in the DR are pretty wild, and can sometimes feel a bit, well, off. As in, you feel like you’re there with some shady people, even if it’s a nice club. It’s all good, just embrace it. Everyone is there for a good time, and likely on the prowl to take someone home.

As with most Latin regions, it’s all about the dancing in the clubs. Find a girl, dance with her, move on to another to make her jealous, talk to her friends, get a number – the usual. However, this being the DR, the girl may want you to be her sugar daddy, and become your instant girlfriend during your stay.

If things are going well, make up an excuse to either walk or take a taxi back to your place. Pay for the taxi, and be ready to pay for her ride back too. It’s not too hard to pull multiple one-night stands during your stay. Also, if it’s during the week, don’t wait until very late to leave.

Do note that these are your best chances at scoring with a Dominican girl you don’t know. For even better chances, do some day-gaming at the malls (like Agora or Galeria 360) or restaurants, and invite the girl out to hit up some bars and clubs, and then make an excuse to head to your place after pounding some drinks for an hour or two.

Brothels used to be very common in Santo Domingo, but the government cracked down on this type of stuff over a decade ago. That said, there are still brothels around, referred to as “casas” – such as GBP Girl House and Casa Teresa, where you can have sex with the ladies with rooms onsite for around 2,000-5,000 DOP. GBP Girl House gives you the best deal actually, they charge 2,000 Pesos for a sex session including the room. You can also have a drink at the small bar and hang out with the ladies before or after your session. They open at around 3pm.

As for strip clubs, the setup is a familiar one (outside of the U.S.). Most of these clubs will let you take the girl home for an exit fee, which is often around 4,000 DOP to start off with. A lot of times the girls will not be on stage dancing unless the place is full. If you see a girl you like, you’ll be encouraged to take her to the private area, buy her a drink, and negotiate from there. Some clubs have a room you can get onsite, or you’ll simply have to take her elsewhere. 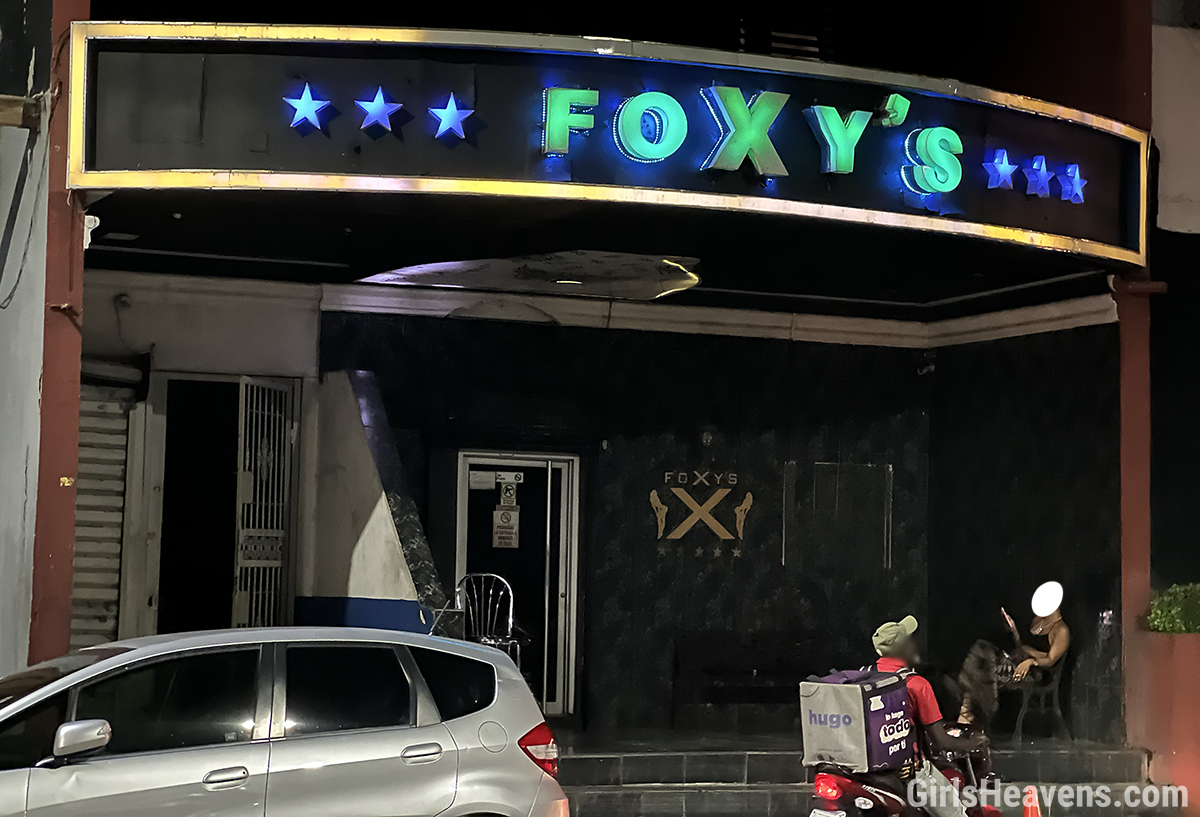 A lot of the bigger strip clubs have been shut down over the last two years in highly publicized busts targeting human trafficking.

Foxy’s Night Club is probably the best remaining option, it kind of feels like a gentlemen’s club. You can find some very hot girls there, and it’s clean and safe. It’s a bit pricey though, at least by DR standards: Expect to pay between $80-120, depending on the attractiveness of the lady.

Interestingly enough, happy ending massages are not all that prevalent in Santo Domingo. It’s nearly impossible to find any listed anywhere.

There are a couple of hotspots in the capital where you can hook up with prostitutes right on the street at night:

The famous pedestrian street Calle El Conde and especially on Columbus Park (Parque Colon) you will see plenty of sex workers every night. Avenida Venezuela is known for street hookers as well, but it’s not as convenient to get to compared to the other hotspot that is conveniently found in the Colonial Zone.

One of the unifying factors of international mongering is the fact that local escorts are always a reliable way to have sex with the hottest working girls in the area. The same goes with Santo Domingo.

In many ways, this can actually be a good bargain, since you’re spending close to what you would be when sugar-daddying your temporary girlfriends while you’re in town, but without all the drama after.

Most of the upper-tier escorts in Santo Domingo run about $175 for an hour, but it can be worth it if you have that budget. You get to skip all the bullshit and get right to the sex – and then she leaves.

If you want to meet girls in Santo Domingo that are both super attractive and fun to hang out with, using a dating site is probably your best option. Seeking Arrangement is a hugely popular dating site both among expats in the country as well as tourists who want to meet up with nice local ladies.

Santo Domingo is certainly for the adventurous, and even more so for those that love the unique looks of the women here. It’s one of the easiest cities to have sex with numerous local girls, young and old.

If you have even a little game, and figure out the vibe and atmosphere quickly, you’ll fit right in and have a blast. And if all else fails, you can just call a hot escort, or make a stop at a strip club. Either way, you’ll have a great time.

Map of Places to Meet Girls in Santo Domingo

Video of Girls in Santo Domingo