Sosua is like the Pattaya of the Dom Rep, albeit a smaller version. You’ll love it. 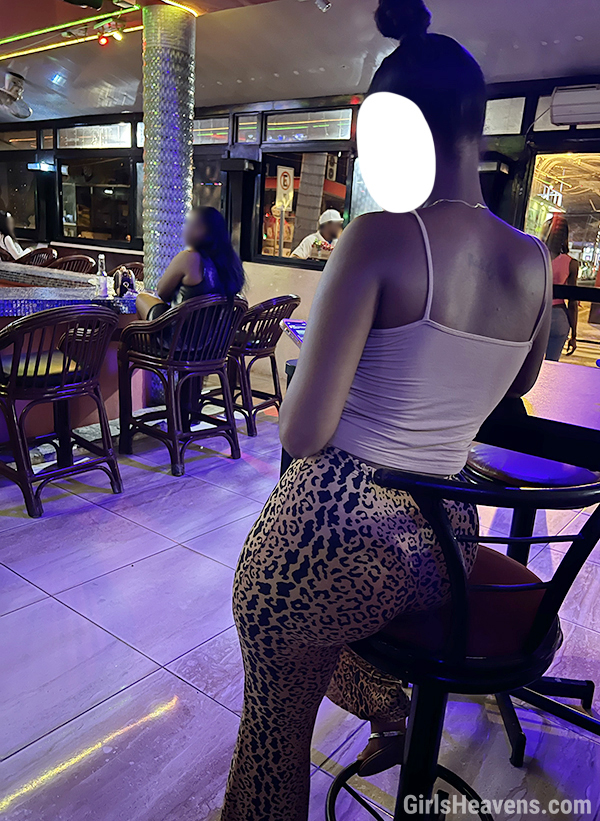 The Dominican Republic is quite the adventure, for both good and sometimes bad reasons. There are plenty of things to love about it, whether that’s the beautiful beaches, the cheap food, and of course, the massive amount of hot girls in all shapes, sizes, and shades.

As far as mongering goes, it’s not one of the most seamless destinations, but once you get in the flow, you can really have a good time, and with minimal effort.

One thing about the DR is how diverse it can be in regards to where you are. Even a quick 45 minute bus ride to a different city or area can bring you a much different vibe, which carries over to the women as well.

With that said, if you know anyone that’s ever been to the DR, they’ve likely been to Sosua. This place certainly has a reputation, and it’s well-earned. Sosua is the place for mongering in the country, and although there’s been some changes here in recent years, it’s still the best. And it’s a little wild.

Sosua is located in the Puerto Plata province of the Dominican Republic, and combines beachside attractions with a vibrant city life, a verifiable red light district, and a lot of clubs and bars, all inside of a much smaller space than a city like Santo Domingo.

What to Know Before Arriving

There are some basics you need to be aware of before arriving, as they’ll ensure you have a much better time, with fewer surprises.

Although Sosua is more beach-oriented and smaller than Santo Domingo, it does have some of the same vibe and cultural aspects. Things aren’t so pristine here, mainly in terms of infrastructure and utilities, I will say that the internet is very available and strong in most locations, but you will have some utility issues in some areas from time to time, especially if you’re staying anywhere other than a hotel or resort. Not really a big deal though.

The people here are really hard up for money, which shouldn’t be a surprise either. You know what that means: Everyone is your friend, especially if you’re obviously a gringo or tourist. Be prepared to say no a lot, whether it’s to a fruit salesman, a taxi, or someone trying to get you in their bar. Things are very safe here though, so you’ll get used to it, and have no reason to ever be concerned.

As far as the girls go, since Sosua is so known for being a mongering town, it’s a safe assumption that 75% of the girls you see are at least semi-pro, and that includes everything from the bartender at a club, to the girls working at the resort. At nighttime, this really takes off, as girls will literally grab your arm as you walk down the street and proposition you.

And that’s the thing. While many mongering spots feature a mix of working girls and normal girls you can try and meet for one night stands, Sosua is mainly hookers, or at least girls that will expect something in return. There’s even college girls that come here on the weekends or holidays looking to make some extra money by having sex with young tourist dudes.

Expect a healthy mix of Haitian girls, darker Latinas, and a few random lighter skinned ones as well. Same as it is with the rest of the DR, with maybe more black girls than other cities.

Anyway, long story short, the typical rules apply as with most other Latin-ish areas. The more Spanish you know the better, local currency is better to use, lock all your valuable shit up in your room, and make sure you agree to a price beforehand.

Sosua is small, so it’s easy to find the “good” areas to stay in. You can stay at resorts, some nicer hotels, or even at an Airbnb, which is always a good idea.

The red light district is basically along Pedro Clisante (the main road in downtown Sosua). This has the most hookers both on the street, as well as in the clubs and bars.

The best place to meet girls in Sosua’s nightlife is in the various bars and clubs throughout the small city. Everything is fairly condensed along Pedro Clisante, so it’s not hard to go from one to the other. Regardless of where you go, there will always be a ton of working girls hanging out, with the evening doubling the amount.

A lot of these girls go to the same places every night. The good thing is you don’t have to worry about paying a fee to the bar to take them home (all ladies are freelancers), but if you want them to stay around with you for a bit, you’ll need to buy them a drink, or maybe even some food. From there, you can chat them up and try negotiating to see if she wants to leave with you.

It’s quite funny to watch actually, most girls would just walk into a bar, sit down somewhere without ordering a drink (the owners are cool with that, probably because hot ladies attract male customers), and if they don’t find a guy within 10 minutes or so, they stand up and walk to the next bar.

Notice I’m not really covering the usual part about how to hit on girls at the bars and clubs. It’s because most of these girls are there to get money, even if they aren’t full time prostitutes. Sure, you’ll find a girl every now and then who just wants to have sex, but that’s a rarity. Be prepared to pay (2,000 DOP is a rough average price, but it’s highly negotiable), or give her something small as a “gift” later on.

Special tip: Try hitting on the waitresses in the bars. That’s your best bet for a normal encounter.

Here are some of the most popular bars and clubs with the most traffic (all in Pedro Clisante):

The ladies who are frequenting the bars are really the same as the ones who are standing and walking on the streets. That means their price expectations for “fricky frucky” (sex) are also exactly the same:

1,500 DOP is the lowest price you’ll probably encounter – after some negotiation. Of course it always depends on the age and attractiveness of the chica, as well as how much she likes you. 2,000-2,500 Pesos is what most people end up paying. And don’t be shocked if they initially ask for 100 USD, this is really just for her to check the waters. Be polite, funny, don’t rush – and negotiate.

Street Hookers are found everywhere in Sosua, but the hot spots are definitely Pedro Clisante and the Sosua Beach Promenade.

And if you don’t want to take her to your hotel, there are a few short time hotels (500-700 DOP) in Pedro Clisante – your girl will know them. 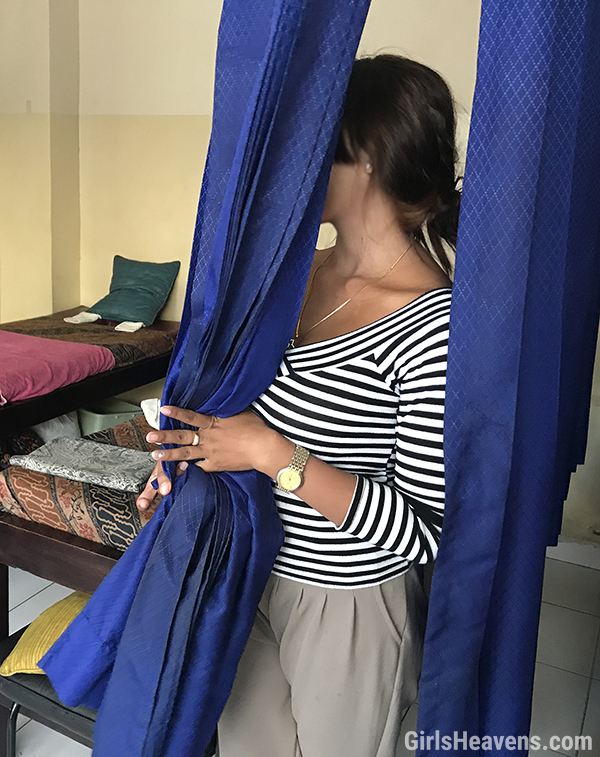 Sosua has a good amount of happy ending massages available, but you won’t find any of them listed online, as there really isn’t a need to. Just go to the hotspot at the intersection of Dr Rosen / Dr Alejo Martinez or simply walk down Pedro Clisante during any time of day, and you’ll see girls trying to grab you by the hand to lead you in.

This is where you can often get the cheapest action, along with a mediocre massage as a sort of bonus. Most of these places are pretty small, and may only have 1 to 3 girls working, but it’s worth a shot.

Prices are the same everywhere: It’s 500 DOP for 30 minutes and 1,000 DOP for 1 hour. On top of that comes the propina (tip) depending on the type of happy ending: about 1,000 Pesos for a hand job, plus 500 Pesos for a blow job, plus another 500 Pesos for sex. All negotiable of course, and not all ladies will do full service.

Note that the massage salons here don’t have showers onsite, they’ll only give you a towel to rub off the oil.

As with the massage parlors here in Sosua, you won’t find a lot of escorts online, or advertising all over the place. That’s just how it is here, and mainly because there’s so much action going on in the bars, clubs and with street girls that escorts aren’t the hottest of commodities. Part of that also has to do with Sosua not being a big or extremely nice city.

However, there’s still a few good places to look up on a Google search. Worth a shot.

I will say that you can sometimes find girls to set things up with on various dating sites here (see below). They may not be escorts in the traditional sense, but you can agree to a price and duration with these girls’ services ahead of time before you’re in town, saving you the hassle of setting off on foot at the various spots around town.

If you want to meet girls in Sosua that are both super attractive and fun to hang out with, using a dating site is probably your best option. Seeking Arrangement is a hugely popular dating site both among expats in the country as well as tourists who want to meet up with nice local ladies.

Sosua is a wild place, but once you’ve settled in, you get a better idea on how to operate. This is one of the most affordable places in the world to enjoy nice beaches during the day, and tons of beautiful women at night (or day).

It really doesn’t get any easier than Sosua, so if you’re an older guy that generally pays for your fun these days, or if you’re a strapping younger dude who can spit some serious game and pull girls regardless, you’ll both do just as well, and have the time of your lives while here. There’s a reason so many guys make this a frequent sex holiday destination. Give it a try yourself!

Map of Places to Meet Girls in Sosua

Video of Girls in Sosua