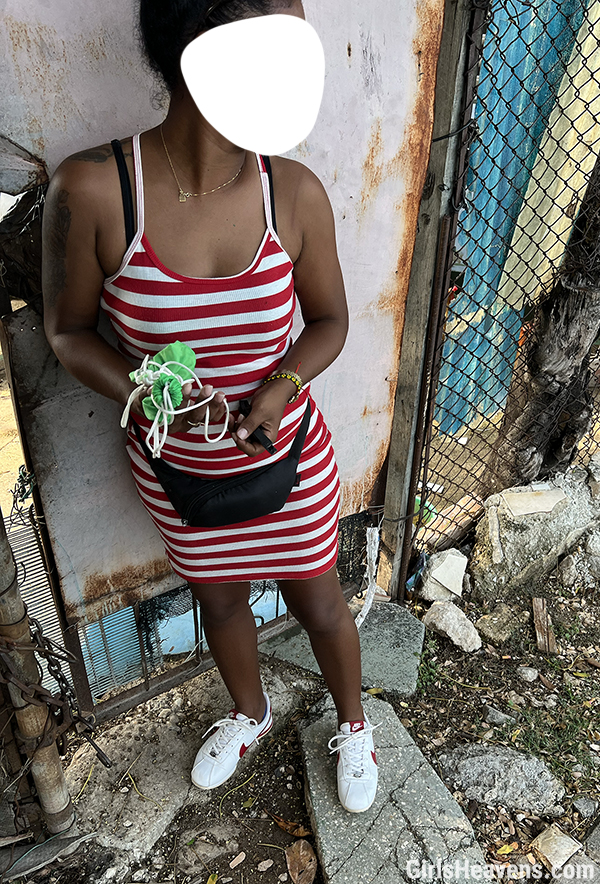 Out of all the places to visit in the world to meet girls, Cuba is one of the most perplexing by far. Anyone even remotely familiar with international affairs knows about the trials the people face here due to a communist government that is also an expansive police state.

However, if you’re thinking that Cuba is like North Korea or something, rest assured that it’s not. Despite its many problems, Cuba is still a very outgoing and beautiful country with one of the most outgoing cultures you’ll ever encounter, along with some of the finest beaches in the world. And perhaps most fortunately, tourists are very much welcome.

Oh, and then there’s the girls as well. Like the nearby Dominican Republic, Cuba has its fair share of light skinned latinas, mulattos, and of course hispanic black girls as well. The girls here are truly like nowhere else, and while the pursuit may be a little different from what you’re used to, it’s every bit as worth it.

The easing of travel restrictions between Cuba and the U.S. began in 2016, which has brought some changes to the country, but things remain the same for the most part. Cuba remains sort of a puzzling mystery in a few ways, and depending on who you talk to, you may get different opinions on how to approach the girl scene here.

Before I get to all of that, there are quite a few things to be aware of before coming to the island, however.

What to Know Before Arriving

If you’re thinking that Cuba has a similar situation you’ll find in most other Latin countries, things aren’t that simple. Yes, this is a poor country, but due to the current government situation, this alters things a little differently than elsewhere.

The first thing you’ll notice here is that people are very outgoing, very accommodating, and love helping you out. Part of this is genuine, but also because people here make less than $100 a month from their jobs, and have to hustle to get more money elsewhere.

Still, it’s pretty refreshing. Cubans love tourists, and cities like Havana are a lot more safe than most anywhere else in the U.S. and other western areas. The reason is pretty simple: If you mess with a tourist, the government will bring the hammer down. Due to all the sanctions against Cuba, they rely on tourism more than anything.

As for the girls, this is where things get a bit tricky. Prostitution is rampant here, but the government is always trying to crack down on it. Regardless, when you are in nicer areas of the city with all the bars and clubs, assume that 75% of the hot women you see are actually working girls. And the 25% that aren’t? They’ll still want something from you as well.

That’s just how it is here. If you meet a girl at the club, and end up taking her back to your place, she’s going to likely ask for some cash, or a gift or two afterwards, even if she was a normal one-night stand. You need to say yes. Have a bit of cash on hand, or even some nice toiletries or cheap jewelry if you can. I can’t emphasize this enough. 99% of the time, you need to have something to give any girl you have sex with here, no matter how or why it happened.

And another thing: You need to know at least some Spanish. The more you know, the more detailed your conversations and negotiations can be with a lady, which will definitely help your case. Knowing how to salsa dance is an advantage too.

As I mentioned earlier, Havana is a very safe city, so it’s not like you can really stay in an area that’s a lot worse than another. Still, there are some strategic regions you can stay that will put you closer to some action.

Before I get to that though, be aware that if you’re staying in a hotel, you have almost zero chance of getting a girl to your room. The staff will not allow it at all. What you need to do is stay in what’s known as a “casa particular” which is the equivalent of renting out a small apartment or condo.

Depending on where you are, you may have to share the building with the owner or some family. Make friends with the landlord, and ask him if it’s okay for you to bring girls around. He’ll likely say it’s okay, but you’ll need to register her in the sign-in sheet with her info if so. (Yeah man, remember, it’s Cuba.) And don’t worry, if this approach fails, your lady will very likely know some apartment where you can go for “short time” (supposing she’s a prostitute of course). In that case you’ll need to pay $10 or $20 for that room on top of her actual sex price.

As for where to say, your best bets are the modern business district known as Vedado (Avenida 23, also known as “La Rampa”, is the nicest street where everything centers around), or Malecon, where the famous Malecon Sea Wall is (more on that later). Old Havana is an obvious must as well, as the nightlife and entertainment are mostly split between this and Vedado.

This is where you’ll likely have the most success in the nightlife. The clubs in Havana are always a good time, and on most nights, you’ll notice a very large girl to guy ratio.

The protocol is fairly normal to the naked eye: Buy a few drinks, dance with a few girls, and see where it goes from there. Things aren’t what they seem though. Most of the girls there are prostitutes, or at least semi-pro. They also aren’t about quotas, so it’s a one and done kind of thing for them.

What does this mean for you? It means that since these ladies have taken the time and money to get ready, they want to stay and enjoy themselves for a bit before going anywhere else. So, go dance, have some drinks with the girl, and try to feel things out. Oh, and be aggressive in your pursuit, especially on the dance floor. Expect to be grinded up on most of the time.

There are some tips you need to know for getting out of there with a girl to have sex. She’ll likely need to walk far back from you when you’re on your way to your place, or another club. Police will harass her if she’s walking with you, especially if she’s darker. Also, don’t share a cab, but have a separate cab take her away to your place.

And again, be prepared to give her a bit of money or a small gift.

As for where to go, aside from getting a feel for the best places while you’re there on the ground, you can always bet on a good time at Cuban Art Factory (pictures above), which is arguably the most popular club here. This is actually a huge cultural center with several different floors and even an art gallery. It’s the one place I highly recommend in Havana’s nightlife, and if you watch my video down below, you’ll understand why. There is a 250 CUP admission fee, and drinks are fairly priced (a Cuba Libre is 200 CUP).

Other new and increasingly popular bars are Habana Cafe, The Tavern and Jazz Club La Zorra y el Cuervo (see the map below). 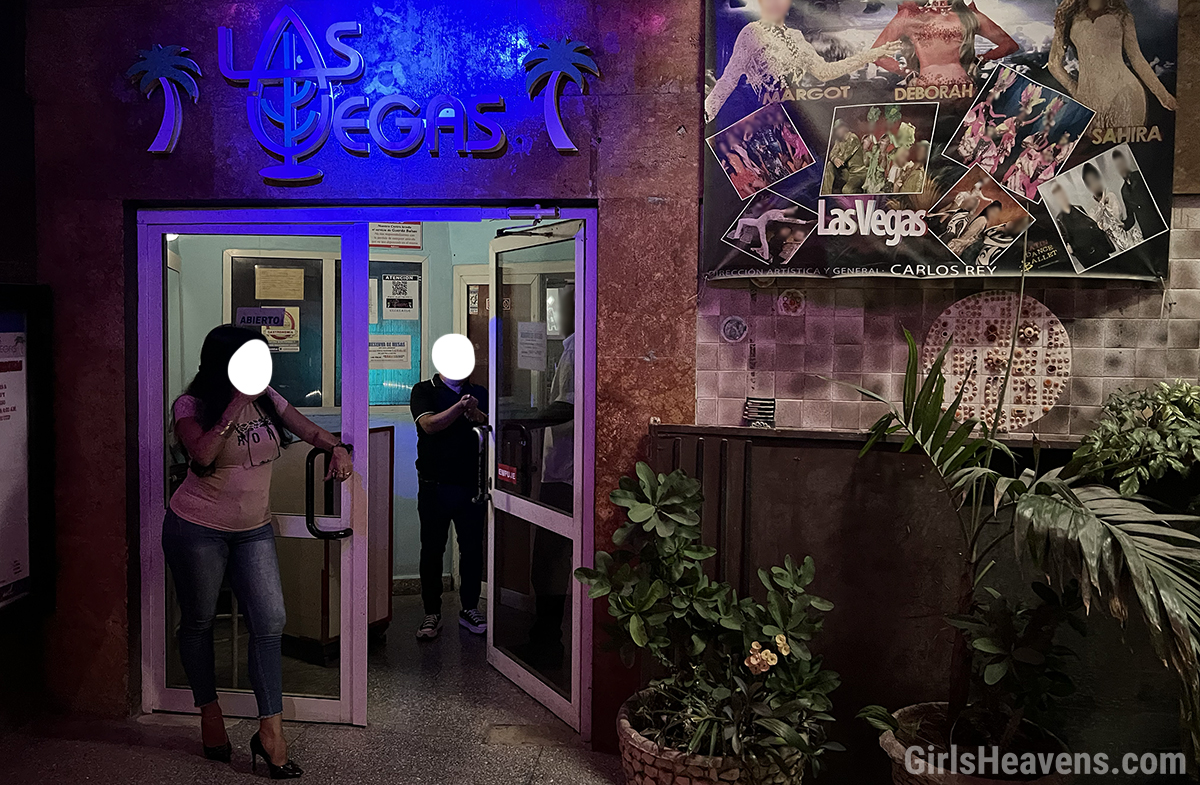 And guess what, there are also a couple of bars where you can meet sexy travestis (shemales). Cabaret Las Vegas in Vedado (picture above and video below) has drag shows at 12:30am (yes, that late) with three ladyboys on rotation. They charge 250 CUP at the entrance, and 250 CUP as well for a beer (only Old Milwaukee available).

Another, similar bar with Cuban transgenders is X Y about 700 meters from Las Vegas in the same area.

Havana Girls on the Street

Okay, this is really where it’s at, don’t be thrown off by the misleading title. Due to clubs and bars being expensive for most locals, and due to the culture norms here in general, most people simply hang out on the streets, which is probably the most popular thing to do here.

The Malecon Sea Wall is the best place to take a stroll. At night, tons of locals simply sit along the famous promenade and hang out. You can just walk down the coast and strike up conversations with any number of hot chicas. It’s really actually pretty awesome, and it’s free, so there’s that. If you’re good at game, and know some Spanish, this is where you need to be if you want to meet girls for sex. One tip: The hookers usually carry small handbags, it kind of signals that they are working girls.

Old Havana is another good spot to check out too, especially along the atmospheric Paseo del Prado promenade. Grab a cheap beer or mojito, take a walk, and enjoy the sites and sounds of Havana while meeting some hot locals. You’ll love it.

Talking about prices, the days where 20 USD (or the equivalent in CUP) was the unspoken rule for a sex worker in La Habana are pretty much over, today 30 USD seems to be the norm – even though it’s very common that you get quoted 50 USD at first, so be prepared to negotiate.

Since the mid 2010s, all the famous strip clubs and brothels have disappeared. There aren’t even any hidden ones. So, don’t show up thinking you can ask the locals where they are, they literally don’t exist anymore.

The same can be said with escort girls. There are no escort agencies, since prostitution involving pimps or any third parties in general is illegal. Fortunately, most every hot girl here is an escort of sorts (for the right price), but you can’t just look up her listing and call her up.

Havana Girls on the Dating Site

Internet usage in Cuba was heavily restricted until the last few years, and even now it’s still very much censored. Still, there are some Cuban girls who get on dating sites, looking for tourist westerner gringos to show them a good time when they arrive, and of course buy them some shit.

You can find some Cuban girls on the famous dating site, where you can meet girls from most any Latin country, not just Cuba. It’s worth a shot, and you may even find some girls from nearby countries such as the Dominican Republic who may be planning a visit to Havana.

As I’ve said, Havana is a different animal in so many ways. Still, it’s relatively cheap to visit, abnormally safe, and still holds a ton of adventure, and of course, hot Cuban girls.

Now that it’s so much easier to come here, go book a flight, find a “casa particular”, and practice your Spanish in the meantime, because you’re going to be needing it around all these beautiful Havana girls.

Map of Places to Meet Girls in Havana

Videos of Girls in Havana