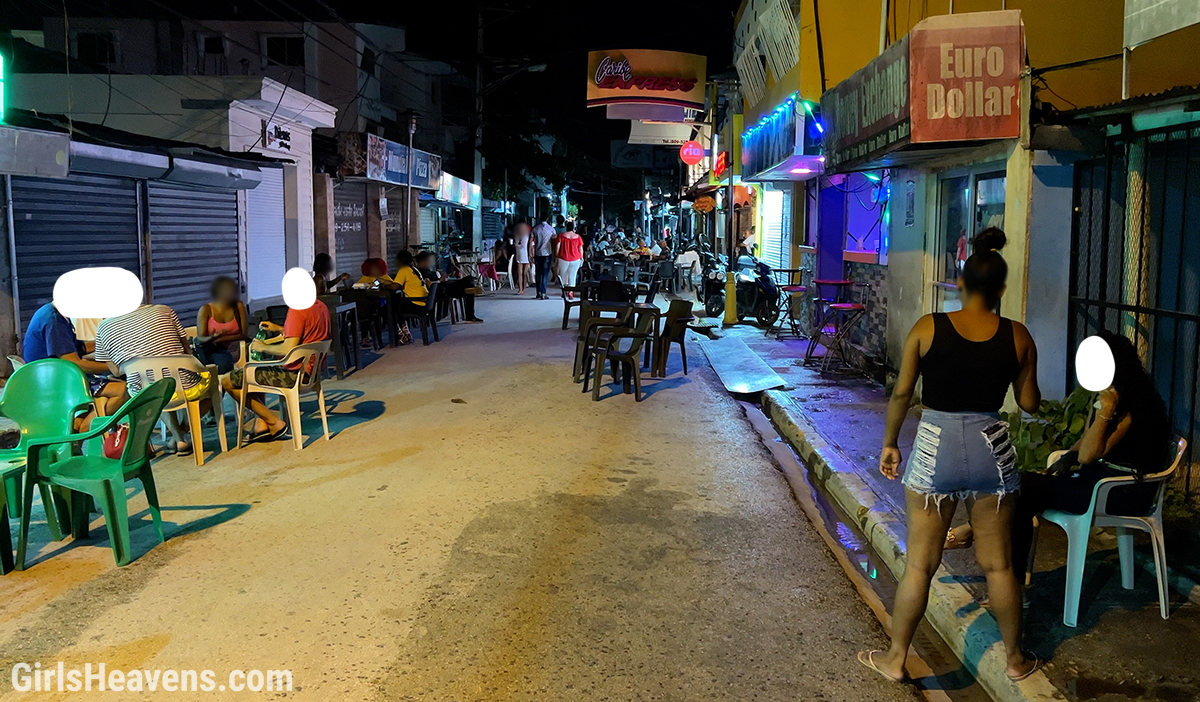 The Dominican Republic is a hidden secret in some ways, as there are plenty of guys that are perfectly happy hitting up the same old places in Thailand, Colombia, The Philippines, and really just wherever else. That’s perfectly fine – everyone has their preferences.

In the Dominican, things are a little different from some of the more popular sex destinations, and a lot of (false) hearsay has made its way around as well. This causes some to steer clear, and that’s especially true with Boca Chica.

Sure, places like Sosua and Santo Domingo offer a lot in the way of general mongering and girls, but Boca Chica is a perfectly nice destination as well. In fact, some prefer it out of the two. It takes some time getting used to, but once you do, you can pretty much have your fun every day.

Boca Chica is actually a city in the province of Santo Domingo (it’s only 30 minutes by taxi or Uber from downtown), and it’s situated right on the beach, making it a tourist destination of sorts as well. Late at night, it becomes a prime mongering haven.

There are some advantages to Boca Chica, mainly due to its smaller size. This keeps everything within the same proximity, so there’s no need to worry about taking a taxi halfway across town to get from the club back to your room with a girl.

So, if you’re into nice beaches, a less busy vibe, and condensed nightlife, this may very well be the place for you.

Boca Chica is very much a typical Dominican city, but there are some unique aspects you need to be aware of, as it’ll better prepare you for the things you’re likely to experience.

If you’re familiar with the general atmosphere of the DR, you’re a step ahead in Boca Chica. This is not a very rich country, and Boca Chica may very well be the poorest of the main destinations in the country. Not to say it’s run down or unsafe, it’s just not as nice, and the working girls here are a little more aggressive.

During the day, the place is pretty chilled out, and actually a little quiet. You can spend your time hanging out on the beach, or just relax at any of the beachside bars and restaurants, passing time until the night begins. The beaches can be a bit crowded and annoying depending on the time of year (and the area), but they are still worth seeing. Prepare to get hassled a lot from the locals though, as they’ll try to get you to buy a ton of different stuff.

The girls here are very straightforward and confident for the most part, and they are doing anything they can to squeeze that extra bit of money out of unsuspecting gringos. If you’re used to the more submissive, quiet girls in Asian countries, it’s the opposite of that here. You’ll be approached on the beach, at the bar, walking down the street, wherever.

As with other towns in the Caribbean, it’s good to bring along a stash of gifts to give the girls so they won’t bug you for other shit. This includes things like perfume, handbags, dresses, etc. Buy them online before you come, and never leave anything out in your hotel room; it’ll either get stolen, or the girl will try to guilt you into giving it to her. Distract with the gifts you brought instead.

A lot of girls here are dark, and there are a lot of Haitians too. Lots of lighter Latinas as well, but definitely darker than a lot of other areas. If that’s your thing you’ll love it even more.

Oh, and another thing, like other DR towns, 90% of the girls in the nightlife here are working, even if they are just semi-pros. Even if not, expect to give something after you’ve had sex, which will always at least include the taxi fare.

Boca Chica is small, and the main nightlife is all condensed together. Calle Duarte is the place to be, as it has all the clubs, bars, restaurants, and hotels. The street gets closed to traffic at sundown, and everything moves off the curb and into the street. Around 9pm, families go home, and the bars and clubs take over the area.

There are plenty of hotels and Airbnb’s to rent around this area, and some resorts on each end. Again, it’s easy to stay close to everything. 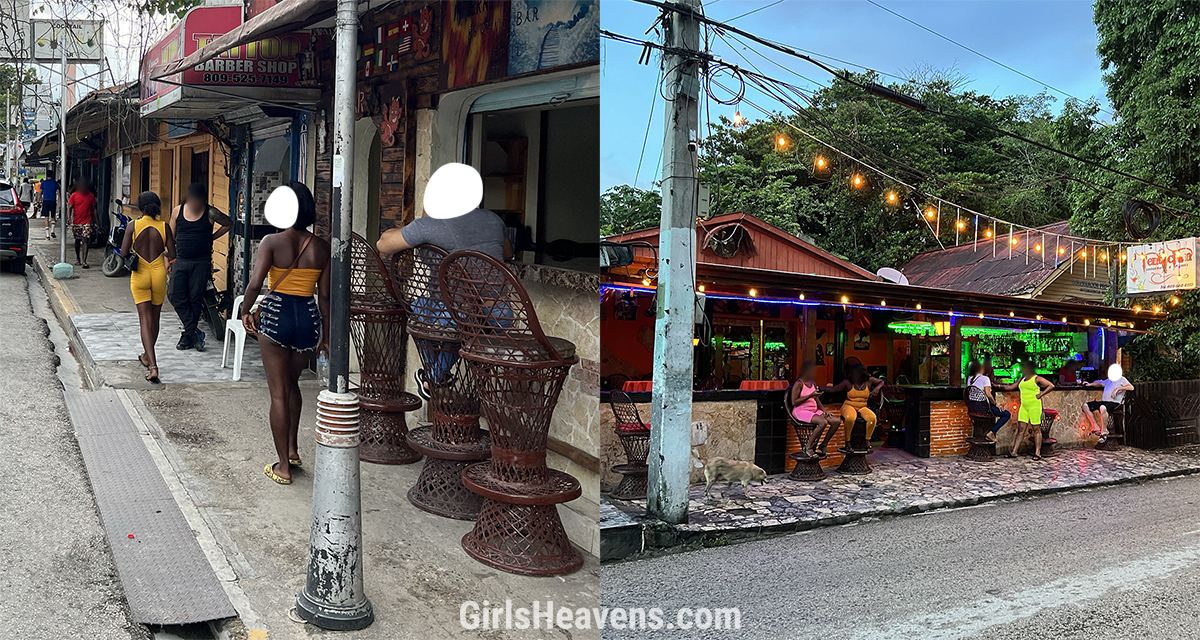 There aren’t many bars and clubs that remain constant in Boca Chica, so it’s best to just hit up Calle Duarte and see what’s going on. Around 10pm, the bars will be flooded with hookers, and it’s not hard to strike up a conversation within one minute after entering. Just make some eye contact, and you’ll be joined within seconds, where you can then negotiate things.

Everything here is informal, so there’s no need to worry about bar fees or any of that stuff. The girls are independent, and aside from buying her a drink or two, all your money will go to her.

There are maybe a few ladies that will be out on the weekends that aren’t pros or semi-pros, but that’s a rarity. And even if you meet one, you’ll still likely be paying for something for her, so don’t let your guard down back at the hotel, even if you end up making her your temporary girlfriend for the remainder of the trip.

Anyway, the bars and clubs can be fun no matter what, so have a few Cuba Libres and take it all in.

Amigos Night Life and Tentacion Lounge Bar are two of the most popular bars in the area. This is where the majority of working girls go each night, and where you’ll have the most options. Take your time when you arrive, and make your way through all the options. Most girls will be willing to go back for a sex session for about 1,500 DOP, but the hotter ones may ask for 2,500 DOP if they think you’ll pay. A local beer costs 150 DOP.

Batey Drink House is the most popular night club in the city, and it really gets going around 1am. This is a good place to spend a little extra time, get your prospective girl or date a few drinks, enjoy the time there, and head back to your place afterwards. 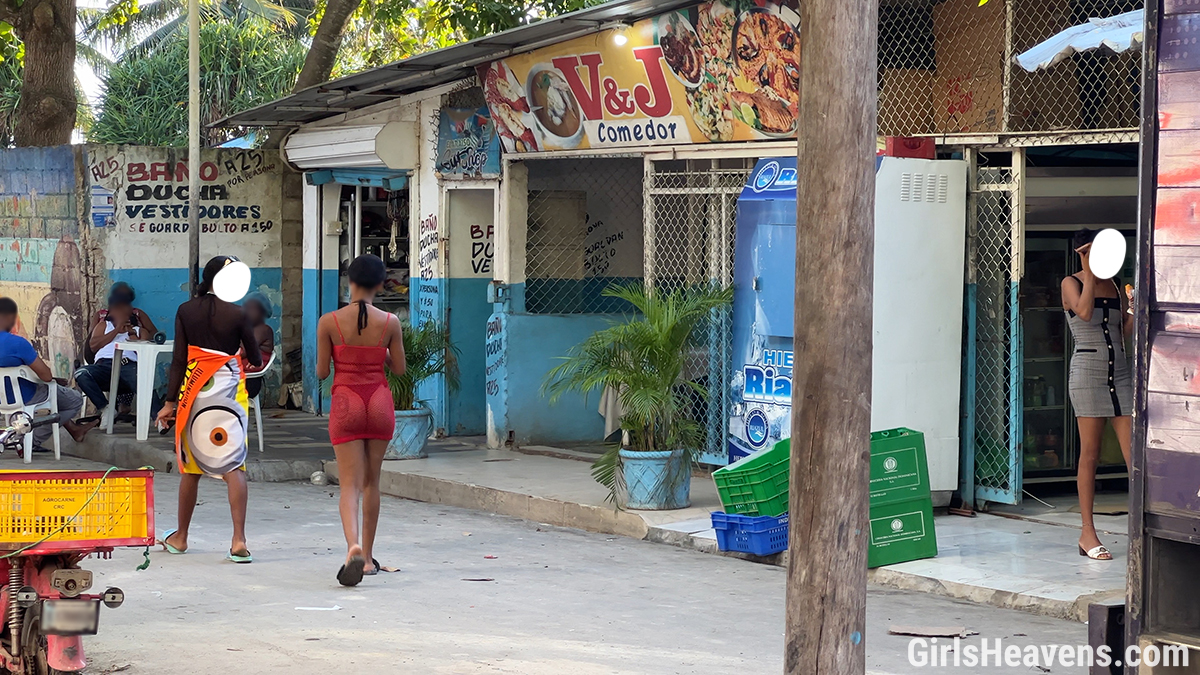 Go to Calle Duarte at any time of the day, and you will almost guaranteed see prostitutes right on the street – the later in the day, the more ladies.

These chicas are really “2 in 1” type of sex workers: street and bar freelancers. Means they would stroll along the street, walk into random bars, sit down usually without ordering a drink, and after a while go out on the street again if they haven’t made contact with a guy. And repeat this until they do.

The sex prices are obviously also the same as mentioned in the previous section – 1,500-2,000 DOP are common. 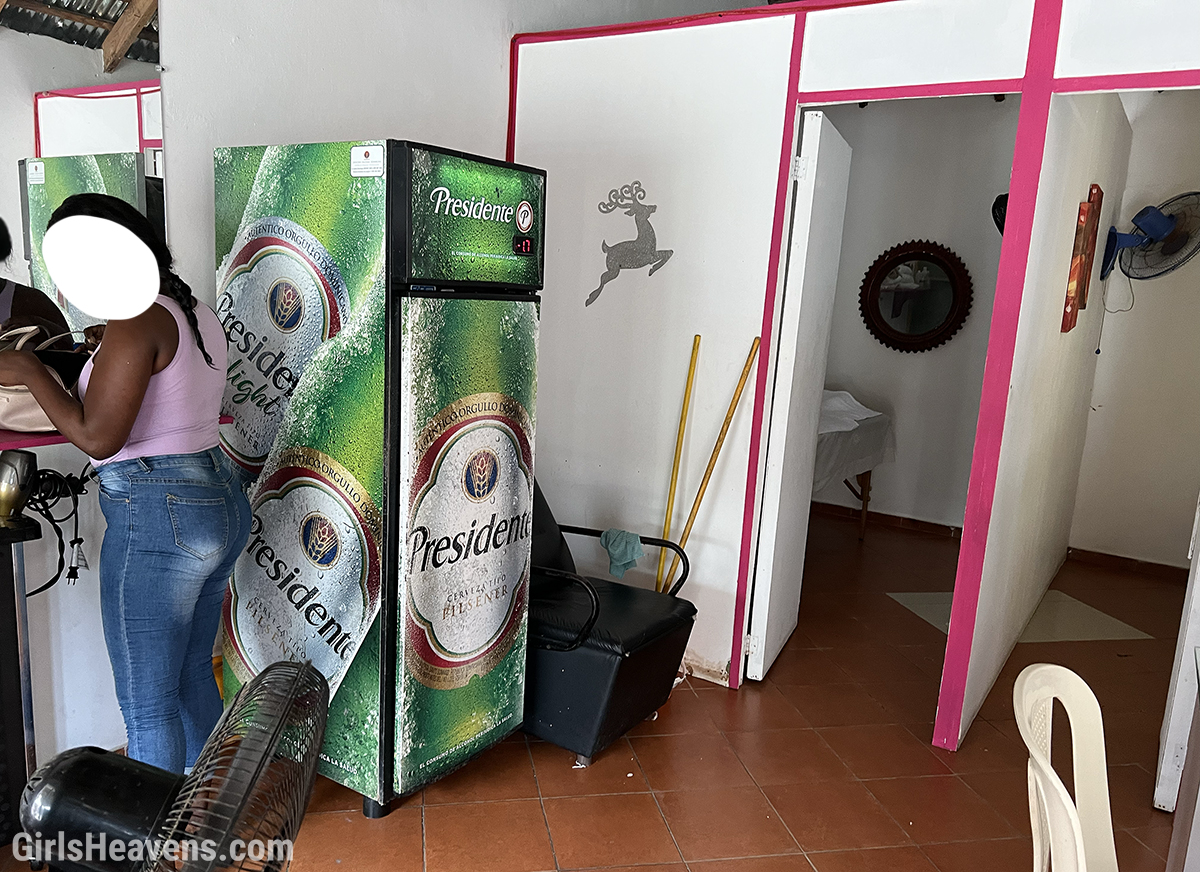 There are a couple of naughty massage spas on Duarte Street among the bars. Like you probably guessed, you can almost always get more than just a massage at these places, so ask your girl upfront at the beginning, or towards the end of the massage.

The prices at these salons are exactly the same as up in Sosua: 500 DOP for 30 minutes and 1,000 DOP for 1 hour (not including the tip for whatever happy ending you want – up to 1,000 DOP for a hand job is what most guys are willing to pay).

If your hotel has in-room massages available, it’s worth asking your girl if she’s down for some “extras”. It’s Boca Chica after all, so she probably is – for the right price.

Escorts can be found fairly easily in Boca Chica, and going this route saves you the trouble of going to the bar and haggling. Just search on Google for “Boca Chica escorts” and you’ll find several sites to check out listings of escort ladies.

Be prepared to pay more money though, sometimes as much as 5,000 DOP for a one hour sex meet-up. For many, the ability to choose your girl online and have her come to your place is more than worth it. If not, you probably find the next option better:

If you want to meet girls in Boca Chica that are both super attractive and fun to hang out with, using a dating site is probably your best option. Seeking Arrangement is a hugely popular dating site both among expats in the country as well as tourists who want to meet up with nice local ladies.

Boca Chica is an adventure, and is better for experienced mongers who know what they’re doing. But even if you’re newer at this, it’s a good way to learn some things, and of course to have sex with some hot Dominican women without spending too much.

If your mongering (and Spanish) game is on point, you can have a great time here for very cheap, and that includes both daytime and nighttime activities. If you’re in the Dom Rep for more than just a week, I’d recommend dropping by for at least 2-3 days at some point during the trip. I promise you it’ll be worth it.

Map of Places to Meet Girls in Boca Chica

Video of Girls in Boca Chica