I’ve already been through all of the best places to meet girls in Bogota, Colombia, so now it makes sense to highlight some of the best spots to stay that are supportive in your conquests among the many beautiful women here.

If you think that Bogota is going to be a lot more lax than cities like Rio de Janeiro in terms of guest policies, you’re wrong. The city’s hotels are not as girl-friendly as they used to be, so you can’t depend on just any hotel to allow you to bring an unregistered guest back with you at the end of the night, and certainly not an escort showing up at your door.

That said, it really dwindles your hotel choices down quite a bit, if you are solely in need of a guest friendly location. Sure, the obvious solution is to go out and get a love motel with whatever girl you’re with, but if you are trying to go for that classic “back to my place” experience, a love motel is probably not your first choice overall, but it is a sufficient backup if needed.

So what are the best areas to stay in? In terms of being around the best nightlife and meeting girls for sex, the Zona Rosa district is best. Plenty of bars and clubs, and depending on where you are going, they may very well be within walking distance, or at least a very short cab ride away.

The center part of the city has lots to do as well, and you’re still nearby to where most of the action is. It’s not as nice as the northernmost part of the city, but still totally fine to stay in, and get out during the day.

Here is a brief overview of the criteria I use to determine these hotels.

Guest-friendly – This is obviously the most important. You don’t want to arrive in from a night of partying with a girl on your arm, only to have her turned away by the hotel staff. Kind of kills the mood. The five hotels on my list will allow you to bring a girl back to your room for sex, although she may have to register first at the desk.

Value – Not everyone wants to splurge on a five-star hotel each night they are in the city. Actually, most guys who are here to meet girls won’t be. Some of the hotels on this list are more expensive than others, and I was sure to mix in both price ranges.

Location – It’s not very ideal to have to call a cab and drive 15 minutes across the city to the best spots. These five hotels are all nearby to the nightlife hot spots, and lots to do in the daytime as well.

Extras – You’re staying at a hotel, so you might as well enjoy some added amenities, right?

So here is the list of the currently five best hotels in Bogota if you want to bring a girl back for sex: 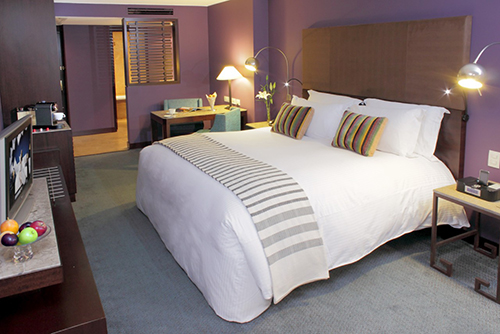 The Sofitel Bogota Victoria Regia is a very nice hotel that’s located in a great spot in the northern part of the city, right inside Zona T. It feels like a very high-end hotel from the moment you walk in, and that’s exactly what it is.

Everything from the lobby to the rooms is contemporary, and very clean. The staff is very accommodating, and there’s an excellent complimentary breakfast. The hotel has a decent bar as well if you want to try your luck with some fellow guests, which is always a good idea.

The location is a big selling point here. You are right off the street in a great part of Zona T, and you’re pretty much close to all the things you’d need to be. You can walk to numerous places, which of course means you can walk back at night. The close proximity to the nightlife is a good strategy when getting a girl back to your room instead of having to drive to a love motel. The The Sofitel Bogota Victoria Regia is obviously not cheap – expect to pay around $130 a night. 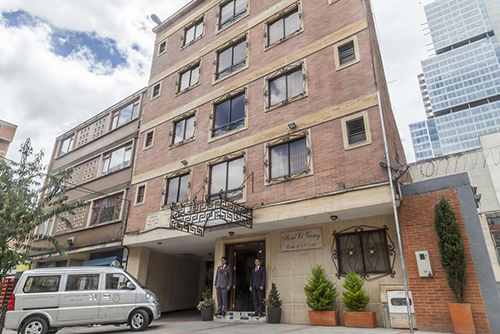 The Hotel El Virrey Centro is a very inexpensive hotel that is located in the central downtown area. It provides one of the better values in terms of room quality and location, and they also allow you to bring a guest back with you.

While the rooms aren’t all that special, they are still respectable, and the hotel also has free breakfast and a solid restaurant, both of which can come in handy.

The area isn’t the best at night, but during the day you’re definitely okay. If you’re looking for a decent hotel suitable for having girls and sex, but don’t want to spend a lot, the Hotel El Virrey Centro should be on your list. Rooms run around $50 a night. 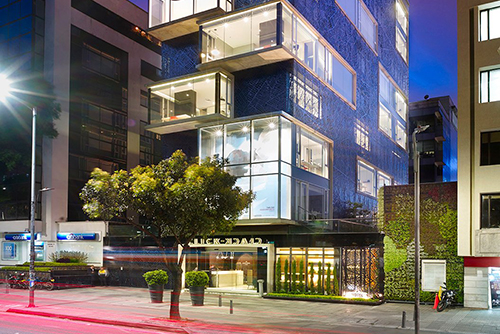 A fairly newer hotel, the Click Clack is very modern, and very fun. Everything here is iPad based, including phone calls. It’s located in the northern part of the city, smashed in between lots of restaurants, clubs, and bars, and also close to Parque de la 93, which is a popular park that always has things going on.

The rooms are very sleek and soundproof, and you can even pay an upfront fee for full access to the mini bar. Buffet breakfast is included, and there is a rooftop patio bar called Apache that is always full of people.

This is one of the more walking friendly hotels in the area. You’re pretty much close to everything. It’s also a great way to impress a local girl by dropping the fact that you have a room here, in a cool hotel, minutes from the bar you’re in. How about that. For around $80 per night, it’s one of the best deals around.

Probably the most recognizable hotel on this list, the Hilton Bogota is definitely higher-end, and has one of the best locations. It’s one of those all-encompassing hotel experiences that’s geared towards Westerners, giving you all the feel of a Western hotel even when in the middle of Bogota.

The rooms are high-quality and extremely nice, and the staff is very eager to help with pretty much anything. The free buffet breakfast is excellent, and the bar and restaurant are rather upscale in a good way.

Casa Libreria Wilborada 1047, Iglesia Nuestra Senora de Lourdes, and Atlantis Plaza are all nearby, along with many nightlife options. This hotel is definitely for anyone wanting to have a luxurious stay in a super nice area. It’s going to cost you though, about $140 per night.

This list just had to include a love motel. There are countless ones around Bogota, but not many that you can find on Agoda.

Located in the western part of the city, Elysium successfully avoids all the weird themes that some love motels have, and opts for a more modern, upscale appearance that is anything but tacky. This is by far one of the nicer love motels in the city.

You can go for a basic room, or upgrade to a Jacuzzi room with a large shower. Either way, all of the rooms go for a more hotel-like appearance, instead of the obvious love motel look. Rooms range from $48 to $100 per night.