Overview to Sex Massages in Vietnam

The massage parlors are the most popular type of red light establishment in Vietnam – not only among the local Vietnamese men, but also among foreigners.

There is not a big girly bar scene neither in Saigon nor Hanoi (well, there are some hostess bars on Bui Vien Street and Little Japan in Saigon, but these places are more for sitting and drinking with the ladies and not so much for buying them out for sex in the hotel), and also the other types of hookers in this country are not nearly as prevalent as in other countries in the region, especially Thailand or the Philippines where you’ll see a huge amount of street girls, club freelancers, escorts etc.

That’s why the majority of sex workers in Vietnam are working in the massage parlors. So in this guide I’ll give you the complete overview of the most popular places in the big 3 cities of Vietnam – Saigon, Hanoi and Da Nang.

By the way, if you are wondering if there are any happy ending massages in the historic towns of Hoi An or Hue – forget it. There are a handful of salons in both places, but it’s not the type of “all-inclusive” service you find elsewhere, and the chances for a hand job at the end of the session in exchange for some tip are usually close to zero.

Dai Nam Hotel and Boss Palace Hotel (picture) are two of the most popular places in town, and they are also foreigner friendly, means no scams or overcharging. You pay around 300k for the massage and another 300k in tip for the happy ending (it’s up to you, but they usually expect at least the amount of the massage itself).

An alternative are the small massage salons on Bui Vien Street and District 1. They are not as discrete as the hotel massages, means the ladies stand or sit outside their shops with a service menu in their hand and try to lure you in with their charm (along with their sexy bodies and outfits). These places are 100% oriented towards foreigners who don’t know that they can get a better deal and less hassle at the hotel massages (they can be very aggressive in price negotiations for the hand job or blow job). 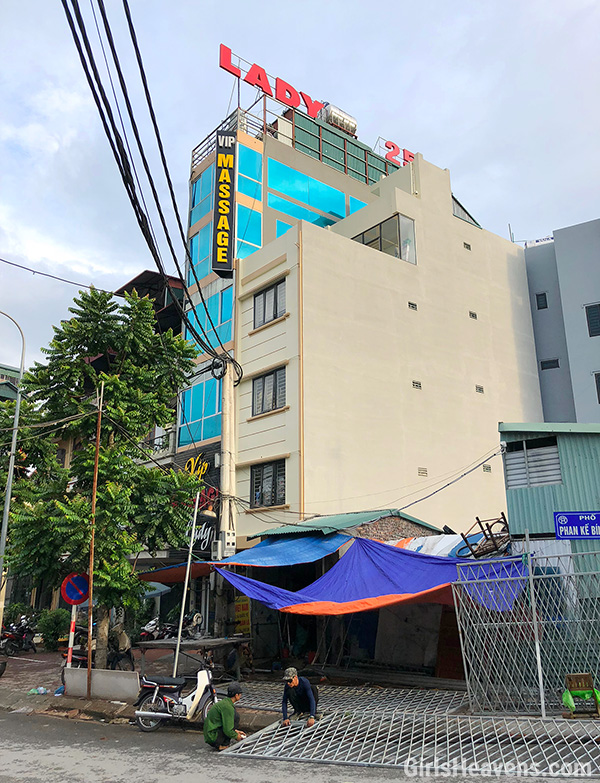 The massage scene in Hanoi is similar compared to the one in Saigon – there are bigger parlors with guaranteed “special” service, and the smaller salons where it depends on the massage lady if she provides extras or not.

Lady Windy Spa (picture) and Fortuna Hotel Massage are known for having not only the highest amount of girls working, but also some of the youngest and most attractive ones.

I went in and inquired the price at Lady Windy – they told me it’s 450k for the VIP room plus 500k for tip. I didn’t take the service, even though I read on some reviews that they have nice and modern rooms with hot tubs and yes, that tip would include not a hand job, but full sex. But I personally don’t like to pay so much in countries where it’s so easy to meet girls on a dating site.

And the small massage salons in Hanoi are located in the Old Quarter, especially along Hang Trong Street behind the lake and Hang Be Street in the tourist area.

The sex massages in Da Nang are a lot more difficult to find than in Hanoi and Ho Chi Minh City – it’s very unlikely that you discover them by just randomly walking around town: There are no such places where girls in short skirts stand outside and offer you their service as you approach.

Two of the most popular happy ending massages in town are Thu Bon Hotel (picture) and Moonlight Hotel. You first pay the price for the massage, and then negotiate a tip with the lady for the hand job, blow job or sex (note that some girls don’t do full service, no matter how much Dong you offer them).