Having Sex With An Indonesian Bar Girl

Even though Indonesia is getting more and more popular among single male travelers, there is still a lot of confusion regarding the different entertainment venues. I’ve already put together a comprehensive guide on the 10 different types of hookers in Indonesia, so if you haven’t read that one yet, I’d recommend you to check it out first, and then come back to this article.

The one type of girl you probably are most interested in are the bar girls –  because most guys like to go out in the evening and have a beer somewhere, while having some young and sexy local girls around. And no need to commit to anything like with a soapy massage, escort or street hooker.

The problem is that the girly bar scene in Indonesia is very different compared to other popular countries in the region – you don’t have huge strips of “beer bars” like in Bangkok, “hostess bars” like in Phnom Penh or “sports bars” like in Manila.

It’s all much more discrete here, mainly because the authorities don’t want to be seen as a second Thailand in terms of sex tourism. That’s why you won’t usually just stumble upon the bars with “open-minded” Indonesian girls – you need to know where to go, and that’s exactly what I’m showing you here in my Indonesia Guides on Girls Heavens. In this article, I’ll give you an overview and how it works in those places.

The bar girls in Indonesia work in 2 different types of bars:

The girly bars are generally the most popular type of place among foreigners to relax, have a few beers and meet girls for sex. It’s always a great atmosphere in these bars, you can also watch live sports on the TVs, play pool with the girls or other travelers and expats and if you like one of the girls, you can buy them a so called “lady drink”. That way she will sit with you and make sure you have a nice time.

The great thing about these lady bars is that you are very flexible in what to do – when you arrive you can just order your beer (regular bar prices, like 45k for a Bintang or 60k for a Heineken), sit and watch. Surely, sooner or later one of the girls will come over to you and start talking, hoping that you invite her for a drink (around 60-75k per bottle of beer or glass of whiskey coke) – but you don’t have to do that of course, or you can request a different girl.

If you do hang out with one of the bar girls and have a good feeling with her, then you can also take her out of the bar to have sex in your hotel. You will need to check the rules of the bar though – some places don’t allow their girls to leave before they close, while others charge a bar fine of 100k per hour or a fixed price of like 300k.

And the price for sex with the girl has to be negotiated of course – sadly, most of the bar ladies have horrendous price expectations these days, or at least they just quote you a ridiculous first offer which is often 1 or even 2 million. You should never pay more than 500k for short time, that has been the standard rate for many years – and I know many guys who go with the same rule. 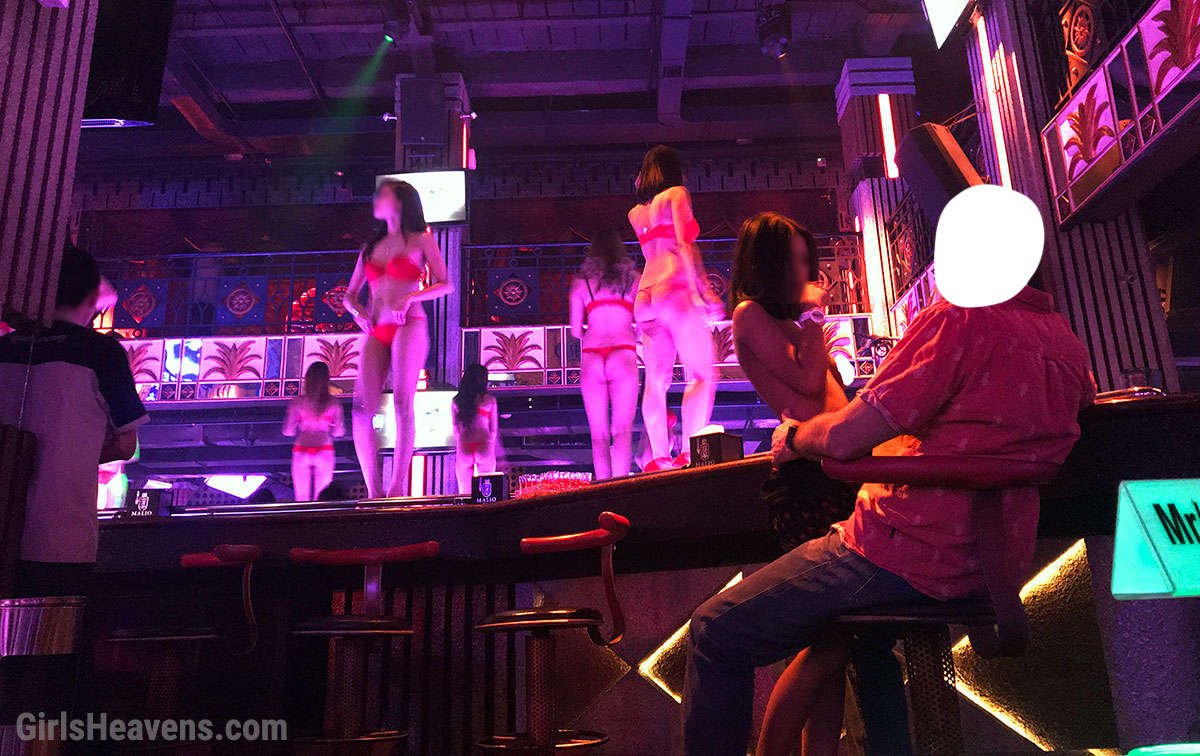 The other type of place with bar girls in Indonesia are the strip clubs. They are usually located within the infamous “One Stop Entertainment” venues, mainly in Jakarta, that also have other facilities such as spas with pool and sauna, karaoke as well as short time rooms to have sex with any girl working in the different sections of the place.

The prices in the strip clubs are slightly more expensive than in the “regular” girly bars, so you’ll pay around 80k for beers and 150-200k for spirits and cocktails. One thing you’ll notice soon in the strip clubs is that the girls are much more, well, diligent when it comes to getting what they want.

They throw themselves at you and let you grab their tits, but they expect you to buy them drinks right away – usually shots for 50k (and they often ask “how many” right away, but don’t worry, you can just buy them one at a time).

And regarding the sex prices, well, most of the girls will quote you 2 million for 1 shot, which is ridiculous if you ask me. I was even quoted 1.3 million for a bow job in Malio last week. Yes, those prices are negotiable of course, but they won’t reduce their prices as much as the girls in the girly bars (see above).

If you pay the bar fine for a girl in the girly bar, then she will usually stay with you for the whole night (so yes, you can have sex several times if you want). You don’t even need to ask her whether “short time or long time” – that just signals her that you are a first timer and have no idea how it works. What you could do though is to just confirm with her that “you stay until morning, ok?”.

Well, sex with prostitutes is never 100% safe, but if you use your common sense and don’t leave your valuables unattended (especially when taking a shower) then you shouldn’t have any issues, just like in Thailand.

In fact, the bar girls are the safest type of hooker, because unlike with freelancers from the clubs or streets you do know where to find them the following day in case something happened – and of course, they know that too.

And safe in regards to sexual diseases? Well, I probably don’t have to tell you that the rate of HIV-infected girls in Indonesia is among the highest in Asia, so I strongly recommend you to always wear condoms.

Which place offers a better value for money?

If you read through both descriptions, you probably already know my opinion on this: Most strip clubs are terribly overpriced and the attitude of the girls generally sucks as well, they behave like you are a millionaire and don’t care about money at all.

The overall atmosphere and also the prices in the girly bars are just so much better, the girls are not that pushing and business oriented, and it’s even fun to just play pool with the other people and have a nice conversation. Sure, the ladies in the strip clubs are a little more attractive on average, but that doesn’t justify their 4x price tag.

I personally think the massage parlors like Hotel Travel and Classic Hotel offer the best value for money in terms of hookers (300-400k for super hot chicks), and if you know what you do you can even get laid with “normal girls”: